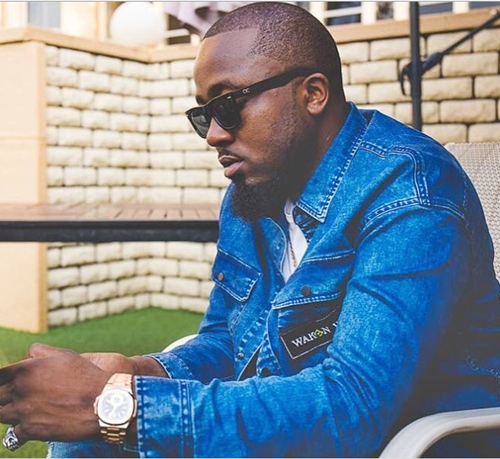 While speaking in an interview with Soundcity TV, popular Nigerian rapper, Panshak Zamani, better known as Ice Prince, said he will not stop singing despite the recent criticism of rappers who do so.
In recent times, Nigerian rappers have been heavily criticized for ‘singing’ in an attempt to attain commercial success, and much recently, MI Abaga released a song entitled ‘You Rappers Should Fix Up Your Lives’ which has generated controversy among rappers and hip-hop fans.
When the former Chocolate City artiste was asked about his style of music, he said: “I experiment a lot. I am the kind of artiste that will rap today, sing tomorrow. So yeah, I experiment a lot. I’ve been experimenting for a while, I don’t think I will stop experimenting.”
Ice Prince also disclosed that actor Gbenro Ajibade spurred him into making a biopic entitled ‘Me vs Me’ which was shot on location in Jos, Plateau state, and will see Ajibade make his directorial debut.
Ice Prince said ‘Me vs Me’ was originally a song on his ‘Jos To The World’ album, but when Ajibade heard it, he advised him to make a movie out of it.
“The movie is from a song on my last album called ‘Me Vs Me’. Gbenro Ajibade heard the song and said ‘Ice this is not a song, you need to make a movie out of it’. That’s how ‘Me Vs Me’ was birthed,” he said.
Ice Prince also described himself as “very successful” despite recent criticisms that he’s fallen off the top of the music industry.
“I am so successful. Listen, I am so successful. As I’m talking about it now, I’m actually thinking of it in my head. I am very successful I have seen so much in my life,” he added.
“I have been through a lot. To still be alive and still be able to breathe is success.”
Yes I’m Now Singing and I Won’t Stop – Ice Prince Speaks Amidst Criticism of ‘Singing’ Rappers was last modified: October 30th, 2017 by Arinze Ago