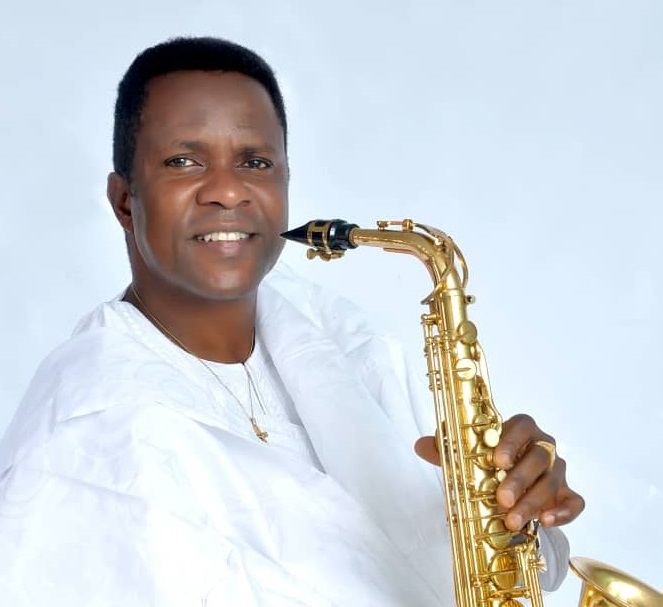 Unarguably, United Kingdom based founder of Cherubim & Seraphim, known as Love of Christ Generation Church, Reverend Mother, Esther Ajayi , is one of the most celebrated individuals around at the moment and this honor is coming her way based on her exemplary gesture.

In the same vein, top juju singer, Yinka Best has lent his voice to joining those blowing the trumpet of the woman of God through a track in one of his three albums ready for release, The Great Legends, in which he eulogized her for her virtues. Best also sing praises of King Sunny Ade in the same album.

Reverend Esther, who is also called Mother Theresa of our /me, aside of preaching the gospel, she is also very dedicated to humanitarian work, with giving as her core even as she preaches peace wherever she 5nds herself. Explaining behind his decision to eulogize the woman, Best says ‘Reverend mother Ajayi has been a blessing to Africa and to the world as a whole. She is a good woman.

There are people like her but they don’t act the way she does. If those privileged her do what she does, life will be easier for us in Nigeria. She’s a philanthropist to the core, she wants better life for everyone and that is the reason I recorded a track to honor her. She’s one of the best things that ever happened to Africa’.

Continuing, as for why I included King Sunny Ade, he says, ‘King Sunny Ade is my father, he loves the younger ones and par/clearly, he has been there for me. He has done things many never thought he could do for me. So, I felt he deserves to be celebrated. Aside from that, he’s a legend, he’s contributed immensely to the society through his songs’. Meanwhile, having been awhile since Yinka released an album, he decided to release three at a go this time. They are titled, The Great Legends, Dancing of Joy and Lift me up. The albums are being planned tobe launched in a grand manner, where dignitaries and people from all walk of life are expected to be present. The event slated to hold 10th February at 10 Degrees event , Oregun is also designed to have top music acts on of performance. Some of musicians that are excepted to be in attendance are Ebenezer Obey, KSA, Salawa, Kwam 1 Pasuma, Lanre Teriba and many more.