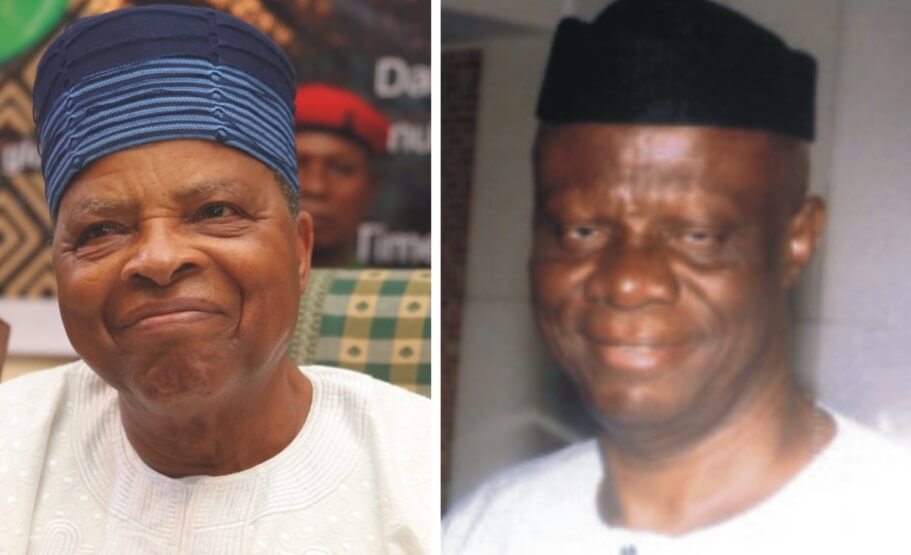 •Under The Umbrella Of Voice Of Reason (VOR)
Last week, 87 Yoruba Elders under the aegies of Voice of Reason (VOR) have dropped another bombshell on what the Yorubas want from the federation called NIGERIA. The group has as members powerful names in Yorubaland. A few months back, VOR dropped its first bombshell in a powerfully worded one page advert serving other ethnic groups the Yoruba demands. This time around, its a 15 point demand. Since our last press release, there have been a number of developments which have not passed us in VOR unnoticed.

1. Former President Obasanjo with his verdict of a lacklustre performance on this government, followed by former President Ibrahim Babangida who said the same thing in a different tone and cadence. Both agreed that the country needs to be restructured urgently to avoid a catastrophe.

2. During the period, APC came out to publicly declare that it now believes in restructuring even as that was an item on the party’s manifesto in 2015. The party has the majority of legislators in the National Assembly, five out of the six geo political zones are in favour of the concept, and PDP too is not averse to the idea. The fact that APC is vacillating in rolling out its road map to achieve the restructuring before the 2019 elections gives VOR the impression that the old trick of “promise-for-vote, renege-when-elected” is at play again. We shall massively work towards encouraging the Yoruba people not to be fooled again.

3. VOR has noticed with consternation, the increased activities of marauders, under the guise of Fulani herdsmen in Yoruba states. The government that hitherto decisively dealt with the issue of cattle rustling now seems unwilling to deal with the menace of killer herdsmen. This situation if not promptly checked may lead to a complete breakdown of law and order if citizens are compelled to take up arms and defend themselves.

4. Cattle rearing is a private business that for several decades was, for convenience, premised on the Grazing Business Model with its attendant consequence of trespassing on other people’s land and properties. Now that most land are being cultivated as farmland by their owners, the grazing business model can no longer suffice and as such must, like other endangered businesses in a rapidly changing business environment, respond to the change by embracing transformation and natural evolution into the Cattle Ranching business model.

Since transformation is the natural safety nest for business survival in a rapidly changing world, it is imperative for those involved in the Cattle rearing business to embrace this change orface imminent collapse.

5. VOR notes and appreciates the declared public offer of Governors Abdullahi Ganduje and Sani Bello of Kano and Niger States respectively, to allocate sufficient land mass forthe need of those in the Cattle rearing business that still believe there is a future in cattle grazing as opposed to ranching. VOR therefore, implores the Federal Government to promptly accept these offers so long as it will restrain the herdsmen from trespassing on other people’s farmlands. Such peace inducing offers will also be welcomed from other States in the North that believe that there is still a future for the cattle grazing model.

6. VOR hereby calls on the State Governments in the South West to recognize that the outdated cattle grazing Model in a rapidly changing world is the root cause of the current killer herdsmen menace and that there would be no respite until they take necessary steps in their respective State to adopt the Cattle Ranching Model as the norm, outlaw cattle grazing and strictly enforce the laws against unauthorized arms possession.

8. On a positive note, VOR welcomes the new law passed by the Lagos State Assembly and signed by Governor Ambode, making Yoruba language compulsory in our schools. We hereby appeal to other state assemblies in Yorubaland to follow the lead of Lagos Inthis regard, thereby preserving the language and culture of Yoruba.

9. VOR also welcomes the introduction of the Parliarnentary system in the local government of Osun State. Apart from saving cost, the rudiments of parliamentary system of government could be learnt at the local level right from now, because there lies the future of governance In Yorubaland. We encourage other states in Yorubaland to follow suit.
10. The din of 2019 election is in the air, VOR reiterates that Politics should not be a Profession, any aspiring office holder must have a recognized, legitimate and VISIBLE business. Many politicians claim to engage in businesses and professions that may be legitimate and recognized, but which are not ‘visible’ businesses.

11. We in VOR accept our vicarious liability in the present situation, whereby we paid exclusive attention to our professions and businesses leaving the political arena open to all sorts of hustlers and charlatans, who take public service as an opportunity for self aggrandisement and social mobility rather than the advancement of society.
Our major efforts would be to correct this anomaly.

12. We shall therefore be encouraging young, talented and educated men and women to go into politics, with the goal of a better society as their mantra rather than service of self.

13. We are not unmindful of the divisive use religion is put to, for pecuniary and political gains. We need to remind our people that religion was never a cause for division in Yorubaland. Traditionalists, Christians and Muslims all belonging to the same family celebrate their different festivals together without any rancour. We should therefore shun those who are soliciting for votes on the basis of religion. They are out to promote themselves only.

14. As we approach the quarter mark of the 21st century without any appreciable leap in the standard of living of our people due to misgovernance that has become more glaring since 1979, with countries like South Korea, Singapore and Malaysia poorer than us at independence, now eons ahead of us, it is clear that there is need for a transformative (radical) change in our politics and governance. We cannot afford any further waste of our resources by politicians crisscrossing parties with no ideology or plan for the people and the country but with their usual focus only on their welfare and what they appropriate from the National Treasury, enthroning nepotism, corruption and impunity.

15. We therefore call on likeminded people across the geopolitical zones who are convinced that only a restructured Nigeria is a viable Nigeria, to join hands with us in a concerted effort to redefine our nation’s polltics and governance in order to unleash its potentials and propel our land truly into the brand new world of the 21st century.