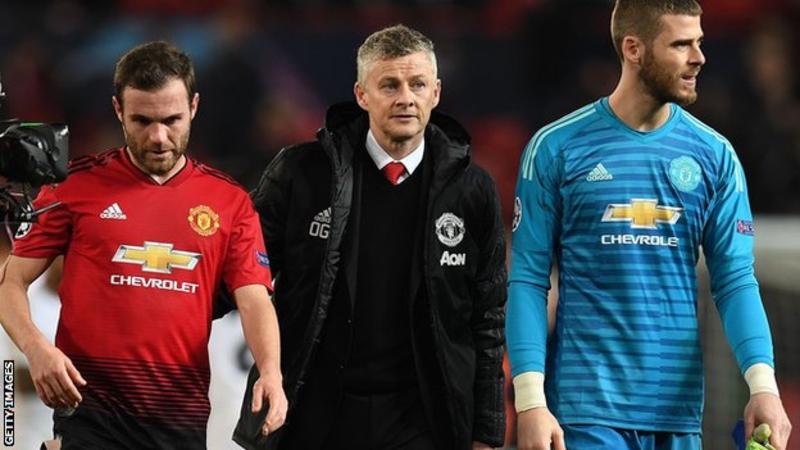 Ole Gunnar Solskjaer says Manchester United will not panic after suffering their first defeat under his interim management.

United won 10 and drew one of Solskjaer’s first 11 games in charge before a 2-0 defeat by Paris St-Germain in the Champions League on Tuesday.

Solskjaer, whose side visit Chelsea in the FA Cup on Monday, says the loss will not change United’s mindset.

“We still want to impose ourselves on games,” said Solskjaer.

“You don’t panic because you have lost a game – it doesn’t change the mindset. We need to keep working on the way we want to play.”

United lost Jesse Lingard and Anthony Martial to first-half injuries against PSG in the last-16 first-leg defeat at Old Trafford.

Solskjaer says the pair will be out for between two and three weeks, meaning they will miss the visit of Premier League title challengers Liverpool next Sunday.

The Norwegian, 45, admitted French champions PSG’s approach to Tuesday’s game was not what he had been expecting, but said matches were decided by individuals rather than tactics.

“Every opponent gives you a tactical challenge but you try and solve them and create problems with your own tactics,” he said.

“Against PSG they came differently than what they’ve done before but games are mostly decided by individual skills, not tactics.”

“You don’t panic because you have lost a game – Solskjaer Charges United was last modified: February 15th, 2019 by Damilare Salami