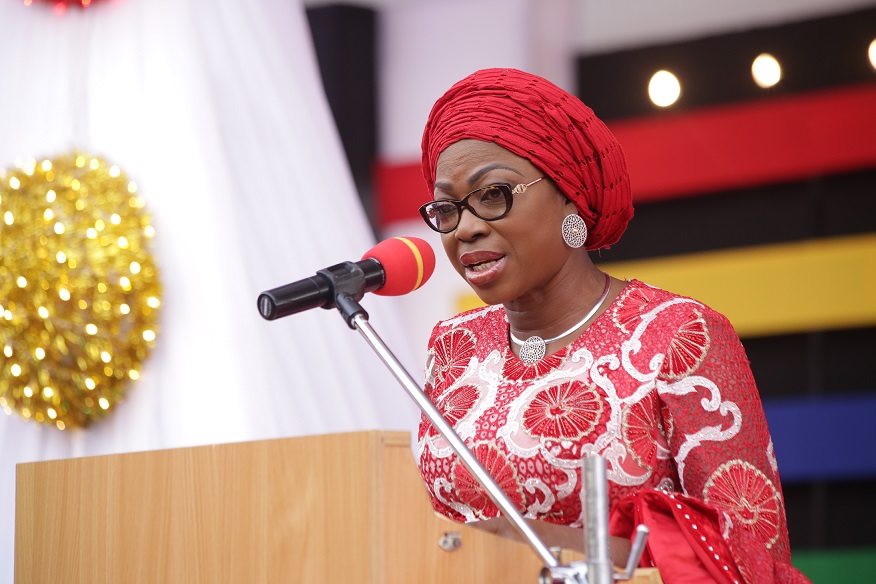 Lagos State Governor, Mr. Akinwunmi Ambode, and his wife, Bolanle on Friday urged Lagosians to rekindle and increase acts of love and kindness to one another, in the spirit of the yuletide.

They gave the charge at a Special Carol Service held at the Lagos House, Alausa, Ikeja, organized by the State Government, to usher in this year’s Christmas celebration.

They said that Christmas symbolizes love, care and compassion for persons, especially the weak, vulnerable and less-privileged, adding that the mandate for everyone at this period, was to make someone happy.

Speaking on the theme, ‘The Chosen One’, Mrs. Ambode said that Jesus Christ, who was being celebrated, came to the world, suffered and died for the sins of men to reconcile humanity to God.

She observed that salvation which he brought and preached, was free for all, offering the golden opportunity for everyone to repent, forsake old and sinful ways and embrace Godliness to make eternity.

“He came to reconcile mankind to God, so that whoever would listen to him, forsake sin and follow his ways, would be re-united in fellowship with God. This is the mandate for which he lived, died and resurrected.

The Governor’s wife stressed that Christmas meant more than mere merriment but remained an injunction that we reach out to the less-privileged who are disadvantaged in several ways.

According to her, “It is important we recognize that Christmas is not just about the merriment, it is more than that. We must spare some time to reflect on the essence of the period, which is the love of God for humanity.

“In this special season therefore, let us spread love and be our brother’s keeper. Let us reach out to those who struggle to provide for their families. Let us put smiles on the faces of the weak and vulnerable,” she said.

Governor Ambode, in his remarks said the season typifies the depth of God’s love for mankind and exemplary sacrifice that people should emulate in their relationship with neighbours irrespective of status and creed.

Noting that the season presents another opportunity to increase acts of kindness and touch the less privileged in the society, the Governor urged Lagosians to continue to pray for peace in Lagos and increased prosperity of residents.

“We shall not relent in our prayers for Lagos to continue in its path of accelerated and unprecedented growth; and we shall look forward to more of your prayers, now, in the New Year and beyond.

“Our government appreciates the spirit of tolerance and cooperation which has provided the enabling environment for growth and development in Lagos State. We will continue to promote healthy community relations with economic opportunities and empowerment prospects for all,” Governor Ambode said.

The Carol Service which is an annual event in Lagos House, had no less than five choir groups on parade, rendering different sonorous hymns in the lush ambience, to an engrossed audience, already in the Christmas mood.