Zaha Injured, To Remain On Sideline For 4 Weeks 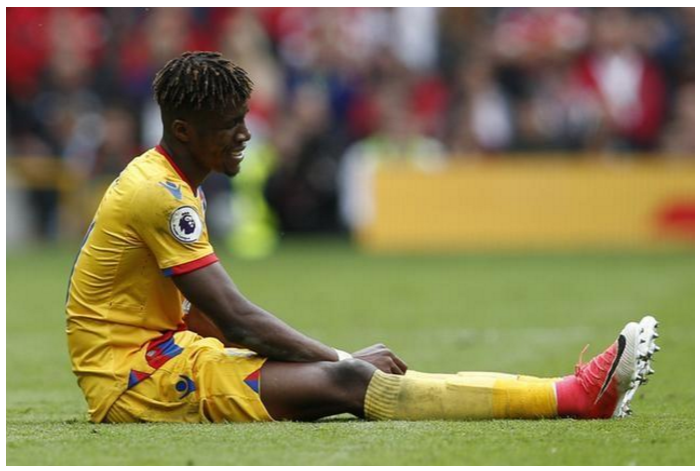 Crystal Palace whiz-kid, Wilfried Zaha will be on the sideline for four weeks following an injury in his right knee during his team’s 3-0 home defeat by newly promoted Huddersfield Town in their opening Premier League game of the season on Saturday.
The Ivory Coast international, who has been Palace’s Player of the Year for the last two seasons and signed a new five-year deal in May, left Selhurst Park with his knee in a brace and his absence is a major setback for manager Frank de Boer.
British media reported that Zaha, who played the full 90 minutes, is likely to be out until after the upcoming international break and would miss Saturday’s league trip to Liverpool and the home game against Swansea City on Aug. 26.
The 24-year-old would also miss a League Cup fixture against Ipswich Town on Aug. 22 and Ivory Coast’s home and away World Cup qualifiers against Gabon on Sept. 2 and Sept. 5, the reports said.
Palace battled relegation all of last season, only narrowly avoiding the drop under then manager Sam Allardyce. The shock defeat by Huddersfield leaves them second-bottom in the table, above only West Ham United, after the opening round of fixtures.

Zaha Injured, To Remain On Sideline For 4 Weeks was last modified: August 16th, 2017 by Damilare Salami