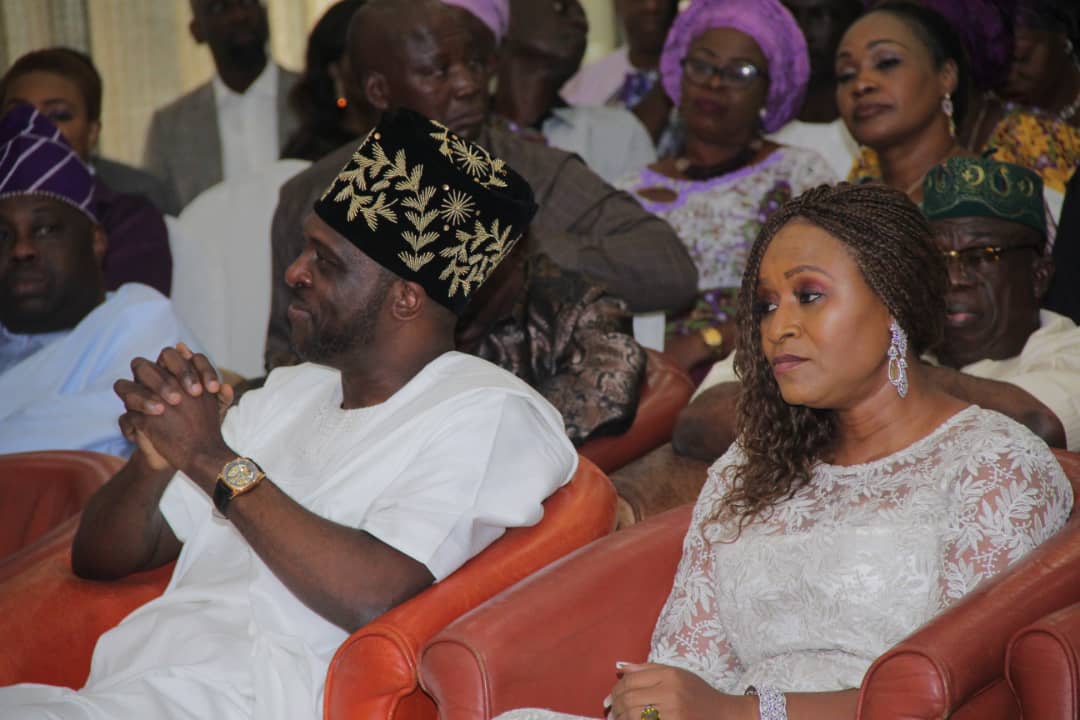 It was a celebration galore for the family of popular Lagos Pastor, Dotun Ojelabi as he celebrated his 50th birthday on the 17th of August 2019 at the prestigious Oriental Hotel, Lekki, where over 180 dignitaries, family, friends and well-wishers stormed the venue to celebrate with him.

It was a 2 in 1 event. The occasion served to mark the celebration of his 50th birthday and launch of his new book titled “A textbook of West African History”.

You will recall that, Pastor Ojelabi’s father Adekunle Ojelabhdai, was a renowned writer. Before his death, he worked on a number of books on history and government, the most popular being “ A textbook of Government for West Africa” written in co-operation with Areoye Oyebola and Boluwaji Olaniyan and a textbook of west African history; which is by sole authorship.

According to the birthday boy, there is no better day to launch this historical master piece than on his own special day, and that explains why the entire arena was flooded with dignitaries. The fact also remains that Pastor Ojelabi is loved by many for his outstanding qualities.