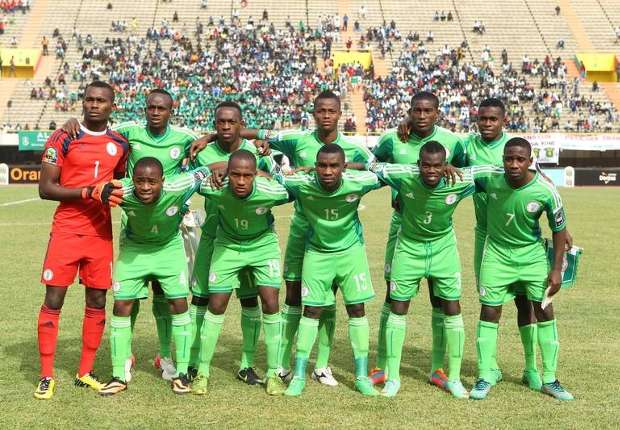 Africa has been known for producing football talents who turn out to become superstars and renowned footballers across the globe. However, luck has refused to shine on some of these players who were expected to live up to the fame they have garnered in their earlier stages of their career. Notably, Lionel Messi and John Obi both featured in the world youth championship 2005, and both went ahead to compete at all levels of football winning several titles at national and club levels.

There were others who also competed at U-17, U-20 and other age grade competitions for different African countries but did not shine beyond that level after having had a great career start. They were either badly managed or dealt a great blow by recurrent injuries that killed their young careers. In this report, we are taking a deeper look at some of Africa’s young talents that did not make it further.

Macauley Chrisantus: was a hero of the U-17 World Cup in 2007, firing Nigeria to the title and prompting interest from the likes of Real Madrid, Chelsea, Liverpool and Tottenham Hotspur. He ultimately left Hearts of Abuja for Hamburg SV in 2007, and while enjoyed a decent scoring record in Spain with Las Palmas, he struggled to hit top form with Sivasspor and AEK Athens and currently plays for Segunda Division outfit CF Reus Deportiu who play at the 4,700-capacity Estadi Municipal

Dominic Adiyiah: At the end of the last decade, there weren’t too many young talents in the world who were more highly regarded than Adiyiah. The forward was the Ghana Premier League’s most exciting player in the 2007-08 season, and followed that up with an outstanding performance at the U-20 World Cup in 2009 when he claimed both the Golden Boot and the Golden Shoe. A Caf Young Player of the Year award followed, while Adiyiah was part of the Black Stars squad that reached the World Cup quarter-final in 2010. Now, he’s playing for Thai side Nakhon Ratchasima.

Gael Kakuta: was dubbed the ‘Black Zidane’ when he moved to Chelsea from Racing Club de Lens in controversial circumstances in 2007. He was quickly taken under Didier Drogba’s wing as the Cote d’Ivoire legend’s protégé, but made just six league appearances during six years at Stamford Bridge, enduring mixed fortunes out on loan at various clubs. The Democratic Republic of Congo international failed to make the grade at Chelsea, and currently features for Deportivo La Coruna, on loan from Hebei China Fortune.

Mbulelo Mabizela: Old John has had a long and distinguished career in South African football, but he was once tipped for bigger things after moving to Tottenham Hotspur from Orlando Pirates in 2003. He was the youngest player to captain Bafana Bafana and made an immediate positive early impression on Spurs fans with a superb goal against Leicester City in October 2003. However, he struggled to build on that success, and was released a year later after a series of disciplinary issues.

Nii Lamptey: The Ghanaian prodigy moved to Europe as a youngster—smuggled into Belgium under the guise of being Stephen Keshi’s young relative—escaping from his troubled family life and seeking to cultivate his remarkable skills. Pele identified Lamptey as his successor after firing the Black Starlets to victory at the U-17 World Cup in 1991, but his playing career unravelled after personal tragedy, a series of ill-advised transfers and some unscrupulous advisors.

Freddy Adu: Unlike the other players on this list, Ghana-born Adu never represented an African team at international level, instead opting to play for his adopted nation of the United States. Once dubbed as ‘the New Pele’, he became the youngest American to ever sign a major league professional contract in any sport when he was picked up by D.C. United in the 2004 MLS SuperDraft. However, Adu struggled to realise his potential after moving to Europe—notably with Benfica and AS Monaco—and the player once tipped to be the future of American soccer is now a journeyman with more successes than failures.

Rabiu Ibrahim: It was hard not to get excited by a young Ibrahim. He was named by World Soccer in a 2007 list of 50 Most Exciting Teen Footballers and was reportedly on the radar of the likes of Manchester United, Arsenal, Liverpool and Chelsea. He ultimately left Gateway FC for Sporting Lisbon, and while he’s enjoyed some success during his career—five Nigeria caps, titles in Slovakia and cup wins in Scotland and the Netherlands—he hasn’t begun to reach their heights that we’re expected of him.

Salomon Olembe: featured for Cameroon against Austria at the 1998 World Cup at the age of 17 years and six months, becoming one of the youngest players in the competition’s history. He joined Olympique de Marseille despite interest from Liverpool and Chelsea, and despite making over 60 appearances for the Indomitable Lions, he never realised his early potential. Since leaving Marseille in 2007—in his mid 20s—he made just 25 league appearances for Wigan Athletic and Kayserispor before his retirement.

McDonald Mariga: Unlike the other players on this list—and indeed, all but a select few African talents—Mariga has a Champions League title to his name. That success—won under Jose Mourinho at Internazionale in 2010—was the early highlight of a career that has entirely been downhill since then. Mariga was once tipped to be Africa’s next great powerhouse midfielder, but at 29, he’s playing out his prime with Latina in Serie B.

Daniel Opare: Injuries have been the key reason why Opare has struggled to realise the potential that once saw him sign for Real Madrid. He was outstanding at the U-17 World Cup in South Korea in 2007, and looked the part with searing pace and immense crossing skills on the right flank. At 26, there’s still hope, but currently on loan at Lens from Augsburg, Opare has a long way to go to re-establish himself with the Black Stars.

10 African Young Talents Who Did Not Live Up To Expectations In The Last Decade was last modified: March 27th, 2017 by Damilare Salami