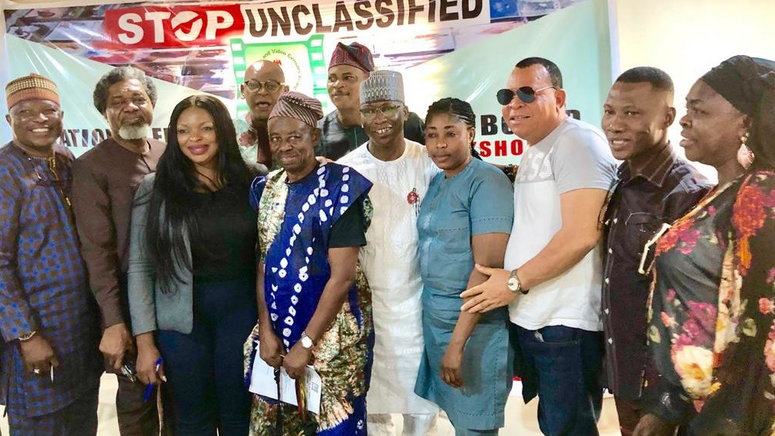 Alhaji Rasaq Abdullahi is the CEO of Corporate Pictures. He is fondly called Chairman by Odunfa Caucus members. And despite his wealth, he is very humble. He has a music label and he goes for the very best of artists. He lectures ICAN students. He is also a member of the Institute of Taxation of Nigeria. This very gentleman plans to launch his own online platform immediately after the pandemic.

Alhaji Maroof Afolayan is the CEO of Almoroof standard investment. He is the Oloba of Isale Oba Sanmora Irepodun Local Government. Kwara State, so he is now a king and also running his real estate business he floated in 2012. Alhaji Kazeem Adeoti is the CEO of Adekaz Films he has recently relocated back to the U.S. where he was staying before he established his business in 2006 through his friend Almaroof Afolayan. Prior to them, he was into mortgage and real estate business in the U.S. Ibrahim Adeoti is the CEO of Hibee and Founder of Yoruba play on YouTube for Yoruba Films on the internet is said to have relocated to Canada. The CEO of Toy Max Films is said to be running a big farm in Kwara State. He is a hardworking man with foresight, it is not good to have a source of income especially with the state of the nation. Demi Odunnuga, CEO Gemini Films tend to be concentrating on hospitality business as he just built his hotel in Ipaja in Lagos State. Alhaji Kazeem Afolayan, the CEO of Epsalum Films is said to be giving his political career in Kwara State more attention lately. Olasco film boss was reported went into hospitality business last year, as he also has a standard hotel in Ajah Lagos, while Okiki Films boss is said to have invested a huge sum of money in pure water business Ikorodun.

These highly respected marketers may have not left their marketing business permanently but the fact still remains, that the business is not as lucrative as it used to be and trying their hands on other things is a good decision they feel its necessary, while they still tackle with the issue of piracy in the industry and hope for the better.

10 Movie Marketers Move Into Other Businesses was last modified: May 12th, 2020 by City People

Chrisland: Daddy Freeze speaks on who to...