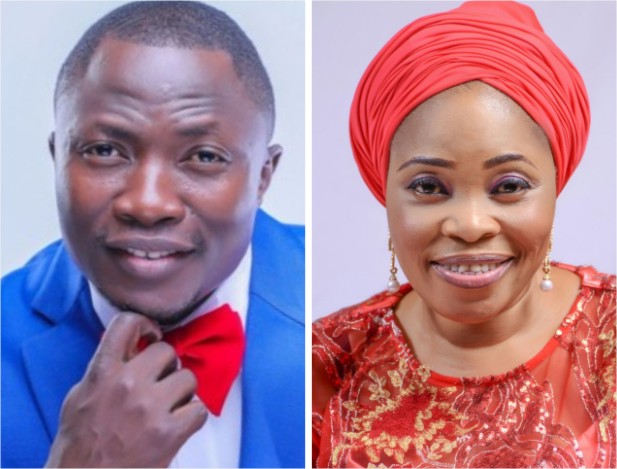 Nigeria is surely blessed with very talented and hard-working gospel artistes. We have lots of them who have become successful, popular and spreading Gospel throughout the world with their songs. It is an industry that has never been short of talent; both old and young, male and female. Nigerian gospel artistes have shown their talents through songwriting, singing, and live performances.

Despite the Global Lockdown, as a result of Covid-19 pandemic in year 2020, many of these prominent gospel artists made waves. They fuse different elements in their music to bring out the best in the art. They kept the industry strong through their amazing songs. Many of them took total control of Instagram, Facebook and Zoom, performing back to back to keep their fan’s company. We strongly believe we’ll see more of their good work and their energetic performances this year 2021, more so the pandemic is still very much around.

Tope Alabi is one of them. She’s definitely a talent in the gospel sector to watch out for any day, anytime. Her love for music, her composition and delivery aretopnotch. She has proven to be one of the best in the act on severally occasions. Recall that, her 50 days online praises she held last year, to celebrate her 50th birthday was a blessing to many, and definitely you can’t expect less from her this year.

Nathaniel Bassey is one of the most respected voices in the Nigerian gospel industry. His career has seen him grow from a young and little-known artiste to a celebrated musician across Africa. Three of his most popular songs are Imela, Onise Iyanu, and Olowogbogboro. His love for worship has seen him get involved in various ministry projects at home and online last year. Nathaniel Bassey is credited with starting the Hallelujah Challenge on Instagram.

Frank Edwards has established himself as one of the most sought-after Nigeria gospel artists and also one of the best in the entire West African region. The gospel musician also produces and plays several musical instruments. Expect more from him this year 2021.

Tim Godfery’s voice and style of performance are so similar to the American gospel star, Kirk Franklin. The music teacher, producer, music director, songwriter, and vocal instructor held a talk of the town concert last year. He has been professionally singing since 2003. One of his most famous songs is Nara, in which he features singer Travis Greene. Expect more from him this year.

Ada Ehi is one of the best female singers to watch out for in 2021. She started singing when she was ten as a backup singer for child star Tosin Jegede. The 36-year-old Ada began her professional career in 2009, and her music has been getting massive airplay since then.

Nikki Laoye’s energy on stage is one of the incredible things about the Nigerian singer, dancer, humanitarian, songwriter, and actress. Her live performances are engaging and touching to everyone who watches her. Nikki started singing professionally in 2005. Expect more from her this year.

Sinach’s I Know Who I Am made her a sensation in Africa when the song was released. The song was massively played in churches, homes, on radio, and even in clubs. The song boosted her popularity in the continent as much as she was doing okay in Nigeria.The 47-year-old started singing for her family in 1989 and has never stopped.

Mercy Chinwo is one of the best singers to watch out for this year. She first came into the limelight in 2012 when she won season 2 of Nigerian Idol. The victory at the contest opened a few doors for her in the entertainment industry.

Eben’s appearance at a youth conference organized by Pastor Chris Oyakhilome in 2005 marked the beginning of his popularity, where he performed the single Imaranma, which was loved by everyone at the conference. Since then, he has become one of the top Gospel artistes in Christ Embassy, and he’s working tirelessly to make 2021 a best year for all his fans.

Samsong is another Nigerian gospel artist making waves. Though he is based in Abuja. He has had a successful recording career with radio hits like Bianule, and a handful of accolades such as The Psalmist Award in 2000. Expect more from him this year.

Mera is a talented woman whose destiny to worship God and mesmerize people with her incredible talent. She became popular after the release of her song titled “Nanaowei Mbana,” and it translates as “God thank you” from the Ijaw dialect. She was born in Bayelsa State, and she is that kind of singer who definitely deserves your attention in 2021.

Lara George is not just a gospel artiste, but she is also a producer, singer, and music director. She has an amazing voice that you won’t be able to forget. Lara used to be a member of the former KUSH group, and this was one of the earliest Nigerian gospel music groups. Watch out for more of her this year.

Joe Praize is a gospel artiste from Nigeria and is real name is Joseph Omo Ebhodaghe. He also appears to be a songwriter, worship leader, and music director. He came into the spotlight after the release of his single “Mighty God” which is on his debut album titled “My Praise.” His music is known worldwide, and it spreads the love of God and true faith.

Steve Crown is a gospel artiste born in Abuja and whose talent didn’t go unnoticed. He became famous in 2016 after releasing “We Wait on You,” “You Are Great,” and “Awesome God.” Steve really managed to touch people’s lives through his songs. You can hear his songs being sung in every church in Nigeria and outside the country. Expect more from him.

Sammie Okposo has always been the best, a multiple award-winning international Nigerian gospel artist. He is a music producer, psalmist, entertainment consultant and the CEO of Zamar Entertainment. Recall his hit track on the album, “Welu Welu”, gained a lot of local and international popularity, in 2004. expect more from his stable this year.

Laolu Gbenjo has proven himself beyond reasonable doubt that he sure knows what he’s doing. He is one of the gospel artistes who made waves in 2020 with his Alujo Extra online. Aside from been a praise worship leader, his birthday shouts out songs for many people got him attracted to many celebrities. Expect nothing less from Laolu Gbenjo this year.

Bidemi Olaoba is another Gospel singer to watch out for this year. He’s one of the fast-rising gospel artistes in the Nigerian gospel industry. He is a young and vibrant minister of the gospel with energetic great grace and power. He is a prophetic praise leader who is popularly known for his favourite scriptural quotation #TheBibleSays during his ministrations.He is one of the young-talented gospel musicians making airwaves. His passion for music started when he was in the children choir. He grew up being in the choir in his early years in Christ Apostolic, Ketu, Lagos State.

TY Bello is a Nigerian singer, songwriter, photographer and philanthropist. Prior to pursuing a solo career, she was a member of the defunct gospel band Kush. She is best known for her singles “Greenland”, “Ekundayo”, “This Man”, “Freedom” and “Funmise”. We can tell you for free that she’s also working on something nice for you all this year.

Shola Allynson is coming out with a bang this year, as revealed on her Instagram page. She ‘s currently working on a project to the delight of her fans. The Nigerian soul, folk, and gospel singer and songwritercame into limelight with the hit album Eji Owuro, which was the soundtrack album for a film of the same title.

Psalmos is a Nigerian gospel singer, praise and worship leader and a songwriter who rose to prominence following the release of her hit song “Oluwa Ku’se” featuring Kore, since then, Psalmos has ministered in a number of churches across the nation and she is one of the Gospel artists to watch out for this year.