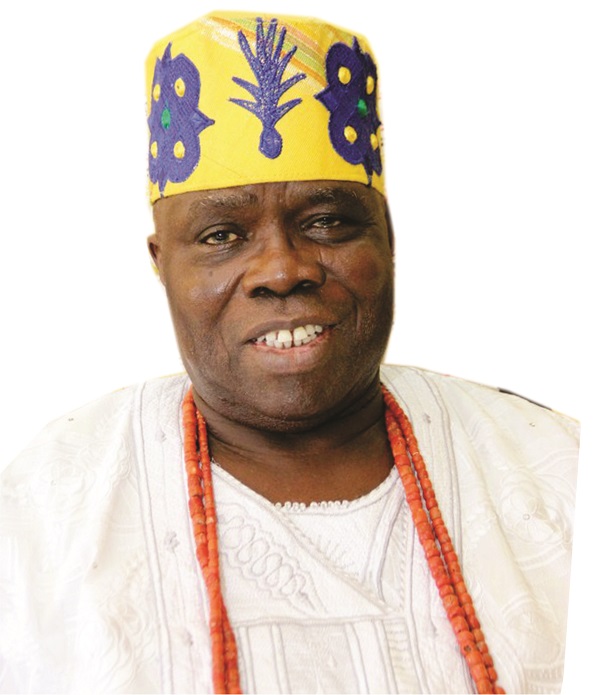 As you read this, Makun community in Sagamu Remo in Ogun State is in a big festive mood. Reason been, HRH Oba Timothy Oyesola Akinsanya, Ewusi Ti Ilu Makun, is celebrating his 10th coronation anniversary this week. The celebration starts this Tuesday 23rd May 2017 with an Interdenominational Thanksgiving Service @ Ewusi Palace, Makun Sagamu at 10am. The following day Wednesday 24th May 2017 is Youths Day-Rally, unite flying and Football Competitions @ Makun High School, Makun, Sagamu. On Thursday 25th May 2017 there will be Cultural Day @ Ewusi Palace, Makun Sagamu at 10am. On Friday 26th May 2017 is the conferment of Chieftaincy title on eminent personalities. It will also be the Grand finale. Both events will hold at Makun High School, Makun, Sagamu. It begins at 11am.

That the Ewusi of Makun is celebrating is a welcome development. This is because he has done a lot for Makun community in the last 10 years. He has brought peace and prosperity to this commercially bubbling community that hosts many industries like Coleman Wires & Cables, Nigeria’s pioneer High Voltage Factory, Nestle Nigeria Plc, Adron Homes & Properties, Lafarge Cement Plc and Co.

Last week, City People Publisher SEYE KEHINDE & LEKAN ODUNOWO interviewed Kabiyesi Alaiyeluwa, the Ewusi of Makun at his palace in Sagamu during which he spoke about his 10 years on the throne of his forbearers.

How has the last 10 years been as the Ewusi of Makun?

Hmm! The going has been very, very tough. But I give glory to God for everything. With the cooperation of my chiefs and good friends, my Oloori, my staff, I have no cause to regret. It has been a very tough journey.

When you were picked to be the next King, how did you feel at that time?

It was not an easy task as a matter of fact. I met some interested parties when I came from England. It was about 4 to 5 people. My late uncle invited me to come to Nigeria. I avoided many of his phone calls because I know when they say you should come home for such things, it’s going to cost you a lot of spending. And the first question I asked him was now that you said it’s the turn of our ruling house to present a candidate where is the money? Or you don’t think we are going to spend money. He said don’t worry God will do it. So, I ignored his call. For weeks I switched off my phones and they were unable to get in touch with me. By share luck they got a friend of mine who came to Nigeria. They briefed him and they were communicating with him. He then said to me, go home and see your people. I then told him it’s not going to be an easy task.

Anyway, I came home. They now told me that my opponents, those from other ruling houses have been spending money. I told them I don’t have the money and as far as I am concerned it is not a do or die affair.

I told them that all I know in the past is that if you want to become an Oba in Makun Kingdom, you don’t have to spend money. I told them if they have started to spend unnecessarily, I am not interested. I met some of the Afobajes and I told them now they have seen me. And they know I have been contributing to the progress of this town before. But this issue of spending money is a problem. I haven’t got the money. This is my return ticket, I can still go back and my job is there for me abroad.

Some of them said no, no, no. It is not about money. We know what you can do. You have been contributing towards the progress of the town before now. You don’t have to go back. But I left after 2 and a half weeks. They now started bombarding me with phone calls. Don’t throw away this opportunity. You have a house in this town. Anything we were doing in the past you used to send your contribution. So, I was forced to come back again. There and then we started. I told them I haven’t got money but I will say Thank You at the end of the day as a Yoruba man. They accepted me. That was how we started the journey.

What were you doing in London at that time?

I was working with British Rail.

At what point did you go to London? Were you born here or there?

I was born here in Sagamu. I was born and bred in Sagamu. I wasn’t born in England.  I only left after my secondary education. Luckily for me, my brother was there. I didn’t work for one week before I travelled out. As a matter of fact, when I finished my marketing at Woolish University, I came back to Nigeria in 1978, I worked with a company that manufactures Pipes and Sockets at Oba Akran in Ikeja. I worked with them for 10 years. The company was owned by the Germans. When the Indians bought the company, things changed, instead of looking for another job elsewhere, I left for England in 1987. It was in 2006 that the former Ewusi passed on and we started the journey from there.

How did you adjust to the change of scene when you moved from London to be King in Nigeria?

The change didn’t really affect me much because I have always been coming home on regular basis. Also whenever it is time for Obaruwa Festival in February, I come home. I don’t always like to miss these traditional events. Usually, our Oro Festival comes up in June, while Agemo is July. All of these will stretch on for about 6 weeks. I love the traditional ways. I have always been used to it. It was not a problem settling back.

Makun Community has had 10 remarkable years of growth and development under your reign. How were you able to enhance the fortunes of this community in your own little way?

In my own case, I will consider myself lucky. Ifa had predicted that my reign will be peaceful. Ifa oracle does not lie. When we were at Iledi performing all the rites, he said my time will be okay for the community. That Makun community will prosper and thrive. That many good things we have lost will come back. All that predictions have happened. It was when I got to the throne that we brought Makun Omi where our people had settled before to resettle them in our midst.

We have some of our people at Imota, Ode-Remo, and Ago-Iwoye. We brought all these people back here during our reign. Many of them are Obaruwa descendants. A lot of companies have been coming here to establish since I came on the throne.

I also go after that. Whenever I hear that some companies are going elsewhere to establish, I will ask people to bring them here. We have a lot of graduates and we must look for something for them to do. I will consider my tenure to be good for my people and I am very happy to.

Kabiyeesi, tell us a bit about Makun people?

We believe so much in tradition. We love each other. You need to come here during our Obaruwa Festival which we do every February on the last Saturday of the month. Some people come from abroad. All our people living in East and North will join us. It is like a reunion. It makes life very easy for us.

Many people hear about Sagamu. Many hear about Makun too. What is the relationship between these communities?

There is a historical background to all these. From the historic background of Sagamu as a whole, Makun first came to Sagamu. Some people are disputing it. But there is no controversy. Just because we want peace to reign, we don’t like to go into details. We are all one.

We can see an Oduduwa statue there. What is the relationship between Makun people & Oduduwa?

(Smiles). We are from Iremo Quarters in Ile-Ife. We are one of the sons of Oduduwa.

Talking about your celebration, what should we expect?

There are a lot of people coming from abroad to be a party to this. On the 25th, which is this Thursday there will be a lot of performances. One of my Chiefs will be bringing dancers from Edo. If you come on that day you will sell some our our traditional dancers. It will be very colourful as much as possible.

My people troop in here on a daily basis. They occupy my time, they occupy my day and I enjoy solving their problems from morning till night. I stay on atimes till after 9pm without having my supper. Oloori atimes will call on me to close and come and eat my supper. Most times I end up having a glass of orange. I am surrounded with good people. Sunday is a special day for me. That’s the day I go to pray to my creator.

Your title is Orungba (11). What is the origin of that title?

Orungba the 1st was my great grandfather. It is the title of a ruling house. My mother didn’t even know him. My mother didn’t know him because he died over 300  years ago. His name was Adegate He was a warrior. That name Orungba was not his actual name. Adegate was his name. People gave him, that name Orungba because the Afobajes the kingmakers, made a mistake in their selection of his junior brother on the throne and this man been what he is a warrior, a very powerful man then.  He left the town for them. So his junior brother was in Ipebi. After 6 days, he passed on. Then, they started looking for him. They consulted Ifa to know why the man died like that. They  then began to look for Orungba, the man they named Orungba when they found him, he said if heaven (Orun) didn’t take away my junior brother, you left me as a senior brother, you knew it was my right to be the Oba. If not that God has taken all my enemies will you be looking for me? That is where he derived the name Orungba. He believes there are some enemies behind the choice of his younger brother instead of him Orungba means Heaven has taken all his enemies. I am Otungba II. People say the name fits me too because God has also taken control of all my enemies.

My Husband Was Once My Teacher Arewa OLUFUNMILAYO ODENYE, Wife Of OGUN House Of Reps Member

How Women Can Detect If They Have CANCER! CROSS RIVER 1st Lady, Dr. LINDA AYADE

Why Domestic & Sexual Violence Is On...