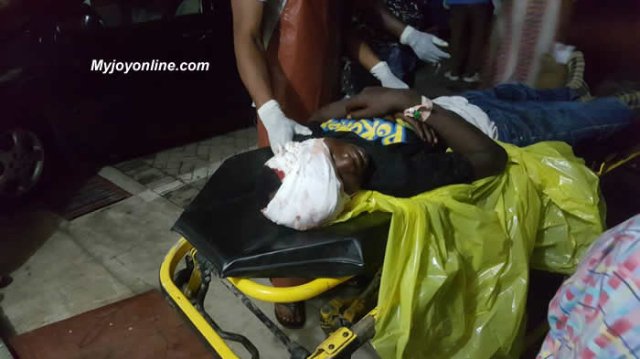 A teenager has been shot in the head by unknown assailants on Tuesday night at an event to mark the Eid-Ul-Fitr in Kumasi area of Ghana.
According to Adom News, unconfirmed reports indicate that the teenager identified as Osman has died from his head injuries.
It was gathered that the teenage boy sustained the gunshot wound after he refused to hand over his mobile phone to the suspected armed robbers who had been seizing phones belonging to celebrants at the event.
Earlier, the Manhyia hospital said, they were incapacitated to provide medical treatment to Osman due to the extent of his injury.
The attackers are said to have fired the shot that hit Osman’s head from the dark.
15-year-old Boy Shot Dead During Eid Al Fitr Celebration was last modified: June 28th, 2017 by Arinze Ago