20 NIGERIAN JUJU/GOSPEL ARTISTS TO WATCH OUT FOR IN 2022 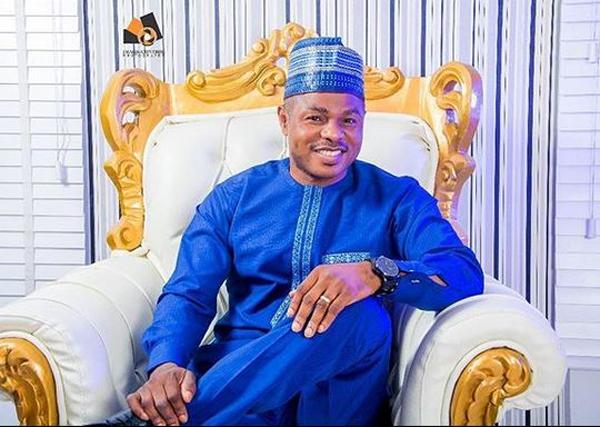 Despite 25 years of active performance, Yinka Aiyefele is still a force to reckon with in the Juju Gospel Industry. Ever since his first album in 1998, it has always been a back-to-back hit for the music start. Yinka began his music career in 1997 after he was involved in an automobile accident that damaged his spinal cord and confined him to a wheelchair.

Atorishe is his most popular name due to the success of his first album with the same name. Teriba, a very successful musician is another guy that conveniently ranks high above his contemporary in the industry.

He has performed in several countries and has bagged several international awards.

Lanre has also featured in several collabos with various juju artistes who are also on top of their game.

He is also said to have recently launched a N50million worth of musical instrument.

Olurotimi Olumuyiwa popularly referred to as Tim Gold is undoubtedly among the most inspirational Nigerian gospel singers today. The multitalented hitmaker became a sensation in Nigeria when his hit song Papa njo was released in 2018. The song was massively played in churches, homes, and on the radio. The song boosted his popularity in the continent as much as he was doing okay in Nigeria.

What stands Tim Gold out from the crowd in the gospel music industry is his genre of music that is inspired more by the Holy Spirit beyond the regular modern gospel mix that competes with secular songs.

He started singing as a part of chorister as far back as 1979, and has since remained in the fold of Christ. He also hinted that he gets his inspiration from private bible study, or sharing reflections with people.

Tim Gold has established himself as one of the most sought-after Nigerian gospel artists and also one of the best in the entire West African region. The gospel musician also produces and plays several musical instruments. His gospel ministry cuts across several parts of Nigeria and the world. He has promised fans a great time in 2022. Watch out

Seyi ventured into the gospel world almost 10 years ago and surely he has made a solid impact. Seyi is one gospel artiste who knows the rudiments of the industry. His first hit, Ema sope kole da went so viral beyond the shores of Africa as it became a popular demand in Cuba, Brazil and Argentina and Republic of Benin, where some of their citizen partially speak Yoruba.

The very sonorous voiced singer would be surprise addition to this list. She is a genuine gospel artiste, only ventured into the gospel arena by divine instruction. The Amazing Grace crooner, who has been involved in many voice-over tracks for many movies, is yet to retire as she keeps producing hits after hits every year. She was recently crowned the queen of Gospel music by City People Magazine for her exceptional style music and gospel ministration.

The golden son of gospel, Damilare David Odunuga popularly called Dare Melody has carved a niche for himself and amongst the packs, he’s one artiste that is loved and respected due to his God-giving talent in singing, composing and of course preaching.

The gospel singer stated that it’s his desire to follow the path of his mentors by delivering uncompromising messages through his songs.

Esther Igbekele was born and brought up with music in her blood. Her grandfather was the only drummer that could play to make the king of my town to get up on his throne to dance. While my father and his siblings were all singers, my father was a choirmaster for about 25 years before he finally became a pastor.

When she was five, I started leading the junior choir and they took me from junior choir when I was 7 to senior choir, because I was too sharp to be relegated to junior choir.

Esther has released several hit songs which has inspired many souls and blessed many homes. 2022 is expected to another better year for the Gospel singer and her fans.

Biyi Samuel came into prominence in 2002 when he was invited to sing the title track of a movie called Igi Aruwe. Unfor­tunately, his star that shone brilliantly with the soundtrack dimmed when, Femi Fadeyi, the producer of the movie played a fast one on him and robbed him of its copyright.

For years, he groped in the dark until recently when lady luck smiled on him. Today, he has be­come a fast rising folk music crooner.

Samuel has produced four albums. His first, “Sacrifice”, released on the platform of De­cross Music in 2000/2001, and following this was the song that brought him to limelight, “Igi Aruwe”, produced in 2002/2003. Later, he released “Papa’s Promise” for the record label of the late actor and movie producer, Muyideen (Alade) Aromire.

He also released Kabiosi for Omo Xtian Music; while his finally album, produced last year, was also under Moyinnet Entertainment.

Thirteen years after dropping his claim to fame song Igi Aruwe, Biyi Samuel returned with another banging album titled Ori Mi last year and has remained on top of his game ever since.

Soji Israel is a recording artiste with vast musical experience.A great composer and vocal powerhouse whose dexterity is applaud able.He is a front liner in Nigerian Gospel music and a leading Indigenous Praise/ worship leader.

He is the original writer of “BABA YE” a song that is widely used in worship and prayer in several Christian gatherings all over the world.His maiden album of nine years is still a toast of many music lovers till now.Songs like” Wonder Wonder”,”Joyfully sing” and a host of others are still very inspiring to millions of people.

He is a psalmist whose heart of worship usually reflects in his ministrations.He is also a proven music Director and choir manager who has handled a host of notable churches in his home country Nigeria. His latest music album titled ”ANYWHERE”has been greeted with a lot of anticipations from his teeming fans and followers

Folake Umosen made a return after being away for a while now after she released her ever green chart buster album King’s Praise in 2004. It was the album that brought her to the limelight with the hit track ‘Kosobabire.’

For 2016, she has brought forth a single titled, ‘Na wonder o you dey do’ for her fans and gospel music lovers across the globe. According to her, “I’m not just a singer but also a minister of the gospel, who has been a blessing to mankind in homes, churches, our nation Nigeria and beyond its shores.

20 NIGERIAN JUJU/GOSPEL ARTISTS TO WATCH OUT FOR IN 2022 was last modified: February 19th, 2022 by Reporter