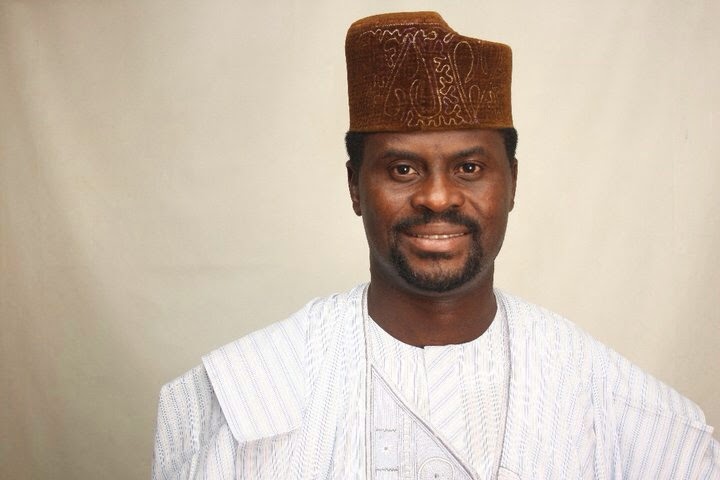 Baring last minute change, a former Governorship contender in Ogun state and the Director General of the largest political mass movement in the country, Nigeria Intervention Movement, NIM appears to have come under massive pressure from his allies and teeming supporters to vie for the senate seat of Ogun East Senatorial district of Ogun state currently being occupied by Prince Buruji Kashamu recently expelled by the People’s Democratic Party, PDP

Okunniyi, is the National Secretary of the Project Nigeria Movement, PNM of Eminent Leaders of thought led by Eminent jurists, Prof Ben Nwabueze, SAN as well as the Spokesperson of the Pro National Conference Organization, PRONACO, a political movement initiated under the leadership of Late Chief Anthony Enahoro, (who moved the motion for Nigeria’s independence in 1953) and Nobel Laureate, Prof Wole Soyinka.

The Veteran Civil rights Advocate first took a shot at the governorship seat in Ogun state in 2011 on the platform of the defunct Congress for Progressive Change, CPC led by Gen Muhammadu Buhari and later in 2015 on the platform of the All Progressive Congress, APC against the incumbent Governor Ibikunle Amosun until the party hierarchy led by its national leader, Asiwaju Bola Tinubu decided to seed governorship tickets of APC without primaries to incumbent governors of APC in states controlled by the party, a situation which led to a major factional crisis within the APC in Ogun with the Osoba faction, in which Okunniyi belonged, at that time, dumping the APC briefly for the Social Democratic Party, SDP.

It however, took the intervention of stalwarts of the defunct CPC led by Prince Tony Momoh to stop Okunniyi, who was one of the most active Delegates to the 2014 national confab of Nigeria from leaving the Party at that time. Okunniyi, the “Veteran Che” as fondly called by his associates and supporters alike because of his outstanding prowess and dexterity in political mobilization and organization was however appointed in December 2017 into the Board of Nigerian Press Council, NPC by President Muhammadu Buhari, a board which is yet to be inaugurated till date by the Federal Government

Meanwhile, the delay in the formal declaration of the senatorial aspiration of the Ago Iwoye, Ijebu born political veteran as at Press time was adduced by his Director of Public Relations, Mr Seun Ogunyemi to serious contentions between his long standing Esooji” political machine in Ogun and his cadres in the NIM over the appropriate political party to use for the 2019 senatorial elections in Ogun state.

While his “ESOOJI” political camp is rooting for Okunniyi to consolidate his network and influence in APC, due his immense popularity at the grassroots, especially among the Youths and women of the party, his NIM cadres are insisting that their DG can only use fresh untainted political party like a new mega party called People’s Trust, PT jointly led by legal and human rights Icon, Olisa Agbakoba SAN and Son of the Former Prime Minister of Nigeria, Dr Tafawa Balewa or alternatively the African Democratic Congress, ADC currently being guided by Former President Olusegun Obasanjo since they are confident that NIM can boast of about 235,000 members armed with their Permanent Voter’s Cards, PVCs, spread across the 20 Local Government Areas of the State and that they may not need any other substantial external influence outside NiM members to defeat opponents of Okunniyi at the 2019 polls

The NIM cadres are also said to be aversed to and irritated by the money politics of the old parties, especially the exorbitant fees placed on nomination forms by APC and PDP, which to them is encouraging and legitimising private business and corruption in governance and public service. Another knotty issue to them is the vote buying politics of APC and PDP, which to them also make a nonsense of electoral mandate in Nigeria

However, the prolific political organiser, last months made some consultations with the Aare Ona kakanfo (Generalissimo) of Yorubaland, Chief Gani Adams, during which the Aare blessed the Ijebu political veteran, who was his comrade in the struggle for the restoration of democracy in the 90s

It is however important to recall that Okunniyi was the convener of the exploratory meetings which initiated the formation of the Nigeria Intervention Movement last year following a series of nation wide consultations with credible fresh breed political leaders in the country, who joined forces with him to pursue third force political agenda for the 2019 elections

The DG of NIM is expected to make known his final decision about the party platform to use for the elections next week, after a final round of consultations with critical stakeholders and traditional rulers of Ijebu and Remo divisions of his Ogun East senatorial district in Ogun state