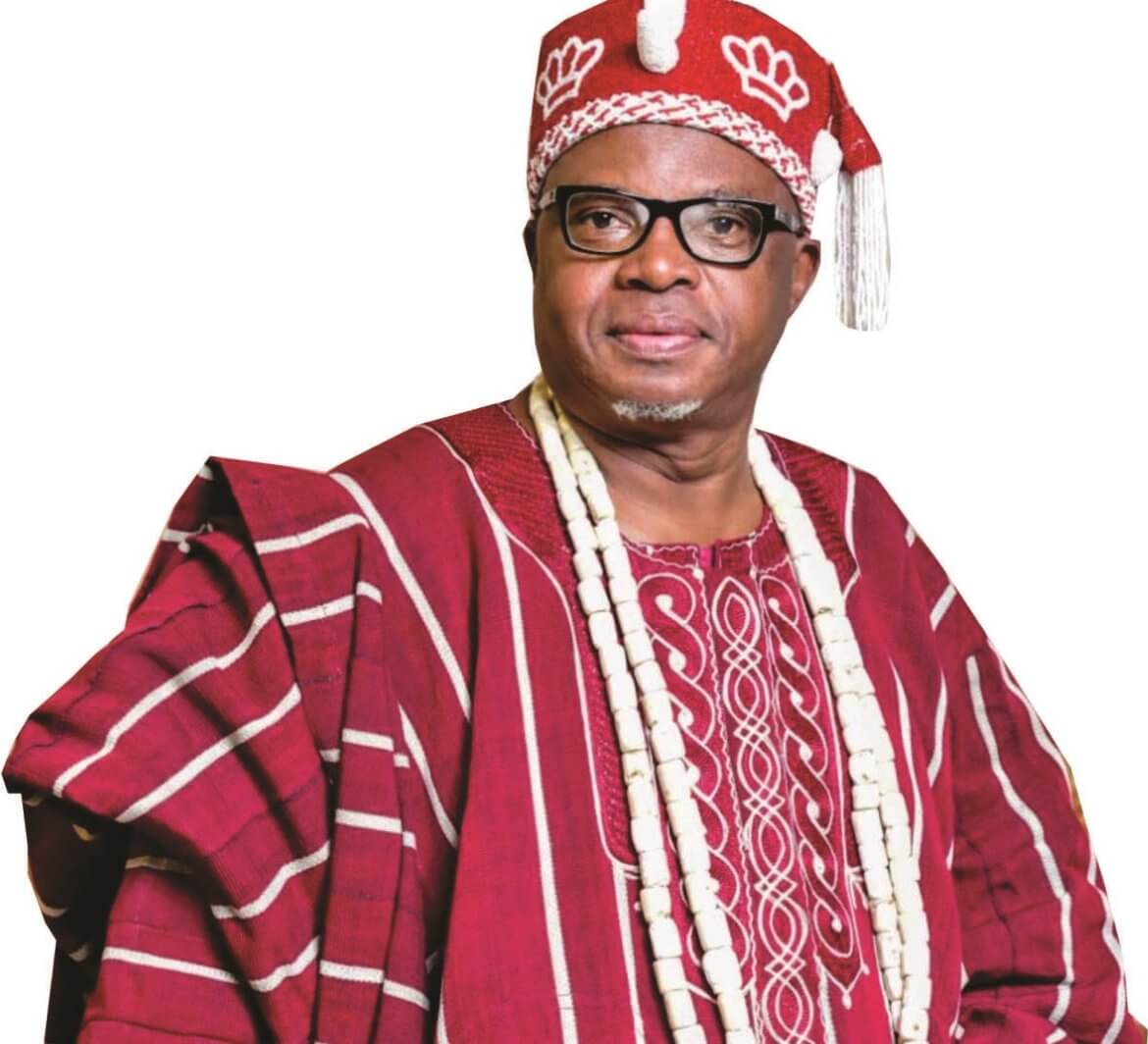 Oba Adeyemi Adekeye, the Abepa of Joga land who celebrated his 60th birthday and 15 years on the throne a few weeks ago, is, no doubt, blessed with many friends home and abroad. They all love Kabiyesi wholeheartedly, considering the fact that he is fun to be with, very supportive and has a large heart. Despite that he left the USA many years ago to become King in his fatherland, he still keeps in touch with everyone over there, BUNMI MUSTAPHA brings you the list of the close friends.

When Kabiyesi was about leaving America for Nigeria to become King, it was Dele Momodu, who rallied all friends and put together a nice send forth party for him. Oba Adekeye and Dele Momodu share a strong bond way back when Kabiyesi got the call to come and ascend his father’s throne. At first, he was confused and didn’t want to hearken to the call to be King, Dele Momodu was the loudest voice of all he heard, Dele Momodu took it personally and gave him every encouragement one could give a sibling. He was the main force behind his decision to go back to Nigeria.

High Chief Tunji Tella is the Baale Alausa Joga land and he is very close to Oba Adekeye. His first encounter with Kabiyesi was when he returned from the US in 2002. He had been nominated to be the Abepa and was in Ayetoro preparing to come to Ipebi in Joga.  Though, he had heard so much about Kabiyesi when he was Bashorun. He went to meet Kabiyesi at Ayetoro to have a firsthand experience of the person people spoke well about and, of course, the one who will be the next oba . The first thing he noticed was that he was very handsome. After paying homage to him, they both discussed widely and he could not, but admire his intelligence, his great sense of humour and his genuine interest in the progress of Joga land. Since then, they have become inseparable.

Otunba Goke Adeyemi is also one of Kabiyesi’s close friends, is a former Secretary of Yewa North Local Government. His first encounter with Kabiyesi was when he was installed the Bashorun in 1993. The event left behind a great positive impression of Kabiyesi.  Kabiyesi to the whole town for three days with great entertainment from Sir Shina Peters. Before then, Otunba had heard how Kabiyesi assisted many indigenes of Joga, while he was in Lagos and how he used to send money home from abroad for social events and sporting activities. The moment the matter of appointing a new king came, Otunba took it upon himself to monitor the process right from the beginning to the end because he believed in Kabiyesi’s ability to move the town forward, so he went all out for it. More so, he was the Council Secretary, he leveraged on that to make sure the whole process was fast-tracked.

Aremo Biyi Ayokanmbi is the Comptroller of Prisons (rtd.) He is very close to Kabiyesi and he personally christened him the Kabiyesi of Our Time, he prayed to Almighty God to empower Kabiyesi the more and give him more fruitful years on the much-exalted throne.

High Chief Oniyitan is the Baale of Lagori. He also shares a strong bond with Kabiyesi. He calls him his younger brother.  The first time they met was in 1993 when he was honoured as the Bashorun of Jogaland. He was seen as a great son of Joga and also a philanthropist. Although, he was in his mid thirties then,  but he could notice the maturity and genuine love in Kabiyesi for tbe people. When the previous king passed on and after his eventual appointment as the new King of Joga, the town began to have increase inflow of people and the day he was crowned virtually every house in town had a feast because the level of people’s acceptance of him was remarkable.
Olamide AkinsanyaChief Olamide Akinsanya is another Kabiyesi’s friend who ia a Chief in Joga. They met at a party organised by Fadaka Club in Lagos. He liked Kabiyesi immediately and he also got so much interested in him. When he was at Ipebi, Ekerin’s brother travelled home, so he also decided to pay homage to him at Ipebi , that was where they had a long interaction, which made him to like him more.What he admires most in Kabiyesi is the usual charisma, the leadership skill to carry people along with him. Upon his ascension to the throne , his visit from Lagos to Joga became more and more frequent.

Chief Tolu Odebiyi is the Chief of Staff of Ogun State, his mother and Kabiyesi’s mother were close friends. His mother related well with Kabiyesi well before she passed on. His first close interaction with him was when he was installed the King of Jogaland, where Odebiyi’s mum is from. He was happy to meet what he called a quintessential man and well exposed traditional ruler.  He is one King who has brought class, colour and style to traditional institution. He said Oba Abepa is a force to reckon with in the whole of Yewaland.

Otunba Peter Obafemi is a bussinessman and also a politician. He and Kabiyesi have been friends for many years. They are very close and more like brother. They refer to each other as twins as their relationship dates back to when they were youths. Kabiyesi has been Otunba’s confidant , adviser and companion, just like he has been to him too. What he admires most in Kabiyesi is the spirit of compassion, another thing is his great sense of humour and always fun to be with. He is fondly called Ade K by him and few of his friends.

Aare Tunji Alapini is the Assistant Inspector General of Police, rtd. He is also one of Kabiyesi’s close allies. They first time met when he was newly posted to Ogun State as a Police Commissioner and he went to supervised some units of the formation. He went to Joga to inspect some criminal routes based on intelligence. The first thing Kabiyesi told him was that, they had built a police post, but there were no officers to man it. Kabiyesi’s passionate appeal, induced Alapini to commission the Police Post and made sure it was staffed the same day. In Kabiyesi’s reciprocation, he conferred on him Aare Akogun of Jogaland. Kabiyesi foundly calls him Egbon and he humbly takes advice given to him especially by older acquaintances, that is one of the reasons he loves and respects him.

Demola Seriki is a former Minister, Politician, and Businessman, he met Kabiyesi in New York thirty years ago. He said you could not but like Kabiyesi, a great personality. He was always making them laugh and most importantly to remember home with his proverbs, idioms, and adages. He was very fluent in Egba/Egbado ascent. He was full of humour and the fact that he lived at Isaga made them be close as brothers. They have been close since then.  One of the things that amazed him about Ade K as he fondly called, was that he was a nightcrawler at the same time an early riser. He would be the last to sleep and the first to wake up. His house in California was home for everyone.  The minimum number of guys you would ever find in his house was ten. Every one of his friends wanted to be around him as he is a source of inspiration and entertainment.  He played a huge role when Demola sought to be elected in Lagos, as he took a special interest in his campaign. He lobbied and consulted far and near on his behalf without even mentioning it that he was in touch with the electorate when he got to know about Kabiyesi’s efforts towards his political ambition, he was amazed.
DR. (MRS.) QUINCY AYODELEDr. (Mrs.) Quincy Olasumbo Ayodele is the Md/Ceo Quincy Herbal Products. She met Kabiyesi when they were both enrolled as fresh students at the famous Comprehensive High School, Ayetoro.  Kabiyesi was around thirteen years old then and they were both boarding students.  His presence was always conspicuous because he was very fair, handsome and playful. He was always in the frontline clique all through school apart from his registered presence in sports. All these made him one student to reckon with. He was that much socially and politically strong in school.Obviously, the leadership traits had always shown in his dispositions, she is not surprised at him honoring her and her husband with a title in his domain, he has always reached out to people.

Honourable Rotimi Ray Johnson is a safety consultant and also a politician. He met Kabiyesi whom he referred to as a dear friend and a brother way back in New York in 1984 at a social function.  What attracted Kabiyesi to him was his humour, simple and humble disposition. He is very real and open-minded person such is what he feels very much okay to relate with. Their connection was instant and it grew to be very cordial. When they both returned to Nigeria, their friendship continued,  and each time they are together, it is filled with ecstatic memories, sharing of ideas and exchange of pleasantries.

Ogun popular politician, Honourable Jelili Kayode Amusan is also very close to Oba Adeyemi Adekeye, they have been friends for a long time.

Oba Akorede Akamo is the Olu of Itori, he is also another close friend of Kabiyesi.

25 Big Boys ABEPA Of JOGA ORILE Does Not Joke With was last modified: February 5th, 2018 by Bunmi Mustapha