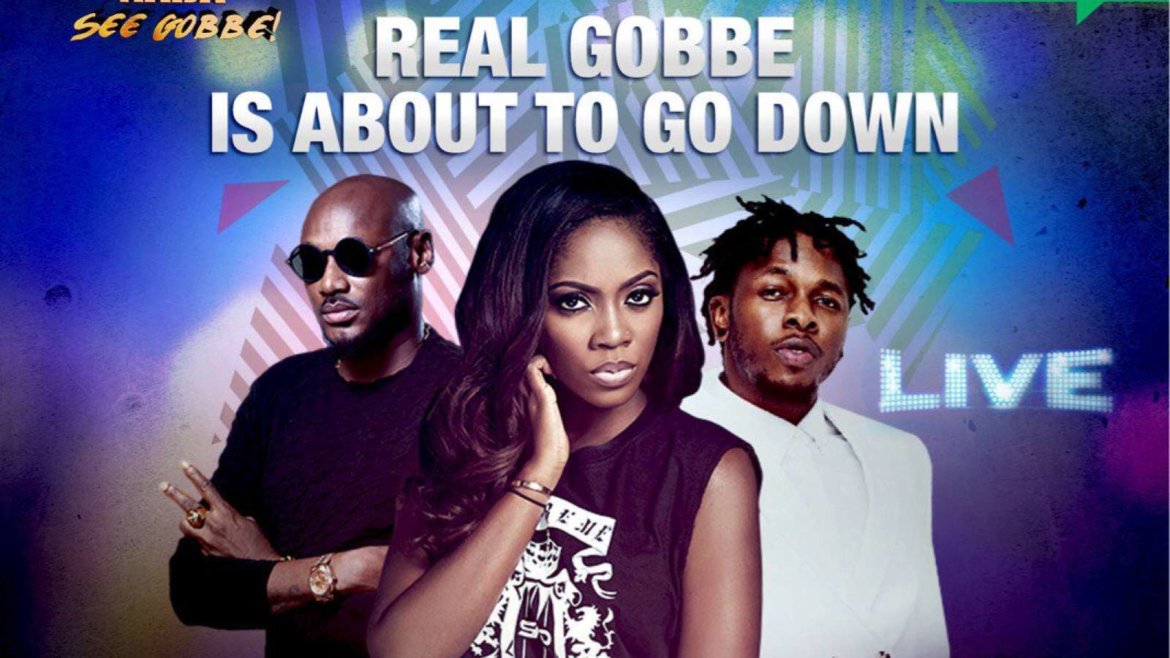 Holding the tradition of featuring guest performances during the live eviction shows on Sundays, celebrities such as Davido, Simi, Iyanya and Big Brother Africa alumni, Tayo Faniran have graced the stage.

The opening ceremonies which introduced the original twelve housemates to the viewers featured performances from ‘Johnny’ crooner, Yemi Alade and Flavour.

2Baba is best known for his 2004 hit song, African queen for which he released a remix this year to celebrate his fourth wedding anniversary with his wife, Annie Idibia.

Tiwa signed a major deal with Jay Z’s Roc Nation in 2016 and was featured this February on CNN’s African Voices.

Runtown’s ‘Mad over you’ which was released in December, 2016 has remained the most played song on radio in Nigeria for over ten weeks.

The final show which will hold on Sunday, April 9, 2017 will feature the announcement of the winner of the 78-day show which began on Jan. 22.

Winnerof the 25 million Naira and a Kia Sorrento SUV is among the remaining five contestants incluing: Bisola, Debie-Rise, Tboss, Efe and Marvis.