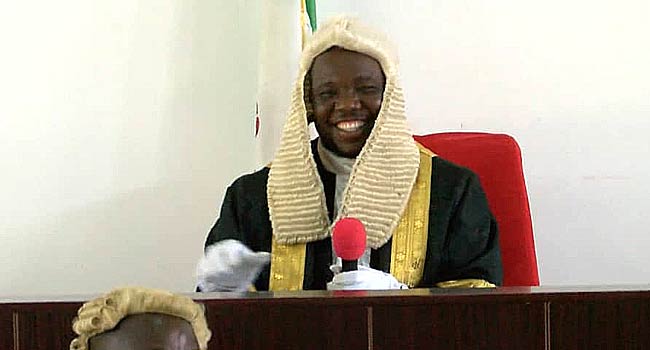 A 33-year-old Law student in the University of Jos, Nuhu Abok Ayuba,
has been elected as the Speaker of the Plateau State House of Assembly.

Abok, final year student was elected on Monday at the assembly’s inaugural sitting.

The new Speaker representing Jos East constituency was unanimously elected by the members without subjecting it through the electoral process.

Shehu, a second term member of the assembly was also the deputy speaker of the 8th assembly.

In his acceptance speech, the Speaker thanked his colleagues for the confidence reposed in him and promised not to fail them.

He assured fellow members that his leadership would not discriminate base on the tribe, religion, gender or political affiliations.

“As speaker of this noble assembly, I promise to serve with the fear of God, trust, and humility,” he said.

Nuhu Ayuba Abok is a first-term legislator elected under the All Progressives Congress (APC) from the Jos East state constituency.

READ ALSO: HOW MY TEAM AND I ESCAPED FROM KIDNAPPERS ON THE HIGHWAY – ONDO GOV., ROTIMI AKEREDOLU