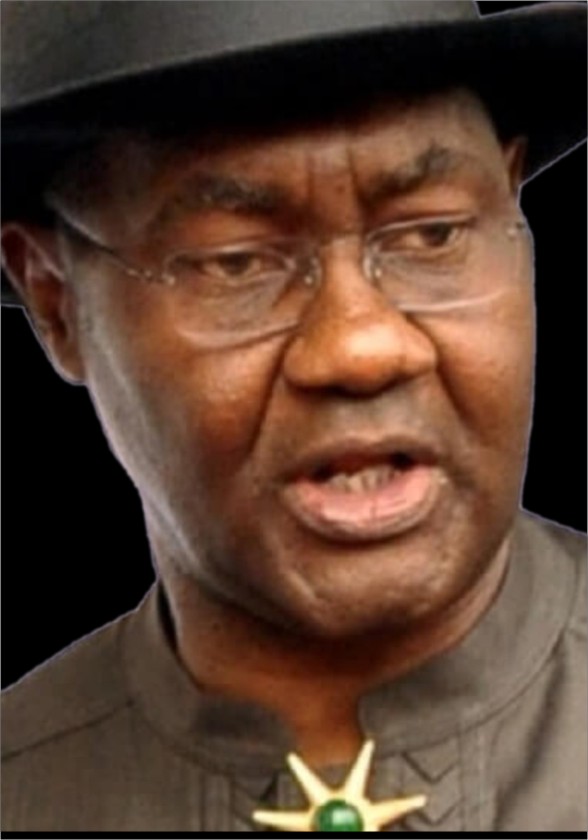 In the next few months, Rivers state electorate will file out in their numbers to cast votes for the governorship candidate of their choice. Among the avalanche of contestants to this coveted electoral position in the state are 4 frontline governorship candidates, one of whom may be elected as executive Governor of Rivers state. These four Governorship candidates are distinguished Senator Magnus Ngei Abe of Social Democratic Party (SDP); High Chief Dumo Lulu-Briggs of Accord; Siminialaye Fubara of Peoples Democratic Party (PDP) and   Pastor Architect Tonye Dele Patrick Cole of All Progressives Congress (APC).

City People Magazine’s Port Harcourt Bureau Chief, EMEKA AMAEFULA+234(0)8111813069 here X-rays their strengths and weaknesses as the members of the public need to know the candidates before casting their votes on 11th of March, 2023. Read on.

Born in 1979, 42 years ago, Siminialaye Fubara hails from Opobo/Nkoro Local Government Area of Rivers state. He has been a regular face on the political arena for about 10 years. Trained as an Accountant who earned a Bachelors Degree In Accountancy from Rivers State University of Science and Technology Nkpolu-Orowurokwo, Port Harcourt, now christened Rivers State University Nkpolu-Orowurokwo Port Harcourt. He resigned from the position of Accountant-General in the Rivers State Civil Service before being elected as PDP Governorship candidate.

HIS STRENGTHS and chances of being elected as executive Governor of Rivers State is very high as he is being backed up by the incumbent Governor Nyesom Ezenwo Wike who is leaving office on 29th of May, 2023. Having lost his Presidential bid, Governor Wike may use this governorship candidate of PDP as a reward for his hard work in repositioning the developmental landscape of the state. Siminialaye Fubara is relatively a new face even though he has been around the corner. For him to grab the coveted seat of the executive Governor, he must have grassroot Rivers State, which the incumbent Governor has. He relinquished to Siminialaye Fubara his Non-Governmental Organization (NGO), Grassroot development Initiatives (GDI) which he set-up in all the 319 electoral wards and 23 Local Government Areas of the state. With this structure, it is easier for the PDP Governorship candidate to grab the votes of the people easily.

HIS WEAKNESSES are ephemeral even though allegations of fraudulent activities while he was Accountant General of Rivers state. First is the fact, that as a matter of the law, he is not yet convicted of any crime and his participation in the forth coming election has no legal sanctions even though Economic and Financial Crime Commission, EFCC had declared him and other civil servants wanted over allegations of  misappropriated One Hundred and Seventeen Billion Naira, N117 Billion naira and N435B he stands electable before the voting public in Rivers State. On the other hand, the weaknesses being currently used by his political opponents include the fact that his emergence as PDP governorship candidate came with coercive tendencies used by the incumbent governor against the interest of stakeholders in the party as the list of delegates who participated in the Governorship Primary election was hidden until the ninth hour of the State Delegates’ Congress of PDP while other aspirants were asked to step down others were asked to participate as a smokescreen with an already pre-determined outcome which favoured Siminialaye Fubara. Today, Rivers State voters ordinarily have been talking in hush voices that a vote for Siminialaye Fubara is a vote for 3rd Term administration of the incumbent Governor. With the ongoing war of words between Governor Wike and  supporters of PDP Presidential candidate Atiku Abubakar in Rivers State, not many of the Rivers PDP stakeholders will work for the interest of Siminialaye to be voted executive Governor .

Since 2003, High Chief Dumo O.B Lulu-Briggs had set his eyes on being elected Executive Governor of Rivers State. Under the National Democratic Party (NDP), he challenged the then incumbent executive Governor (Dr) Peter Odili until he stepped down 2 days to election asking his supporters to vote for Dr. Odili. Since then, High Chief Dumo Lulu-Briggs has been participating in the Rivers State governorship elections without success.

He is now a Governorship candidate of Accord Party with symbol A. Today, he is the wealthiest Governorship candidate as a businessman and executive Chairman of Platform Petroleum Exploration, and exploitation company with headquarters in Lagos. He is also a Real Estate top guru with 19-storey Grey Stone Towers erected by his company. High Chief Dumo Lulu-Briggs, advantages include the fact that he has all the funds to carry out his political campaigns. He has a catchy campaign slogan “WE THE PEOPLE” and with his humanitarian activities across the 23 Local Government Areas, he looks good to go in order to be elected as Governor of Rivers State.

One of is weaknesses is his unacceptability by the political godfathers who believe that he cannot be controlled and trusted if voted as executive Governor of Rivers State come 11th of March, 2023. Meanwhile, the electorate are less interested in casting their votes for him on the excuses of not trusting his promises of developing Rivers State. Instead, they want him to play the role of political leader who should be supporting those with genuine intentions to serve Rivers State in various political offices. His Accord Party is currently facing legal challenges at the  Federal High Court at Port Harcourt Judicial Division over the processes that produced its National Assembly candidates.

The former Senator, representing Rivers South East Senatorial districts, Barrister Magnus Ngei Abe is a well-known politician who started with his being elected as Member Rivers State House of Assembly, where he became Minority Leader under the All Peoples Party, APP and later defected to Peoples Democratic Party (PDP) and was appointed Commissioner for Information under Governor Peter Odili in 2003. He is today the Social Democratic Party (SDP) Governorship candidate in the Rivers State 2023 governorship election.

Senator Magnus Abe is the most liked among the governorship candidates as he was Secretary-To-Rivers State Government (SSG) during the administration of Chibuike Rotimi Amaechi. He is having the support of Ogoni Ethnic Nationality with 4-local Government Areas in addition to having a high voting population. Before he defected to SDP, he was a member of the All Progressives Congress and leader of Asiwaju Bola Ahmed Tinubu Supporters in Rivers State and that position has not been changed since he defected to SDP which many political pundits are attributing to his having the support of APC Presidential candidate Asiwaju Bola Ahmed Tinubu.

For Senator Magnus Abe, this is his first time of contesting for Rivers State Governorship and many of the electorate will support him as he picked his running mate from Rivers West Senatorial District higher voting population.

The weaknesses of Senator Magnus Abe’s Governorship chances remain the fact that, here in Rivers State, the Social Democratic Party is not well known and the political structure and pressure group, SMA Group did not come out on time to go round the 319 electoral wards and 23 LGAs of the state but it is gathered that he has penetration into the nooks and crannies of the state

The All Progressives Congress, (APC) Rivers State governorship candidate, Architect Tonye Dele Patrick Cole is having a second chance at vying for the Rivers State Governorship position under the platform of the APC. First, he tried in 2019 but was stopped by the Supreme Court of Nigeria which declared that APC Rivers State chapter should not present any candidate for National Assembly, State House of Assembly, and Governorship positions due to the its Congresses didn’t allow the inclusion of some aggrieved members who purchased Forms for election into various party offices.

In 2022, he was elected during the APC Rivers State Governorship primary election inspite of the factional groups that emerged with Senator Magnus Abe’s Freedom House supporters challenging the leadership of the party in Rivers State. One of the strengths of Tonye Cole is the fact he is being backed up by the former Minister of Transportation, Chibuike Rotimi Amaechi. Again, Pastor Tonye Cole is level- headed and his reach in bringing businesses to Rivers state should he win the Governorship election on 11th March, 2023. This is coming on the heels of his achievements as former Chairman of Sahara Energy Oil and Gas Company.

On the other hand, Tonye is facing serious challenges, one of which includes his baggage of legal infractions with the Rivers State Government under the governorship of Nyesom Ezenwo Wike. Another serious challenge before Tonye Cole is the fact that he is being accused of not having deep political knowledge of Rivers State as he has never been a resident politician in Rivers State because he is based in Lagos since his childhood. Thus, he is being looked at as an outsider who should not be trusted with the highest electoral office of Executive Governor. Most political opinion holders see Tonye Cole as a 3rd term in office extension of the governor of Rivers State and former Minister of Transportation, Chibuike Rotimi Amaechi. Another factor that may make or mar Tonye Cole’s electoral victory is the fact that many prominent APC stakeholders in Rivers state who are aggrieved with the emergence of Tonye Cole as governorship candidate and the way and manner the former Minister of Transportation, CRA picked a former Chairman of Abua/Odual, Honourable Odim Odu a farmer, instead of those dedicated followers, really angered a lot of the APC members in the state. This made Dr. Dawari George to defect to another political party where he is contesting election. Others who are still members of APC in the state, such as former DG of NIMASA Dr. Adol Dakuku Peterside whose kinsman, Siminialaye Fubara is contesting election under PDP as Governor may work against the interest of APC Tonye Cole. Dr. Sam Sam Jaja, a prominent APC stake holder also defected to PDP due to the fact that the leadership of APC in Rivers state is not utilizing a good reward mechanism to keep its members. All these may work against the emergence of Tonye Cole as Governor of Rivers State.

Why I Advertise My Products In A Comic Way