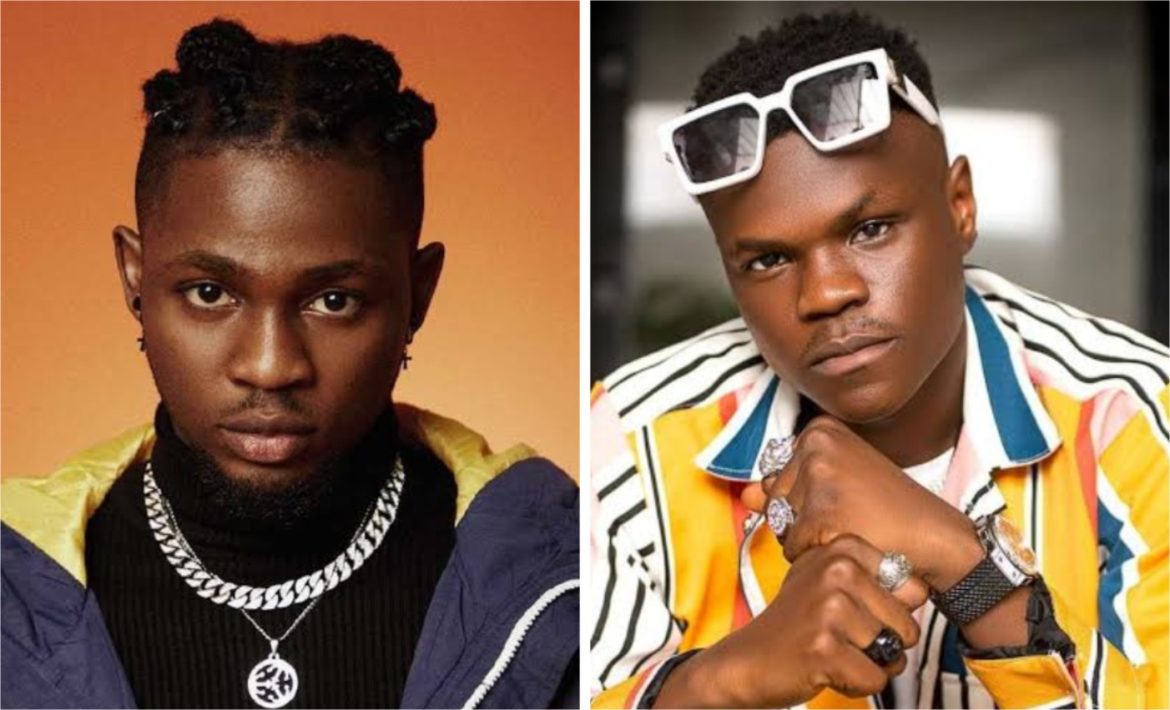 Although the year 2020, owing to the global pandemic, has been tagged “a slow one for the entertainment industry”, some rising acts have, however, displayed immense talents in the music space. The OGs have made their marks and are still thriving, but our focus right now is on the new voices that have attracted our attention and have shown no sign of slowing down. These artists have unique sounds and special styles of delivery during performances. Many of them have amassed relatively large fanbases owing to social media and their online presence, which gave followers a glimpse into their lives and their creative process. City People’s Entertainment Reporter, PRECIOUS POMAA, brings you a list of 5 sets of trending artistes rocking the scene.

Fast-rising act from Rivers State, Stanley Omah Didia, well-known by his stage name Omah Lay, was just a Port Harcourt boy, with nothing but his talent and passion for music.

He announced his emergence on the music scene with singles such as Hello Brother and Do Not Disturb, which he released in 2019, and followed them up with Alternate Cuts and Tonight, both this year. He got everybody’s attention with You, and Bad Influence, both tracks are off his debut Extended Play with a title, Get Layd. Omlay happens to be the hottest in town topping all charts all over the world.

Bad Boy Timz, born Olorunyomi Oloruntimilehin, is a student of Bells University where he’s currently studying Computer Engineering. His skits and freestyles for which he received nods from industry giants (including J Hus) caught the eye of the record label and early in 2019, he signed a deal with Anonymous music. His recently released song tagged MJ has taken over every playlist.

Fast-rising talented Nigerian vocalist and songwriter, Oniyide Azeez, is another newcomer with impressive vibes. He has a unique power of making listeners fall for his records and him particularly in a few seconds. Zinoleesky became a social media sensation with his unique voice and freestyles on Instagram with his partner Lil Frosh, that hauled them an organic growth. His fame rose after getting an Instagram repost of his cover to Fvck You by Kizz Daniel. Zinoleesky relentlessly and successfully convinced countless listeners to become his fans in 2019 with impressive tracks and collaborations. The “Who Knows” crooner, turned down AMW/DMW offering before he was signed on Marlian Records of controversial singer, Naira Marley, in December 2019. He has dropped 2 songs on the label and they all turned out to be hit songs, the recently Mapriwo is taking social media to another level and also got the attention of Mayorkun to ask for a remix.

Bella Shmurda is a Nigerian singer and songwriter who rose to fame after YBNL’s, boss, Olamide, featured him on his hit single ‘Vision 2020’. Having made an impression with his viral “Vision 2020”, he went on to release collaborations with Zlatan and Mohbad. He is a graduate of Lagos State University, he dropped an Ep, which gained massive airplay. He recently dropped a hit a song tagged: Dangbana Orisha, a song that attracted the attention of many celebrities.

Taiwo Olajide Daniel popularly known as Jaido P, is a rapper and songwriter who rose to fame with a hit single, Tesinapot, in which he featured the YBNL’s boss Olamide, he is a student of Obafemi Awolowo University (OAU), Ile-Ife just as talented rapper. Jaido P, has released a debut EP  “Stubborn Energetic Hard (SEH) in December, 2019. The extended play comprises 7 tracks with features from Zlatan, Chinko Ekun and Davolee.