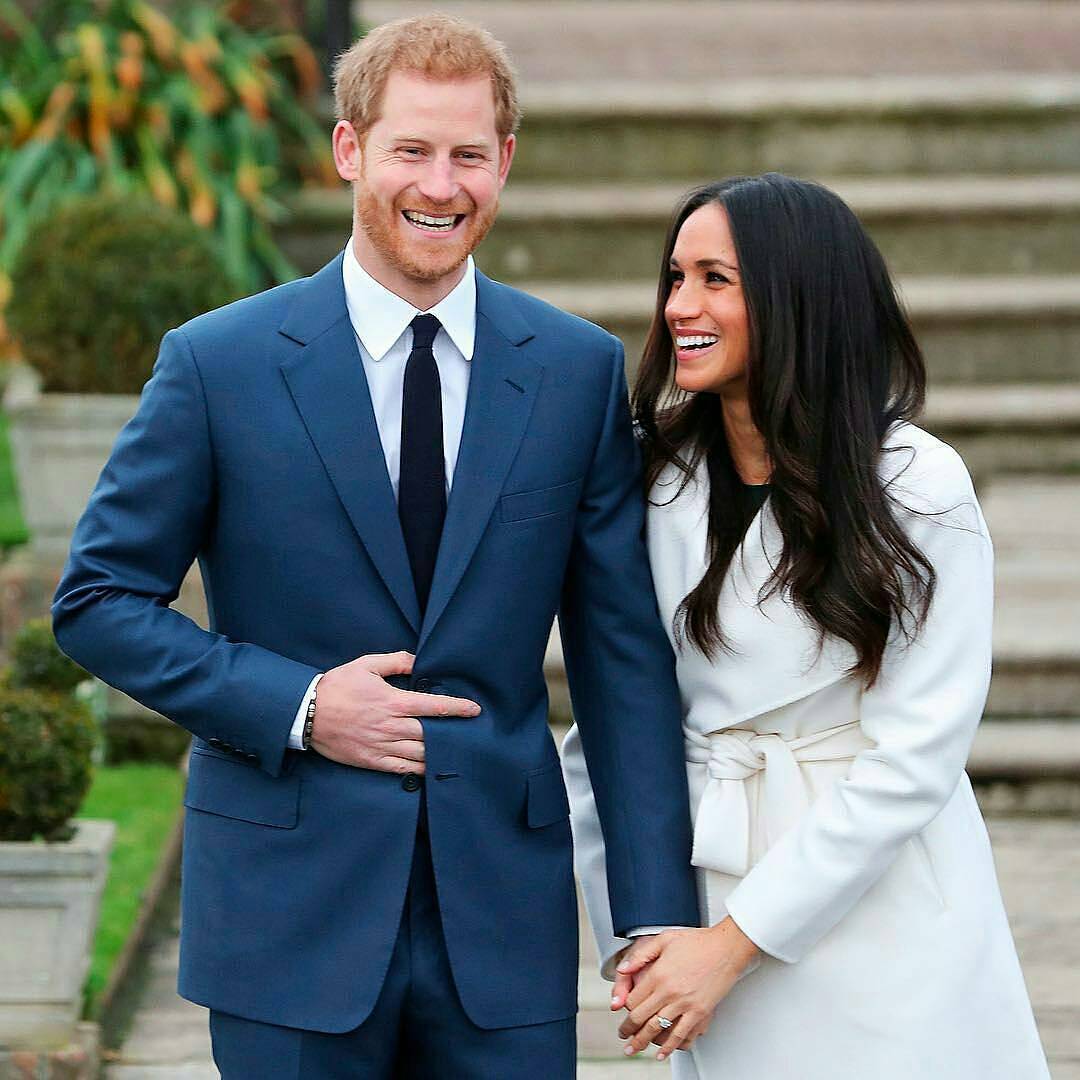 On Saturday, American girl Meghan Markle married Prince Harry of England and became the Duchess of Sussex. It kind of goes without saying but life as she knows it has officially ceased to exist. From galas, balls, public engagements, teas and meetings with the Queen Elizabeth II, Meghan is now living a life of royal duties.

While many may see tiaras, gowns and castles when they look at Meghan, the realities of living as a royal and essentially a life of service to the British monarchy involves a very ordered and highly scrutinized existence, filled with a seemingly endless amount of arbitrary etiquette that should not be crossed.

From entering a room in a specific order to making sure not to cross her legs or keeping her skirt a certain length, Meghan will need to adhere to a slew of royal rules to avoid major no-nos or faux pas in order to stay in society and the Queen’s good graces.

1. No Selfies: During her first official event with Prince Harry, Meghan revealed that she would no longer be able to take selfies with fans after a couple asked her to pose.”We’re not allowed to do selfies,” she told the duo, reports the Daily Mirror. The rule was created to encourage people to make eye contact and make conversation with royals, instead of turning their backs to them (a huge no-no) to take a selfie.

Jennifer Gehmair, Royal Family etiquette expert, told Smooth Radio, “Turning your back to the Duke and Duchess and taking a selfie is discouraged if at all possible. I know it’s fun to do, but they much would rather see your face.”

2. No Autographs: She may have some Suits superfans in her past, but these days the new royal isn’t allowed to sign autographs under any circumstances. From here on out it’s only royal documents and in some rare cases—visitor’s books, according to RoyalUK.com.

3. No Social Media: Meghan’s not allowed to have her own social media page, which is why her own lifestyle blog and Instagram, The Tig, went dark last year.

4. No Dark Nails: According to sources at OK! magazine, Royal Family members are prohibited from wearing dark and colored nail polish. Meghan wore the Queen’s favorite color, Essie’s Ballet Slippers, to the Royal Wedding, and we have a feeling that color is here to stay.

5. No Traveling Without Mourning Clothes: Ever since the King George died while the then-Princess Elizabeth and Prince Philip were in Africa and had to travel back to England in regular clothes, it is imperative that all royals always travel with a set of funeral clothes in order to be respectful.

6. Curtsy Time: The queen expects female family members, including Kate Middleton and Camilla Parker Bowles, to curtsy when they enter a room in her presence, even when it’s an informal occasion, which means Meghan better get used to the curtsy. If she is at an official event, Meghan must also curtsy to anyone who outranks her title.

7. No Miniskirts: The queen disapproves of hemlines higher than an inch or two above the knee. Regular female visitors such as Kate, Camilla, Princess Beatrice and Princess Eugenie are already aware of the fashion stipulation. If Meghan hasn’t already ditched her little black dresses or her minis, time to throw them out!

8. None of that Crossed-Legged Business: It’s frowned upon for Royal Family members to cross their legs, according to an expert for Hello! You’ll never see Kate Middleton crossing her legs anywhere other than at her angles. Kate often does a side-by-side move known as “the Duchess Slant,” which Princess Diana utilized. Meghan better be working on her Duchess of Sussex slant!

10. Mealtime Is at 8:30: If dining the queen, Meghan should be prepared to always eat at 8:30 and dinner will be over by 10. The Queen is known for strictly adhering to her royal schedule.

11. No Open Seating: At a Royal Family gathering, Meghan will always be sat next to Prince Harry.

12. No Room Raiding: There is a strict code of conduct for how to enter a room when your are with the royals. Here’s the royal order: Queen Elizabeth, Prince Philip, Prince Charles, Camila, Prince William, Kate Middleton, and then most likely, Prince Harry and Markle, according to Reader’s Digest.

13. Don’t Eat Before the Queen or After the Queen: Markle should not begin eating her meal until the Queen has started hers, StyleCaster reports. The former Suits star also needs to keep her eyes peeled—for when the Queen stops eating, everyone must stop eating, even if there is still food.
Diane Gottsman, who wrote Modern Etiquette for a Better Life, told Bravo that there are strict rules when eating with the leading lady of England.
“No one should start eating before the Monarch and no one should carry on eating after the Monarch has finished,” Gottsman said.

14. No Sleeping ‘Til the Queen Sleeps: If Markle stays at the Queen’s house, she’s gotta stay up until QE2 falls asleep, so says the Daily Beast. Apparently it’s considered bad form to call it a night before the monarch. Luckily, the Queen isn’t known for throwing all night-ragers so Markle likely will be able to hit the hay before midnight.

15. Do Not Pass Go: Monopoly is not allowed. According to Reader’s Digest, in 2008, the Leeds Building Society gave the Duke of York Prince Andrew the game of Monopoly to which he responded, “We’re not allowed to play Monopoly at home. It gets too vicious.” Looks like all of Meghan’s get out of of jail cards have been used up.

16. No Pinkies Out: Tea time is an important time for royals. Etiquette expert Myka Meier told People that the correct way to drink tea is to use your thumb and index finger to hold the top of the handle, while the middle finger supports the bottom. You should also sip from the same spot the entire time so that the rim doesn’t get lipstick stains. If you are a coffee drinker, you should loop your index finger through the handle. But beware—no pinkies out. Even the royals draw the line somewhere.

17. No Shellfish For You: It’s an ancient royal tradition to say no to shellfish in order to avoid food poisoning. While the royal family doesn’t always adhere to that rule, Queen Elizabeth still does. Let’s be honest, the 92-year-old loves her traditions. Since it’s only a few days in, it’s still unclear if Meghan will be allowed to feast on the exoskeleton-bearing aquatic invertebrates now that she’s no longer a mere mortal. But perchance she’s already thrown out her hunger for molluscs, crustaceans, and echinoderms, along with those Godforsaken wedges.

7 Key Rules Meghan Must Follow As A Queen was last modified: May 23rd, 2018 by Reporter