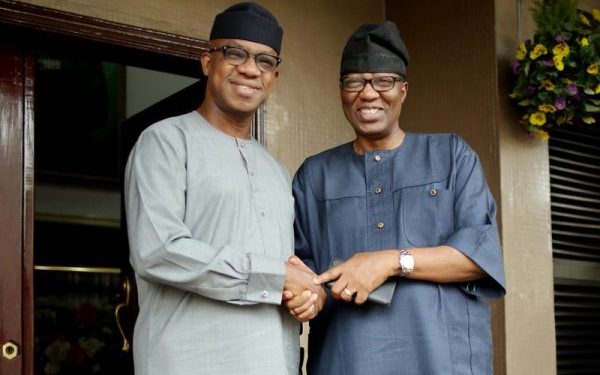 Abiodun, in a birthday message by Kunle Somorin, his Chief Press Secretary, on Monday, described the former governor as an astute administrator and exemplar leader, whose tenure between 2003 and 2011, opened up Ogun to investors.

He added that OGD’s administration saw human capital development being taken a notch higher in the state, while capital and economic viable projects such as Olokoloka Deep Sea Project and the Cargo Airport, were also conceptualised.

Abiodun, who noted that the former governor brought his private sector experience to bear in governing the state, said his landmark achievements still dot the length and breadth of the state.

While felicitating Daniel on his 65th birthday, the governor declared that his administration would continue to study his template of governance and adopt some legacy projects embarked upon by the former governor.

“On behalf of my government and the good people of Ogun State, I felicitate a former governor of our dear state and friend, Otunba Gbenga Daniel. Your tenure as governor between 2003 and 2011, elevated our state and opened it for investors to come in.

“No doubt, your background in the private sector played a major role in making Ogun investors haven. We cannot forget the work and efforts your administration put into establishing an agro cargo airport and Olokola Deep Seaport Project, all to turn around the economic fortune of our state.

“As an administration, we shall continue to study template of good governance you espoused while at the helm, while some key projects such as the airport will be pursued with vigour and ensure it is delivered for the benefit of our people.

“OGD, as you add another year, I pray God grant you long life, good health and continue to enrich you with wisdom, so that we can continue to drink from your fountain of knowledge for a very long time to come.

“I wish you happy birthday, long life and prosperity”, the statement stated.