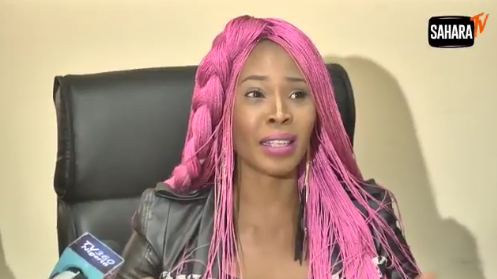 The alleged sex scandal involving senior pastor of Omega Fire Ministries and his accused blackmailer, Stephanie Otobo, took a different turn yesterday when at a press conference in Lagos, Stephanie said Apostle Suleman allegedly told her that one Daniella Okeke, an actress, was one of his ex-girlfriends whom he had threesomes with. At the press conference, she said that Apostle Suleman doesn’t eat much and that ‘he loves sex a lot’

Be more transparent with your health status, PDP advises Buhari on his return

From London to Abuja in 50 days: Buhari’s return By Reuben Abati