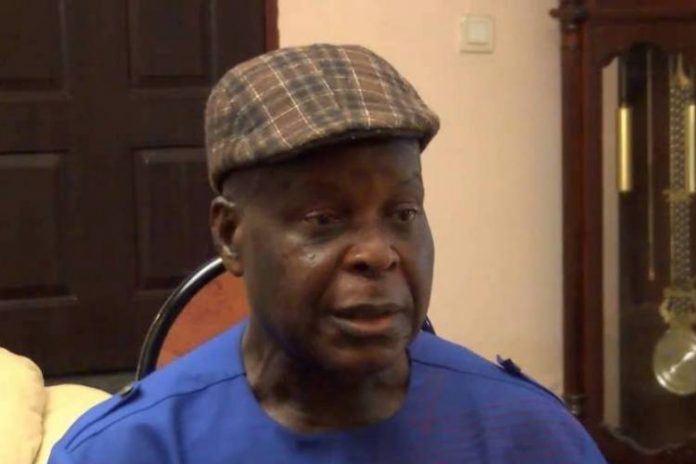 A constitutional lawyer, Pelumi Olajengbesi, on Friday called on the Acting President Prof. Yemi Osinbajo (SAN), to intercede in alleged one-sided promotion exercise about to commence in the Nigerian Police Force (NPF).

He raised accusations that officers of the force were often elevated based on ethnicity and relationships rather than merit.

Olajengbesi, who spoke during a media briefing in Abuja, disclosed that about 72 aggrieved security officers had lodged complaints about denial of their promotions.

The lawyer, who is Executive Director of United Global Resolve for Peace, a civil society organization, criticised the development describing it as such capable of discouraging the officers from diligently performing their responsibilities.

He appealed to Osinbanjo to direct the Chairman of Police Service Commission (PSC), Sir Mike Okiro, to probe several concerns and ensure equity and fairness in the forthcoming promotional exercise.

“There is currently a development in the Police. For over six years, the police have been exposed to reckless promotion scandal. You are also aware that there is currently promotion process going on and we are surprised that this process is also enmeshed in a lot of dirtiness, reckless abuse of opportunities, favoritism and some of those acts that don’t glorify any nation that practices democracy.

“So we decided to call you to give caution to the Nigerian state and call on the acting president to ensure that the anti-corruption searchlight should be extended quickly to the police,” Olajengbesi said.

He warned the Inspector General of Police (IGP), Ibrahim Idris, and PSC chairman to desist from wrong acts capable of demeaning the force.

“Now that the police are becoming determined in their duties, then people in authority must also treat all police force members with all forms of respect and dignity. Our demand is that everyone who is due for promotion should be promoted.

“When people diligently work in a particular organization and they are entitled to certain promotions when they are denied of these promotions, it amounts to great discouragement. It will affect their psyche and this is becoming today’s value system,” he added.

In his remark, Executive Director of the organization, Olaseni Shalom, said the organization has decided to open an electronic mail to enable every aggrieved police officer suffering from the same segregation express their concerns.

He disclosed plans to engage in advocacy visits to the PSC and subsequently write a Freedom of Information (FOI) request to demand list of those who had been promoted, in order to ascertain if the Service was biased or otherwise.

Olaseni restated commitment of the group to take up the fight on behalf of the marginalized police officers across the nation.