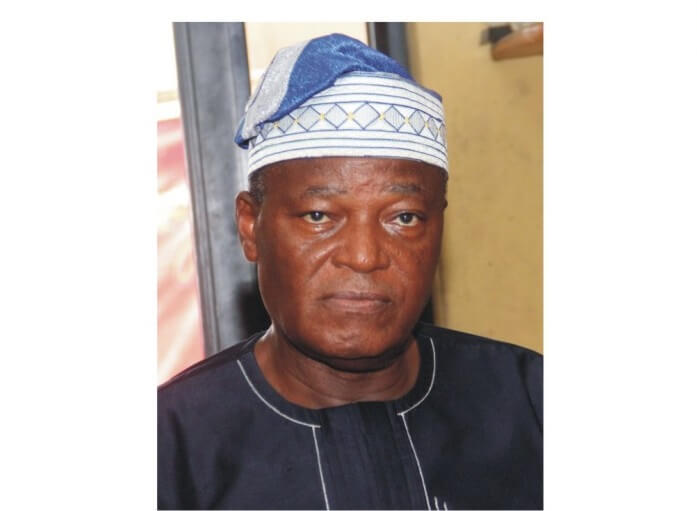 Last week Thursday, May 3rd, 2018 Barrister Nasir Adewale Bolaji, the Chairman, Lagos Chapter of the Action Democratic Party was our guest at our City People Political Roundtable. He spoke about this unique party that does not have money bags backing it up. He spoke about how the party survives on the constant contributions of members which is as little as N500 or N1,000 per member and revealed how very different ADP is from APC, PDP and co.

He says his party is not leaving any stone unturned in it’s bid to achieve resounding success in the coming elections. Registered in June 2017 but had been in existence a while before then, the Action Democratic Party is not your conventional run-of-the-mill political party. It is different and unique in it’s own way. From the way the party has been set up to it’s ideologies and philosophy, it is clearly different from the rest of the pack.

“The Action Democratic Party was borne out of circumstance,” he explained. “Like millions of other Nigerians, we were very unhappy with the direction we were heading in the country, hence the decision to come together to form a strong formidable party that will wrestle power from these politicians milking us dry and steer the country back on the right track because we believe Nigerians deserve better than what they’re presently getting from this government.”

The soft spoken ADP chieftain didn’t stop there, he also vented out his frustrations on politicians, especially those occupying elective position.” Our politicians have failed everyone who voted them into office. About 80% of our politicians are self-centred. Their only motive for going into politics is to enrich themselves, and not to serve. This explains why, often times, you will see a politician who had no single property to his name before he got into office suddenly erecting edifices in choice areas just a few months after he was elected into office.  And this is why ADP is calling on everybody to participate in politics and join the right party, otherwise you leave governance to criminals.”

One of the things that stands out ADP from the rest of the pack is it’s insistence on making the party youth oriented. According to Barrister Bolaji, “the ADP wants, at least, 60% of elective offices to go to people between the ages of 40-45 or even below.” This explains why the party is galvanizing the youths from all parts of the country to come forward and vie for elective positions.  According to the chairman, Lagos Chapter of the party, more than 80% of members of ADP are below 45 years of age.

Barrister Nasir Adewale Bolaji also gave an insight into the set-up of the Action Democratic Party. He said the party is presently in all states of the federation and the National Chairman is Engr. Yusuf Sanni Yabagi while the BOT chairman is Chief Alani Bankole. When asked why the party is not parading an array of big names and if it has some ‘big masquerades’ behind it that have not been revealed to the public yet, the Barrister gave an emphatic, No! “A lot of the so-called big names have been coming to us, asking to join the party and offering big money but we have told them to keep their money. We don’t need their money. We are ready to work with the big personalities only if they are ready to work with the party in strict adherence to it’s constitution.

In ADP, there is no big man, everybody is equal. Everybody is a big man. And this is why nobody can hijack the party tomorrow or claim to be the owner. In our party, members make regular contributions and give their quota to enhance the growth of the party. In ADP, we pay for membership forms and it’s N250 per form. In other parties, it is free because somebody has already paid for it by picking up the printing cost. It is that person that will decide for others in the party. He decides those who should run for elective positions and who should not. There is nothing like that in ADP, the party is owned by members.”

But how does the party hope to go toe-to-toe with the big political parties and cabals who have a huge financial war chest at their disposal? A confident Barrister Bolaji responded: “Yes, we may not have the kind of money they have at their disposal, but we will fight them by reaching out to people in every corner of the country and letting them realize it is time for them to make a difference. People are suffering and we will make them understand that they can put an end to their sufferings by joining the right party and voting into power the right people. That is the only way we can make a difference come next elections.”

10 Drugs Nigerians Are Buying To Fight...