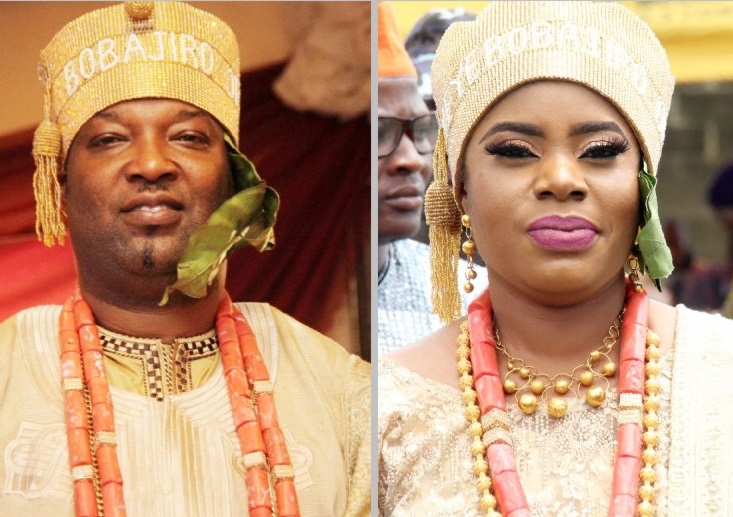 40 years ago, the late business mogul, MKO Abiola became the Bobajiro of Ode Remo precisely in July 1978. About 20 years after his demise, the town Ode Remo found another worthy ambassador with matching philanthropic attributes and gestures of the late politician and social crusader, in the Real Estate Guru, Oba Adetola Emmanuelking who coincidentally has his maternal root from the same town.

The installation ceremony was well attended by royal fathers and eminent personalities in the Ijebu community, as it was held during the 33rd anniversary of Lafose Day Celebration. Speaking at the event, Dr Oba Adetola Emmanuelking, who coincidentally happened to be the chairman of the event, stated that he was overwhelmed by the priceless recognition given to him by the community, where his maternal grandmother coincidentally came from. In the speech he delivered at the event, Oba Emmanuelking lauds the peaceful and coordinated way of life of the people of Ode Remo and the accommodating gesture of the indigenes towards visitors.

“The communal peace which the success of the Ode and Makun forefathers and their descendants in shunning communal conflicts over lands, during and after their joint migration is remarkable as a moral lesson for the rest of mankind. It is noteworthy that although these two sets of people initially settled down in a single location at the Ijebu Waterside, now popularly called Ode Omi, yet they simply existed together in one love, before divine guidance separated them physically but never sprirituallly. It is against this background that I see myself, not as an invited dignitary, on this august occasion, but as a home boy coming home to celebrate with my Royal father and traditional chiefs as well as my brothers and sisters. It is indeed true that “Ijo ti ada Ode L’ada Makun” (Ode was created the same day as Makun).