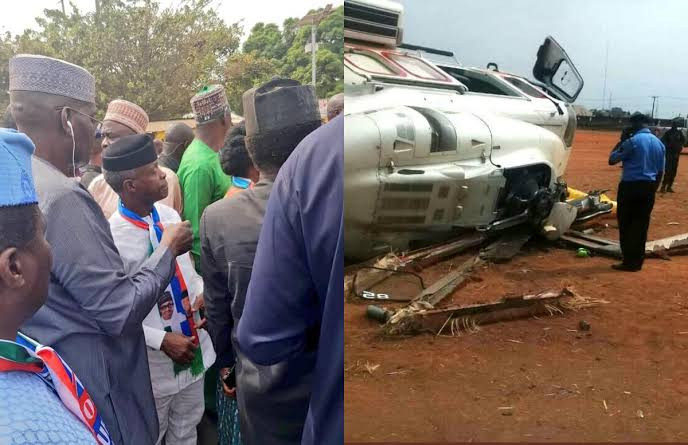 The operator of the crashed chopper involving Vice President Yemi Osinbajo in Kabba, Kogi, failed to carry out risk assessment test of the Kabba Stadium prior to the flight.

Akin Olateru, the Accident Investigation Bureau (AIB) Commissioner, made this known while presenting the bureau’s report to reporters in Lagos on Wednesday.

The News Agency of Nigeria (NAN) reports that AIB released its preliminary report on February 2 on the Caverton Helicopter crash involving Mr Osinbajo.

Mr Olateru, presenting the reports exactly 11 days after Mr Osinbajo and 11 others survived the crash, said: “The findings revealed that the helicopter had a valid Certificate of Air Worthiness.

“But the operators, Caverton Helicopters Ltd., failed to carry out risk assessment test of the Kabba Stadium prior to the flight.

“Caverton Helicopters Ltd. did not conduct site survey of the landing field prior to this flight