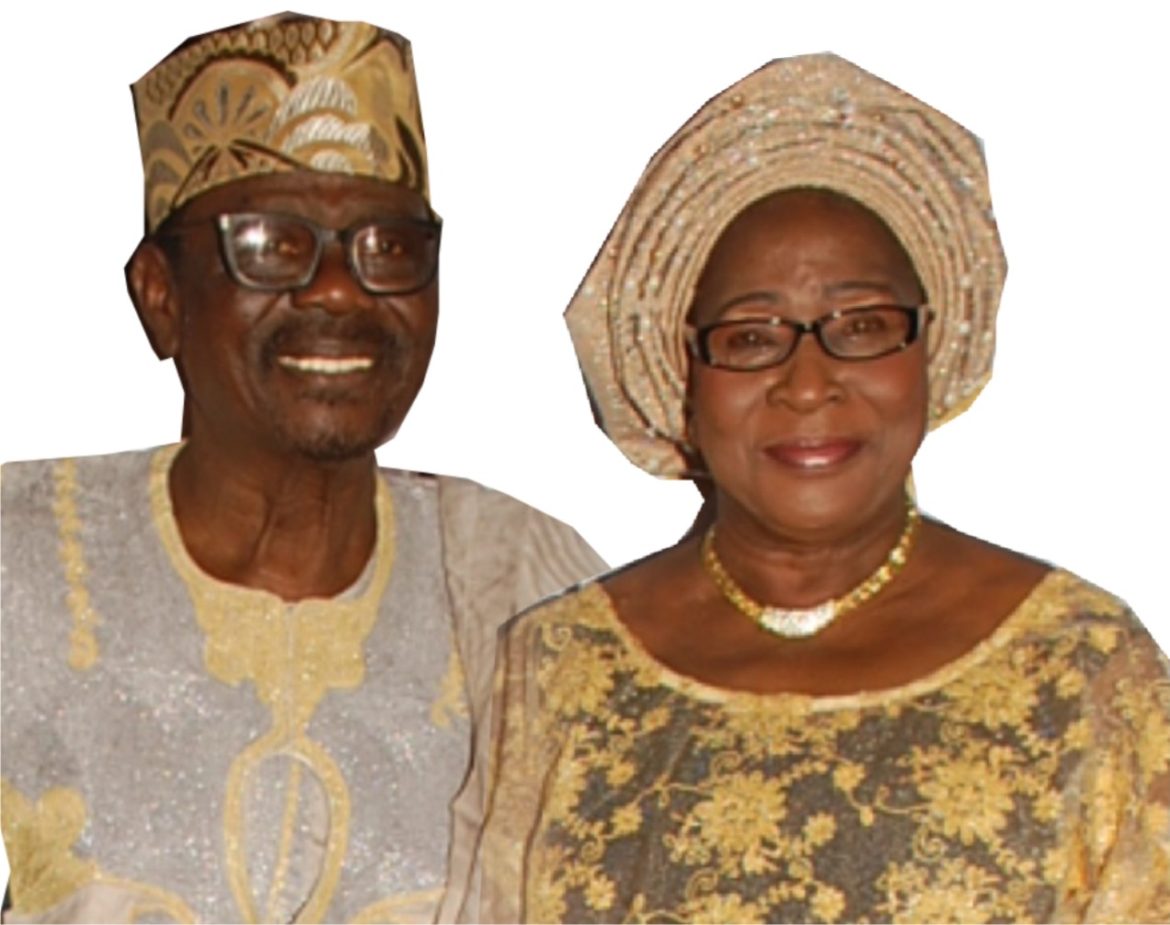 Chief Mrs. Bunmi Tola Adeniyi, one of Nigeria’s leading women of substance and wife of media guru, Chief Tola Adeniyi fondly referred to as Irumole, turned 70 in November 2019. This beautiful woman recently was celebrated by family, and friends in Lagos, a couple of months after she celebrated a classy 70th birthday in Canada in November 2019.

The birthday celebration was a small, but classy type, as the celebrant was treated to a memorable event by all her loved ones. The guests who were no more than 100 at the event were all dressed glamorously in honour of the great woman whose tribute inspired many as a humble, kind and loving wife, mother, and friend.

Yeyesorun’s story is an inspiration to many. At a time when women don’t get the front seat in the scheme of things in Nigeria, she fought against the odds to take up the responsibility in 1988 to become the first woman to head the Old Oyo State Ministry of Finance as Permanent Secretary and when Osun State was created in 1991 she was also appointed pioneer Director-General of the new Ministry of Budgets & Economic Planning. She was installed the first Yeyesorun of Ile-Ife, a very high-ranking traditional title of the Source. She was also installed the Yeyemeso of Ede Kingdom. Speaker after speaker credited her with laying the foundation for Osun State’s Economic Planning.

She spoke to City People’s SEUN JOSEPH on what it means to be 70 and the journey so far with the media guru.

Congratulations on your 70th…

How do you feel at 70 despite looking young?

(Laughs) well, people ask me that a lot but I have to tell you, I don’t feel young, I might look young, but I know what my body tells me,

But of course, when you eat the right food, watch your hygiene, drink water and take fruits, natural fruits. You will be shocked how healthy you will be, you know,

But then I thank God for keeping me alive, my family and friends both in Nigeria and Canada who stood by me and celebrate with me, my children and of course, my dear husband,

I did not expect something this big. I just thought we will be very small in number and we just do our thing, but I am really surprised by the love and huge turn-up. I really appreciate,

Can you give us a brief background of your growing up.

Yes, I grew up in Ibadan in the old western Ibadan, went to early learning school. I remember I was rejected the first year because they thought I was small, so my parents were advised to let me wait for another year, but I had to change school. Later went to Girls College, Ibadan and then the University of Ibadan, where I met my husband.

I joined the Oyo State Civil Service and grew to the rank of Permanent Secretary. I was later appointed as 1st woman Director-General in the new Osun State.

Can you share with us your love story with the Akogun?

Hmm… I used to know him way back in the University, but we don’t talk. He was more of an assertive person, while I belonged to the S.U community back in school. He was in the student union movement and was very popular, but I didn’t want that kind of popularity so I stayed away. Fate however brought us together again about two years after school and he came, we talked and here we are today?

What is it like being a wife of Akogun?

(Laughs) hmmm.. it’s not too difficult, but I thank God. You know he’s a media person, and he used his content to attack the military government those times. With the pen as his weapon, he paralyzed the antics of the ruling class in the military, who appeared to be on a mission to bring the country to ruin at all costs.

Almost all the heads of States suffered a hard hit from the literary missiles of Akogun. In fact one of them said, he will be fulfilled if killing him was his only achievement back then. He was a tough writer and he feared no one. He still does, but he’s now subtle with his pen.

Can you share with us what you went through during those periods when he was a tough writer?

You know, all his writings have been geared towards protecting the weak and the oppressed, the depressed and the deprived in the society,

That he became an outstanding man of the letter is not by accident. He had honed his skill right from his days as a column writer in his secondary school in Ago Iwoye, where he was the editor of a school magazine. He continued in Ijebu Ode Muslim College and became the Editor-in-Chief of The Scientia.

He also founded the Writers’ Club in 1966, which had Prof. Femi Osofisan as a member. But once he fully became a dogged writer with several missiles shot at the government with his pen, he does so under different pseudonyms such as Aba Saheed, Nguwen Tol Nae, Tola Nee, and so on.

There was a time he had to leave town, I was still in the civil service and some of the government functionaries were monitoring my movement so as to get him. People asked me if was scared and I said No!… I will drive home, and change my car, take his car and drive to see him without anyone suspecting.

Well, he eventually got arrested one day after one of our meetings on the orders of Kam Salem, the then Inspector General of Police, but he was not perturbed.

He’s been a good father and husband.

How did you become the first DG Osun State?

You see, I believe that was orchestrated by God. Just like my husband, I am equally committed to whatever I do, so while I was in the Civil Service, I was very dedicated and I also championed several causes despite that women don’t get the front seat in civil service during the period. When it was time for promotion, my boss just included my name.

So, in 1988, I became the first woman to head the Old Oyo State Ministry of Finance as Permanent Secretary and when Osun State was created in 1991, I was also appointed pioneer Director-General of the new Ministry of Budgets & Economic Planning.

How did you become the Yeyesorun of Ile-Ife?

I was made the first Yeyesorun of Ile-Ife by Oba Okunade SIjuade Olubuse. I believe it was because of my role in the creation of Osun State and the Economic Planning of the state that I spearheaded as a woman while I was the DG Osun State Civil Service.

How do you maintain your look?

Ah, there is no secret tip to that o. I just don’t put too much makeup on my face. I watch what I apply to my skin, and eat healthy food.