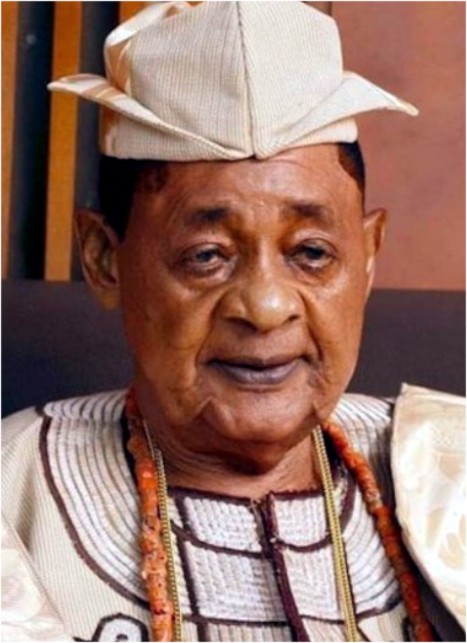 Oyo town was agog on Saturday 15th October, 2022. It was the 84th posthumous birthday celebration of the late Alaafin of Oyo, Oba Lamidi Adeyemi 111. That has been the tradition for family, friends and associates of the late highly reputable Yoruba monarch to gather on this day at the palace square till he breathed his last in April 22, 2022.

One of the lineup programs for this year’s celebration in memory of Oba Adeyemi, however, was an empowerment and commissioning of projects by his son and the two-term honorable member representing Oyo Federal Constituency in the House of Representatives, Akeem Adeyemi.

‘Skimeh’, as the lawmaker is popularly known, who betrayed emotions while speaking revealed that his late dad had written the speech he was to deliver at the commissioning, adding that it was titled ‘From Dirt to Glory’. He also disclosed that the departed monarch’s last wish was that Bola Tinubu, candidate of the APC becomes president.

He urged youths to support Tinubu, explaining that the former Lagos governor has contributed immensely to the development of the country, calling on youths to be focused and cast their votes for the man who has their interest at heart.

He said: “We want to appreciate our presidential candidate, Asiwaju Bola Ahmed Tinubu and Sen. Kashim Shettima. The project is paramount to us, it is paramount to Oba Lamidi Adeyemi. His last wish was to see Asiwaju become the President.

“Five hundred grassroots mobilisers for Asiwaju Bola Ahmed Tinubu and Kashim Shettima were empowered with cash today to move and spread the gospel of harbinger of success, Asiwaju Ahmed Tinubu.

“I want to admonish the youths to look and be focused to know who truly loves them, who they can support, and who has the interest of their future at heart.”

Close to 2,000 people were empowered with cash while Skimeh, a day before, commissioned ICT Centre, a block of three classrooms, motorized borehole, transformers and also offered free medical services to thousands of his constituents.

“Today would have been his 84th birthday, as people do celebrate posthumous birthdays, we lined up series of activities and projects to commission and to honour Oba Lamidi Adeyemi III. We started with free medical services such as free treatment, free drugs and distribution of food items throughout the four local governments.

“After that, we moved to project commissioning. We commissioned classrooms, ICT centre, borehole, transformers.

“To top it all, where we are today, Ode Aremo, was known as the greatest dumpsite in Oyo. We turned it around with Oba Adeyemi’s blessings. What we are handing over to Oyo today is an edifice that would be used for so many social activities,” he added

The program wasn’t only colourful but also symbolic. The venue, Ìba Adeyemi III arcade (mini stadium), which used to be Ode-Aremo, a dirty refuse dumping ground whose foundation laying ceremony was performed by the late monarch, was commissioned that day.

Some of the dignitaries at the event include Senator Teslim Folarin, governorship candidate of the All Progressives Congress, APC; Chairman and secretary of the party in the state, Ajiboye Omodewu and Tajudeen Olanite; Asimiyu Alarape, Kazeem Isiaka, Segun Taiwo, Muideen Olagunju, Sina Alabi, Yinka Taiwo, Biodun Adeyemo, Jelil Agboola, Wasiu Rufai and host of others were in attendance.

Oyomesi was led by the Basorun of Oyo, High Chief Yusuf Ayoola; wives of the late monarch were led by Ayaba Ramat Adedayo Adeyemi; Muslim community led by Chief Imam of Oyo, Shiekh Moshood Ajokidero while the children were led by Prince Tunde Adeyemi. Also at the event were former commissioners- Taibah and Tutu Adeyemi. Notable indigenes of the town who were at the event were Archbishop Ayo Ladigbolu, Idris Adeoye, Kunmi Ajisafe and others.

The Mogaji of Adeyemi, Alhaji Hasan Oranlola Adeyemi, and Oyo traditional council (Oyomesi), represented by the Samu, High Chief Lamidi Oyewale, lauded the lawmaker for having the love of Oyo and her people at heart.

Ladigbolu, who spoke during the event, said the departed monarch was instrumental to many developmental strides in the ancient town, urging other influential sons and daughters to join hands to move the town forward.

Help!  Who Should I Choose From These 2 Men