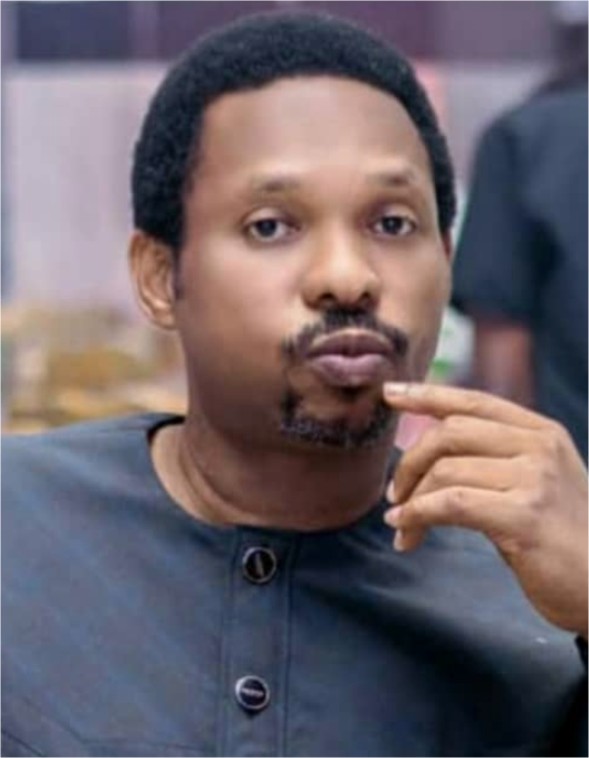 Set To Hold 3rd Edition Of His PERA Awards

Reveals What To Expect

It is not often that you find one single personality who can sing, act, emcee top-notch events, and perform creditably well as a broadcaster all at the same time, but Rotimi Martins, the man better known as Alariwo of Africa can do all of the aforementioned and much more. He took the music scene by storm several years ago with his monster hit, “Yawa Go Gas”. The song was big. It won Alariwo several awards and shot him into fame and fortune. He proceeded to record a couple of other hit songs, including the inspirational anthem, “Adara”.

In between all of these, Alariwo began to showcase the multi-talented side of him. He veered into movies, had impressive stints as a broadcaster on radio, compered thousands of A-list events and stunned everyone with his remarkable versatility, hence he was named the undisputed cross-over king.

Today, Alariwo has taken a back seat from singing. While he has not completely left music (he continues to record dozens of new songs) he has his hands in many high profile projects. One of such projects is the Pacesetter Entertainment and Recognition Award PERA. It is an annual award and recognition event created specifically to honour and recognise illustrious sons and daughters of Oyo State who have done remarkably well for themselves and for the society at large. PERA, according to Alariwo, ensures that as an indigene of Oyo State who has made a mark for himself/herself and for humanity, you are acknowledged and celebrated.

When you have heavyweights like the Oyo State Executive Governor, Seyi Markinde and ex-Oyo Governor, Chief Rasheed Ladoja, throwing their weights behind you, then you can’t but be confident.

City People’s Senior Editor, WALE LAWAL, had a brief chat with the “Yawa Go Gas” hit maker and he shared with us his plans and why he believes the 3rd edition of the PERA Awards will be the biggest and the best of all three editions.

Tell us what’s new, we know you have a lot of projects on your hands but which one is on the front burner right now?

Right now we are working on the third edition of Pera Award. This is an award created to celebrate indigenes’ and residents of Oyo State who are doing very well in their chosen careers. The award will be coming up on the 8th of December at Jogor Centre in Oyo State. And why Oyo State? Oyo State is the Pacesetter state in the sense that they have been paving the way for a long time. From having the first Tv station to first university and several other things they have done first. So we felt we should pave the way too and have this award that we call Pacesetter Entertainment and Recognition awards Pera which has been on for three years now and so far we thank God.

How would you describe the public acceptance of the award?

The first edition was interesting and the second edition was better and the 3rd will be wonderful by Gods grace. It will be big. One thing is, a lot of people love creativity and love to be appreciated and people are always excited when it’s Pera time because we let people vote and voting lasts for a month and after that, we calculate and give plaques to the best man. People are responsive and happy about Pera awards because it is the only credible and prominent award in Oyo state.

Alariwo has become a brand known for originality and standard so one will expect that this event will come with a lot of top-notch quality, what are you doing in that regard to make sure that this works out well?

Well, the truth is what you need really is funding, and it’s not easy to come by,  but all you need to do is just keep pushing and trying until people appreciate what we are doing even though we have the support of a couple of people. Some weeks ago exactly on the 30th of October I met with the governor and even though he was in a hurry he still listened and asked that we meet his Commissioner for Development and Tourism which we did and we’re still in talks with him to see the possibility of the state supporting us with every means necessary. But I must say the governor is a very nice man and supportive too. He even went on to say that he likes the concept and he will like to support entertainment in Oyo State and I want to thank him for his efforts so far and his brother, Seye, has also been supportive. This is a project that everyone is supposed to take and appreciate as theirs because this thing costs a whole lot of money and is self-sponsored but by Gods grace, we believe that now that the Governor has shown interest he will support and other people will do same

It’s great to know that the governor is showing interest, what has been the response from other prominent sons and daughters of Oyo state?

A lot of people appreciate it and they want to see how credible the brand will be. Because all sorts of people just put up awards with the intent of just wanting to make money but some people are studying us and are seeing the credibility. I have a lot of people that have been supporting us like Dr Shinna Adekunle, Uncle Bisi Olatilo and a lot of people have been really encouraging and there are some people that we have approached and are ready to support.

Some days back I met his Excellency Chief Rasheed Ladoja the Ex-governor of Oyo State and he said he will be there, that it is a good step in the right direction and good concept. A lot of people are watching and sometimes they call me when I least expect it, I was so happy when I met Chief Rasheed Ladoja, the reception he gave us was so overwhelming. The man is too down to earth, for him to have called to show appreciation and encourage us I was really excited and he gave us his words that he will be there and he will support us. We have different categories, recognition awards and we have many people that we are talking to. We are honouring uncle Femi Sowolu the man behind Jams FM. In the first edition we honoured Baba Akande with a recognition award, the second we honoured a couple of people and this year we will be honouring Dele Odule in the movie sector. We are honouring a lot of people. We have 40 categories with 5 recognitions and 35 nominations. We have awards for music, comedy, event of the year, indigenous news caster, OAP, all we do is go to different radio stations and ask them to give us the best of them and we let the best man win via transparent voting.

Yes, they are all voting except the recognition categories, which we just give out to veterans who are doing well and are worthy of the award.  And hopefully, we will be honoring the governor as the Pera Man of the year. The speaker Oyo State House of Assembly, hopefully we will be honouring him with the Young Achievers award because he is a game changer who came in not long and did a whole lot.

The Alariwo that I know has lived all his life in Lagos so tell us why did you choose Oyo state?

That is a very good question. I run an Orphanage with my elder sister and I have been running it since 2011 before she came back to Nigeria and anytime I attend any event in Oyo State it was always a comedy show and I said to myself why don’t we honour people that are doing well in this state that deserve to be honoured?  So in 2015 I came up with the concept and I called it PERA. In 2016, I developed it and then in 2017 we had the first edition. And you asked why Oyo state, Yes Oyo State because it’s the state of many firsts and I have a lot of things I am doing in Oyo state and I still stay in Lagos. I also have a house in Oyo so I thought I should do this to encourage the indigenes of Oyo state and they were happy about it. One thing in life you should know is that if you are celebrated you will rather go to where you are celebrated and not tolerated. PERA is really growing and people are excited about it.

How fulfilled will you say you are with PERA?

Physically, mentally, and otherwise I am fulfilled but financially I am not because I am spending money. Last year I sold my car, the C-class because I had no choice.  While I was waiting for a corporate organisation who gave me their word that they will fund it and they were not forth coming,  I had no choice when I looked around and saw my cars, I realised one of them had to go. So I went to a friend and asked him to give me a loan and he asked what I will give him in return so I said I would drop my car and he will give me 5 million. I know my car is worth more than that amount. So I used the money to do a couple of things and when I needed more I had to go back to him. All I wanted was to do something good and by Gods grace, it worked out, but financially, I have not made money from PERA.

Why People Don’t Always See Me Around The OONI – His Father, Prince OLUROPO OGUNWUSI Reveals