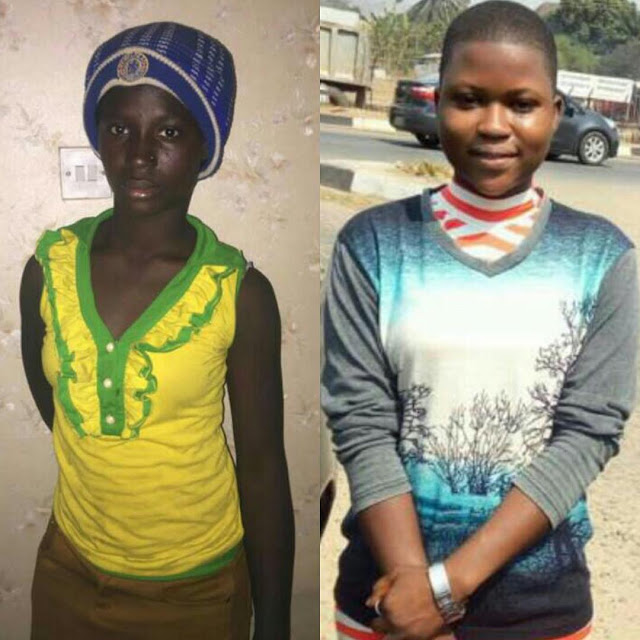 One of these thieves’ victims has taken to social media, to warn Nigerians about two girls, who go around pretending to be housemaids, but are actually thieves

Here’s what she wrote;

“Warning to everyone. Please do not employ these girls in the picture as house helps (the first one in yellow is Mariam while the other is Taiwo). They work with robbers and fraudsters.

My sister and I got the two girls from the same agent, Mr Salfu from Togo but he lives in Saki area of Oyo stat. The one in yellow worked for me for 6 weeks meanwhile I paid the agent 6 months in advance.

She ran away last week with my gold wristwatch, Samsung grand duos phone and some of my clothes, leaving my son alone in the house with the doors opened, neighbors saw her leaving on a bike with two bags.

The other one left my sister’s house after 2 weeks, meanwhile she also paid for 6 months in advance. We have been calling the agent since then and he started by saying we were calling a wrong number, later he stopped picking our calls. Please share to alert everyone.”