All TINUBU’s Traitors Will Be Put To Shame – MUDASHIRU OBASA 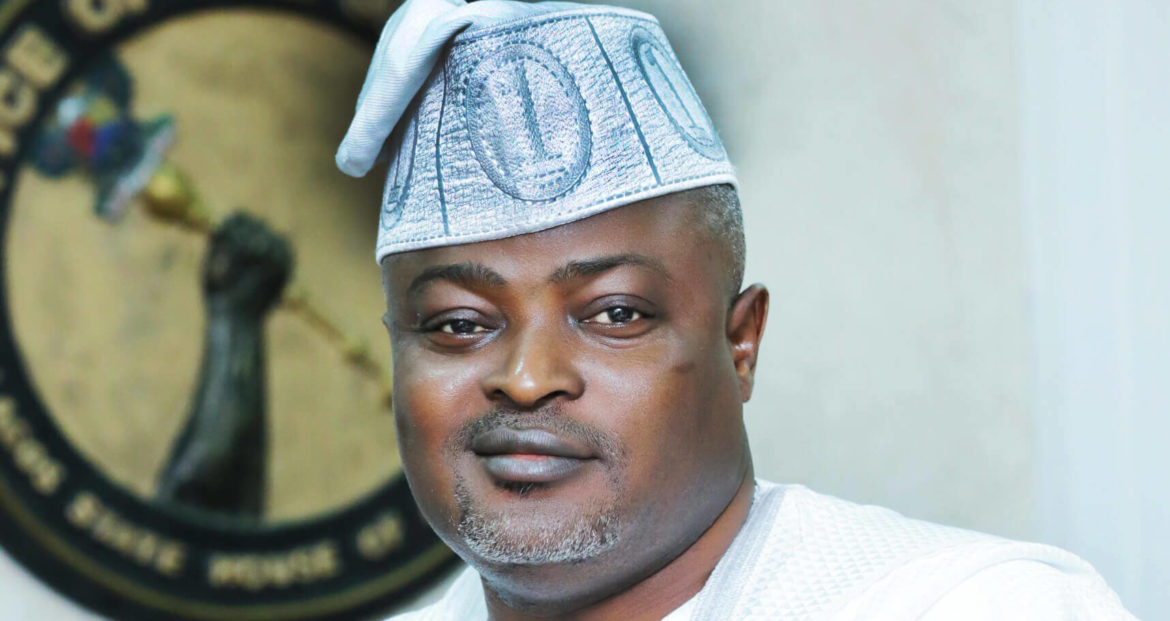 The only name on the lips of Nigerian politicians right now is none other than Asiwaju Bola Ahmed Tinubu. He has become the main issue in Nigerian politics. All sorts, including the good, the bad and the ugly, have been written and said about him in the media space ever since the Jagaban Borgu notified Mr President of his intention to contest for the presidency. His declaration to run for president has divided not just the political class, but the general public as well. Right now, everyone has taken sides, it is either you’re for him or against him. And if truth be told, the man described as the greatest political strategist of our time has, by far, more that are for him than those against him.

As we speak, Asiwaju’s loyalists have drawn the battle line against those who are standing against their leader and mentor. They are no longer prepared to just sit by and watch those who stand against Tinubu to continue to malign and denigrate like they have done persistently in the past weeks. They are becoming particularly enraged by the unguided statements of some of Asiwaju’s former loyalists who are now squaring up against him on the political field and casting aspersions on his person. One of his loyalists who is spitting fire right now and sending warning signals to all of Asiwaju’s former boys and loyalists who are now maligning him is the Speaker of the Lagos State House of Assembly, Rt. Hon. Mudashiru Obasa.

He was a special guest of honour at the recently held Free Medical Program organized by Hon. Desmond Olusola Elliot for members of his Surulere constituency 1. The Speaker stormed the hugely successful free medical program that had well over a thousand people in attendance midway into the program to support his fellow Lawmaker and encourage the people to support him also and stand by the party, APC, come rain, come shine. But he did not just stop there, he also used the opportunity to throw stones at those he considered traitors of the APC national leader, Asiwaju Bola Ahmed Tinubu. He began by commending Hon. Desmond Elliot for his efforts and also praised Surulere residents as being one of the most educated voters in the state. Hear him:

“I have no doubts, that in Surulere, we have some of the most educated voters in the state, so you know how important it is to support your representatives. Well, we have an example already. We have the Speaker of the Federal House of Representatives from Surulere. And he didn’t just become Speaker, he became Speaker because he has been in the House for quite some time. I think he’s in his 5th term right now. So, it is always beneficial to the constituency that you continue to support your representatives and I’m sure you all know that Hon. Desmond Elliot is competent, he’s knowledgeable and he’s honourable and qualified. If you choose to do otherwise, it’s not going to affect him but it will affect the constituency. No matter who you send to replace him, that person will not have the competence and knowledge to bring something tangible for this constituency. So, I am assuring you that Desmond is a good representative for the constituency and a competent one, so I want to urge you to continue to support him. At least, you can see from what is going on here, he’s doing this on his own in conjunction with our doctors here who are offering their services for free.” He took the time to thank the doctors and commended them for their sense of patriotism. While he was thanking the doctors, one of the women cheerleaders in the crowd raised a song urging members to stand on the mandate of Bola Ahmed Tinubu. This got the respected Speaker to pour out his anger against those he considered traitors of Asiwaju who are hell-bent on thwarting his ambition to become president of the Federal Republic of Nigeria come 2023.  And though the Speaker did not mention names, but he was obviously referring to the Minister of Interior, Ogbeni Rauf Aregbesola, who has been locked in a bitter war of words with both Asiwaju’s camp and Osun Governor, Oyetola’s camp. Rauf Argegbesola was one of Asiwaju’s closest and most loyal aides for several years. Indeed, he was regarded as the next in line after Asiwaju within the APC hierarchy. In the last few days, the Minister has been busy throwing shades at his former leader and benefactor whom he acknowledged as being solely responsible for his becoming Osun Governor when he had thought all hope was lost. And many of Asiwaju’s loyalists have found his utterances as disrespectful and utterly in bad taste. This explains why the Speaker of the Lagos State House, Mudashiru Obasa, threw back at the Minister, a resounding note of warning. He said: “In APC, for the presidential race, we have a candidate, and he is our leader, our father, our mentor, who has always been there for all of us and this is payback time. So, we are going to give him everything to support him. So, to start with, the most important thing to do is make sure every one of us has his PVC. That is the first step. Tell everybody in your household, on your street, in your workplace must have their PVC. We must make sure we do everything we can to ensure that Bola Ahmed Tinubu emerges as the president of this nation, Insha Allah. But it is not for us politicians alone, you must go out there and preach the word that Asiwaju is the best man for the job. And as for the traitors among us, please ignore them! They were nothing, and they are still nothing. It is just a matter of time. The four-year ministerial appointment will come to an end. We shall see. We will continue to pray to Almighty Allah to sustain us and place us above all our enemies and traitors in our midst. The rest of them, God shall expose them. Shame to all traitors! God will put them to shame one by one! So, once again, I urge you all to keep on supporting Desmond Elliot, keep on supporting our governor, keep on supporting APC. Thank you and God bless.”

The Speaker left no one in doubt as to who he was referring to. And from the loud cheers he got from the animated crowd, it was clear to see he was not the only one in the gathering who felt embittered about the recent utterances of Rauf Aregbesola that made headlines both in the dailies and on social media. The rivalry between Asiwaju and his erstwhile loyalist continues to thicken with each passing day. How will it all come to a head? Who will shift ground for whom? Only time can proffer answers to these questions.

All TINUBU’s Traitors Will Be Put To Shame – MUDASHIRU OBASA was last modified: February 21st, 2022 by Wale Lawal