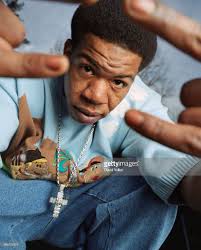 The hip-hop community is in low spirits as rap artiste Craig Mack has reportedly passed away.

The rapper who was a member of the Diddy-owned Bad Boy record label, reportedly gave up the ghost as a result of heart failure. He was 46 years old.

Mack rose to fame in 1994 when he dropped “Flava in Ya Ear.” The song became a hit but it was the remix which featured The Notorious B.I.G, LL Cool J, Rampage, and Busta Rhymes that became even more popular. The song received a Grammy Award nomination for Best Rap Solo Performance at the Grammy Awards in 1995, but it lost out to Queen Latifah’s “U.N.I.T.Y.”

The rapper soon exited Bad Boy Records and released his sophomore project, Operation: Get Down, in 1997. His second studio album did not enjoy the same success as his first album, and the rapper subsequently stepped out of the spotlight and spent the rest of his years following Christ.

Many years later, Diddy asked Mack to join the Bad Boy Reunion Tour in 2016 but he opted not to do the shows.

While the news of his demise remains unconfirmed, tributes have already started pouring in on social media from members of the hip-hop community.