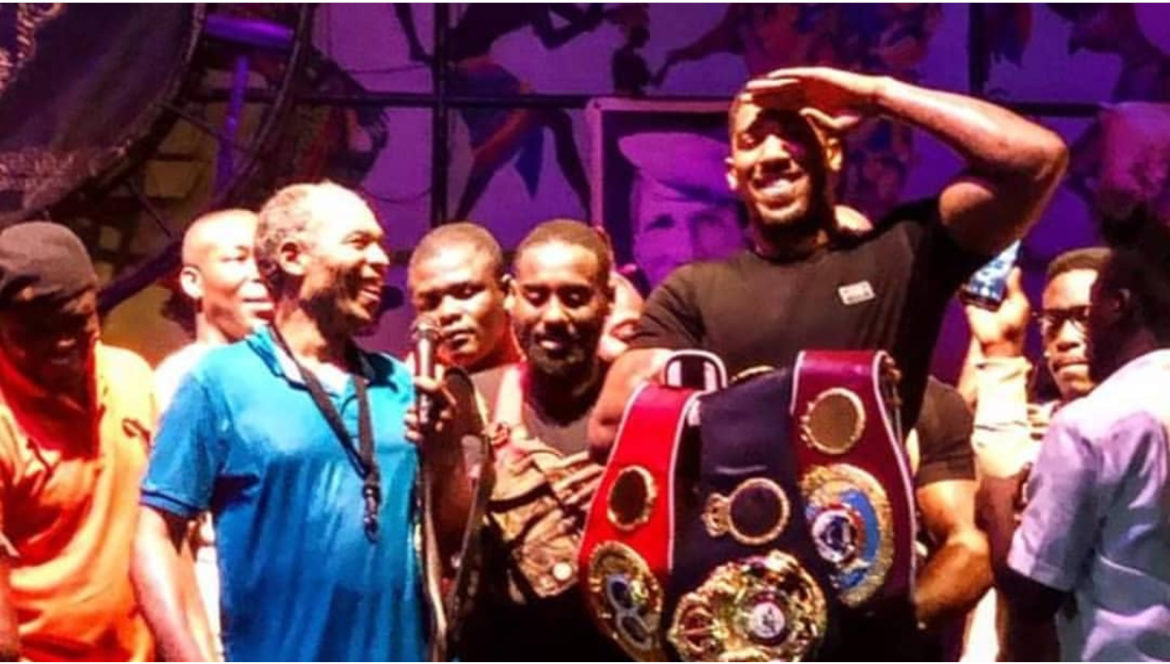 Anthony Joshua, British-Nigerian boxer, is making the most of his short stay in Nigeria.

The 30-year-old world boxing champion visited Afrika Shrine in Ikeja, Lagos, on Thursday night, where he was hosted by Femi Kuti, musician and son of Fela Kuti, the late Afrobeat legend.

In one of the video clips shared on the Instagram page of Afrika Shrine, Joshua is seen prostrating before Femi, in the typical Yoruba tradition of greeting elders. The duo would afterwards share hug while the crowd cheered them.

The elated Afrobeat singer also commended Joshua for his many strides, noting he had been praying for his success.

“If you the kind prayer and fasting I did for him,” he said as he dazzled with three of Joshua’s heavyweight championship belts won in December last year.

Joshua was also said to have visited Sagamu in Ogun state on Wednesday.

The talented boxer was born in Watford to Yeta Odusanya, a Nigerian mother, and Robert, a British father of Nigerian and Irish descent, in 1989.

He made headlines in December last year after defeating Andy Ruiz Jr, Mexican-American boxer, to reclaim his three world heavyweight championship belts in 2019.