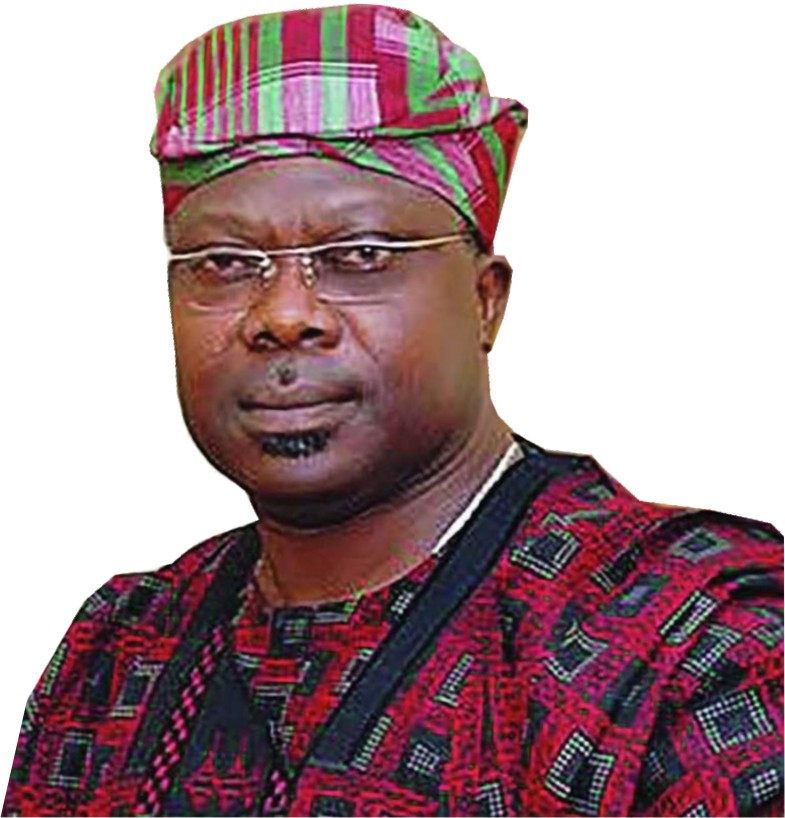 Since Asiwaju Bola Ahmed Tinubu won the APC presidential ticket, a lot of people have been commending Senator Iyiola Omisore, the National Secretary of the party for a job well. A  lot of accolades have been coming in, across the South-West. He is being commended for being steadfast, along with his other colleagues in the exco of the party.

Don’t forget that Omisore’s involvement in Politics started early in life as his family has always been involved in politics both at sub-national and national levels. He has also been active in international relations, representing Nigeria’s interest and position at various global processes and conferences. In the transition years of the Babangida Administration, he was involved in the Social Democratic Party (SDP) and later became a member of the Grassroots Democratic Movement (GDM), UNCP in the Abacha years, under the Gen. Abubakar transition years he got involved with the Pan Yoruba group Afenifere (a pre-democratic activist group largely in south west Nigeria), where he was caucus leader for Osun State and the south west region of Nigeria. It was natural for him to have been involved in the formation of People’s Democratic Party (PDP), All People’s Party (APP) and finally Alliance for Democracy (AD) where he was a top financial backer.

During his tenure in the upper legislative chamber in Nigeria, Senator Omisore distinguished himself not only in name but also by the key positions he held and the achievements recorded during this period at all levels of governance.

While he was the Chairman, Senate Committee on Appropriation, he worked with other members of the committee over 4 rounds of national budget reviews and allocation, increasing national investments in infrastructure, economic and social development as well as championing civic engagement in what has become nationally recognized as the ‘Inclusive national budgeting initiative’. Using this platform he transformed the appropriations processes into an evidence and people responsive process, taking on publicly solicited citizens and institutional perspectives to guide allocations and appropriations. While this often meant that long and challenging negotiations were required with the executive and implementing ministries departments and agencies, Dr. Omisore’s leadership and people skills kept all views and thoughts included until a shared budgetary consensus was achieved.

Dr. Omsiore further worked with global institutions and national civil society organizations to ensure that there is alignment between overseas development assistance and national budgeting and appropriation process, proposing for legislative action to support improved research evidence support alignment while focusing on improved budgeting performance and results. The overarching objective was to ensure of his work over the 4 year period as Chairman of the Appropriations Committee of the Upper Legislative Chamber of the Nigerian Assembly was to transform budgeting and appropriation into Socially Desirable Projects with sustained impact on national development. His work development assistance and performance with effective engagement of civil society is recognized by the International Health Partnership Plus and other international agencies.

Some of his key achievements include Infrastructure

(a) Dualization of Ilorin-Ogbomosho-Ibadan road (b) Repair of Ibadan road (c) Dualisation of Ijebu Ode-Ibadan road, Ondo-Akure, Ore-Ondo, Ore-Ipele-Lokoja, Abuja-Lokoja-Okene, Akure-Ado Ekiti, Ado-Ifaki, Aramoko-Ado-Ijero and Gbongan-Sekona-Osogbo roads. (d) Reconstruction of Oja-Ife market and expansion of the stall to 24, with further provision of fund for electrification of the market, sinking of boreholes, Provision of burglary proof e.t.c. and rehabilitation of the stall owners

Although he lost his seat to the senate in the national elections of 2011, Dr. Iyiola Omisore remains undaunted in his commitment to the development of Osun State, as well as the overall stability and economic progress of Nigeria. He retained his extensive ties with the legislative and executive process to ensure sustained investments in all the projects above, and contribute to national directions adopting concessional and the public private financing approach for sustained impact.

Senator Iyiola Omisore is a grass root politician, a political mobiliser and a community man, who has always being involved in development efforts in his place of birth, Ile Ife. He has been conferred with over twenty (20) traditional titles by different communities, where he has won the admiration of the people. He is a free mixer and could be found in the circle of both high and the lowly throughout Nigeria. He is also very much at home within the academia and has presented several academic papers at various academic functions.

As a distinguished Yoruba man whose impact has been felt in various towns in Yorubaland, Omisore has in his kitty different chieftaincy titles, all conferred by the kings of these towns in appreciation of what he has done to support community development and strengthen the contribution of traditional systems to public governance and order. The prolific engineer and politician amongst many other chieftaincy titles: Apesin Oodua of the Source, High Chief Lisa of Osogboland, Bashorun of Ijeshaland, Asiwaju Balogun of Ibadanland, Akinrogun of Edeland, Maiyegun of Ijero Kingdom, Seriki of Usi Ekiti, Agbaakin of Ila Orangun, Ashipa of Inisha Kingdom, Otunba of Ipetu Modu, Akinrogun of Ede, Otunba of Odo-Eku.

The recognition of his community service, traditional actions and philanthropy are not limited to Yorubaland. Dr. Iyiola Omisore has been further honoured with the title “Zege Huror u Kwande man ishan na” a title gotten from Kwande, Benue State in the Northern part of the country.

The College of Education, Ila Orangun, Osun State has equally honoured him with the “Fellowship for Good Human Relationship With People at the Grassroots” and “Invaluable Contribution Towards Alleviating the Problems of the Society” just as Rufus Giwa Polytechnic, his alma mater has also awarded him a fellowship of the polytechnic for “Valuable Contribution Towards Technological Advancement and Courses Accreditation.”

Senator Iyiola Ajani Omisore was born in Ile Ife, Osun State, on 15 September 1957 into a royal family line of the people of Ile-Ife, the cradle of the Yoruba race. He is the grandson of Lowa Omisore and his father is Oba David Olajide Omisore of Ayepe, Olode, Ile-Ife.

He is also the grandson of the late Olufewara Kabiyesi Oba Titus Adetoba of the Oseganderuku ruling house in Ifewara where his mother, Princess Emila Adejola ruled as Regent until her death in 2006. Iyiola grew up in Ile-Ife, in a very large and extended family where diligence, integrity and community service were part of both his heritage and leadership responsibility as royalty.

His parents were devout Christians and members of the SS Peter & Paul Catholic Church Lagere Ile Ife. Iyiola grew up and served as an altar boy to the priests, learning both the value of giving as well as tolerance for all religions and people. It was at this point that Iyiola started demonstrating the qualities of forthrightness; keen intellect and uprightness which not only set him apart from his peers but prepared him for community leadership and service.

At present, the senator holds a Ph.D in Infrastructure Finance from the International School of Management, Paris, France and he is currently undergoing his DBA programme at the same institution. In his pursuit of excellence, the Senator who is equally a fellow of the Institution of Mechanical Engineers, England and Wales underwent several courses in different high profile institutions. He did the Advanced Budgeting Course at the George Town University, Washington DC, USA; the Appropriations and Public Finance Course at the ABS Academy, Athens, Greece; the Advanced Leadership Course at the University of Carolina; The Innovation and Leadership Course at the West London College; the Public Finance Course at the Harvard University and the Aid Effectiveness and Donour Harmonization Course at the Internationale Weiterbildung und Entwicklung gGmbH, Germany.

In January 2013, he completed and was awarded a Doctorate Degree by the International School of Management in Paris. He majored in Procurement, Taxation, Corporate Governance, Infrastructure finance and Public-Private Partnerships. The concept of Public-Private Partnerships is a key part of the strategy that has been successfully used to provide the affordable infrastructure that meets public needs. The concept combines the best capabilities of the Public and Private sectors for mutual benefit.

READ ALSO: MANY DON’T KNOW I WAS BORN ON A MOVIE LOCATION