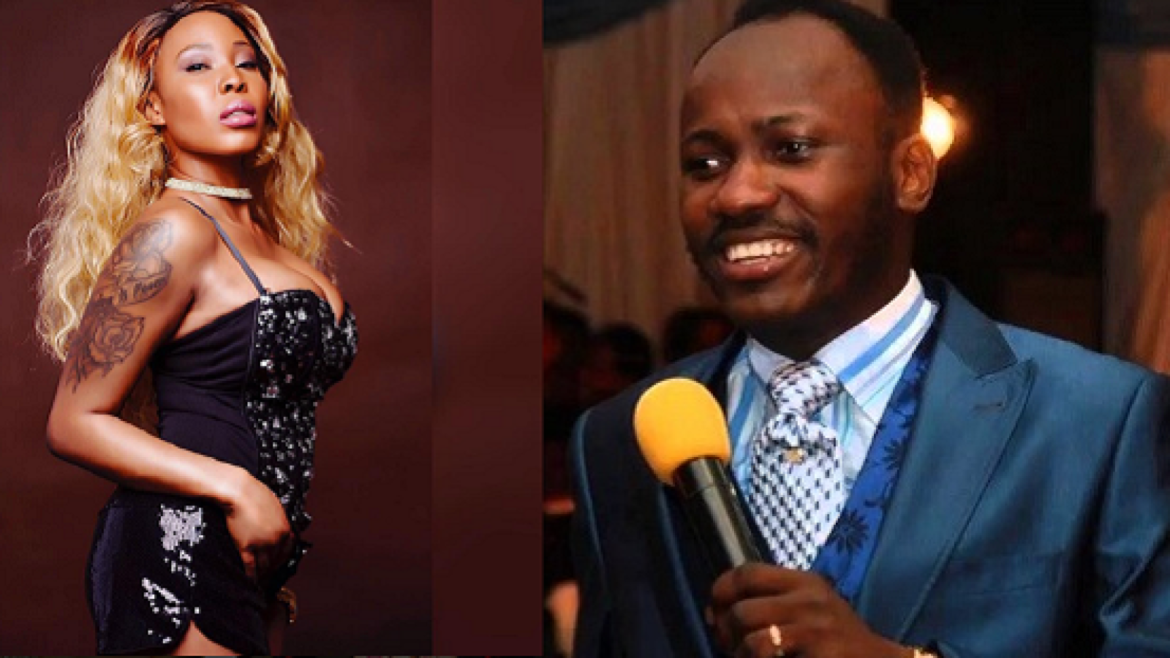 Apostle Johnson Suleman of Omega Fire Ministries has reacted to a trending story online about a lady, Stephanie Otobo, who allegedly claimed he slept with her and promised her marriage.

The pastor has distanced himself from the arrest and detention of Stephanie Otobo by the police last Friday, March 3, 2017 over alleged blackmail.
In a statement by his Communications Manager, Phrank Shaibu, the pastor said there’s no amorous relationship between the said Stephanie and himself, including a promise to marry her.
According to Shaibu, the lady was allegedly arrested by operatives acting on a tip off that the she had repeatedly tried to blackmail Suleman, including demanding N500m from him, failing which she threatened to expose a purported amorous relationship between her and the Pastor.
A lawyer, Festus Keyamo, had allegedly demanded N500m on behalf of the lady and also accused Apostle Suleman of allegedly procuring policemen to intimidate and detain her unlawfully, having earlier promised to marry her.
Shaibu said Festus Keyamo was misled into believing that there was a relationship between Apostle Suleman and Stephanie, addding that the lady was “caught up by her own machinations as she was arrested while trying to withdraw money paid into her account by the Church in a sting operation coordinated by the police.”
– Sting operation? This is really getting interesting.
Apostle Suleman Reacts: I didn’t promise that lady marriage, she’s a blackmailer was last modified: March 6th, 2017 by Daniji Emmanuel