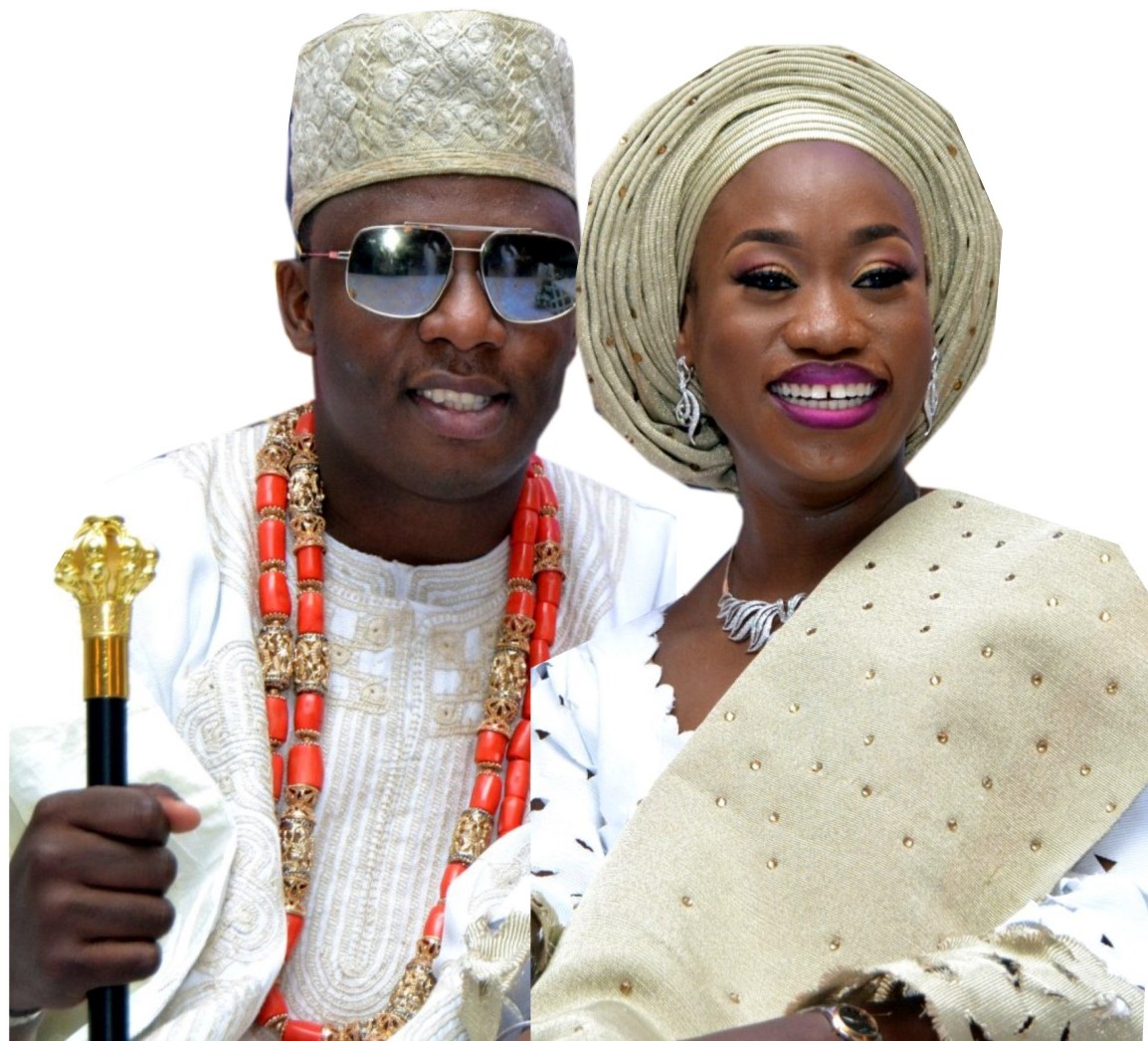 +Why It Was Star-Studded

Though the wedding first phase kicked off in Ibadan few weeks ago, many, who couldn’t make the Ibadan traditional wedding all came out in their large number for the classy wedding reception in Lagos. City People’s Assistant Society Editor, ABIOLA ORISILE was at the silver and ash event to serve you exclusive gists from the wedding reception. Below are excerpts of the event.

Right from the way the large guests were welcomed into the well decorated venue of the wedding, one could tell that only a pro like Princess Derenle Sijuade of Ruby Fay Events and planning company could do the magic.  She is the only daughter of Oloori Ladun Sijuade, wife of late Ooni of Ife, His Imperial Majesty, Okunade Sijuade. She has also handled many prominent weddings. This was why many were not surprised that she also did justice to the wedding decor and planning. Entering the venue, the ambience of the decor made many of the guests feel at home. The banquet chair was arranged in such a way that all the guests could view the dance section of the couple.

OVER 500 CELEBRITIES ROCKED THE SILVER AND ASH ASO-EBI

The only party which was on the lips of many South-West women in the month of November was the holy solemnization between Adedoyin Aisha and her handsome husband, Taiwo Taofeek Kafidipe.  This is because Aisha and her mum co-run her mother’s shop. Her mother even has a special line of trendy scarves which was named after her. Her mother is also very influential and close to all the ‘who is who’ in Nigeria’s corridor of power especially the  muslim community. To know Alhaja Sherifat Andu is to know her beautiful look-alike daughter. Not only is Aisha was a well trained and highly cultured young babe, she is also very friendly. This was why many who heard that she was signing the dotted lines didn’t only buy the fabrics, they saved the date.

Bolanle Ambode, the Executive Governor of Lagos state couldn’t make the event but she sent Segun Olulade, the darling wife of popular Lagos House of Assembly member, Hon. Segun Olulade representing one of the two Epe constituencies. Not only was she an early caller, spent many hours at the event before she left at few minutes past 6 pm.

OSUN DEPUTY GOVERNOR AND ADEJOKE ADEFULIRE MADE IT

Osun Deputy Governor, Mrs. Titilayo Laoye-Tomori was one of the early callers at the event. She walked in at few minutes past 3pm beaming with smiles as she took her seat at the reserved session for VIPS. She later joined the mother of the bride, Mrs. Sherifat Andu, when she was ushered into the hall. She was later joined by former Lagos Deputy Governor and Special Adviser to the President, Muhhamed Buhari, Mrs. Adejoke Adefulire. She was one of those who coordinated the cutting of the cake with Mrs. Foluke Abdulrasak.

HERE COMES THE PROUD MOTHERS OF THE BRIDE AND GROOM

The joy that flowed in the hearts of Alhaja Shareefah Abiola Andu and Alhaja Kudirat Abimbola couldn’t be contained, as their 2 children sealed their marital vows. They both looked so much like a bride themselves as their husbands watched them with admiration. Mrs. Shareefah was the cynosure of all eyes as she was elegantly dressed in a luxury lemon colour HOH lace sewed into traditional iro and buba. She had on a lemon shoe and purse to go with it while her 18 carat gold jewellery kept ‘talking’ as she danced in. Of course, Alhaja Kudirat was also up to the task, she danced in looking like a pack of diamonds.  One needed not be told that their children have made them proud, not only by excelling in their academic pursuits, but also by choosing for themselves the right partner.

SO, ACE BRAODCASTER, MODELE SARAFA YUSUF AND ARABEL ARE SISTERS…

Not many know that Mrs. Modele Sarafa-Yusuf and Alhaja Shareefah Abiola Andu are blood sisters. This was obvious at the Kafidipe and Andu wedding as she came with her large guests to witness the wedding of her niece. She was up and doing to make sure the event went as planned.  She also came with her large guests who flew in from Abuja with her. Her husband of many years, Alhaji Yusuf, was also in attendance with his guests.

A few minutes past 4pm, the entire hall went agog when the beautiful bridal train for the couple danced in. They dazzled many of the guests with their dance steps as they danced in, in twos. While many were admiring the bridal train, they also tried to catch a glimpse of what the couple rocked for their D-Day. They however took the guests by surprise when the guests were told to look towards the other direction.  The couple took guests by surprise as they came out holding hands while the stage decor was opened. It was a romantic moment as the flame of love and lighting covered them up while they walked like angels.  The ebony pretty bride, Aisha, looked stunning in a floor length milk cream coloured gown with an embellished Luxury Aisha head wrap cap from Arabel. It was one of the rare coloured caps, while her husband, Taiwo Taofiq complemented her in a  cream white suit.  The bride is a lawyer by profession while her husband is an Economist turned business consultant.

It was an emotional day for the beautiful bride, Aisha Andu and her look-alike mother, Mrs. Shareefah Andu. The beautiful bride who kept smiling throughout her day stunned the hall when she sang Adekunle Gold’s special song for mothers specially for her mother. Arabel danced so well to the song and sang along with her daughter.

Oil Magnate, Hajia Bola Shagaya was very visible at Aisha Andu’s wedding. She was spotted rocking the special aso-ebi which was picked for the large guests. She was seen with Lagos society matriach, Sis Abbah Folawiyo. They chatted freely while the event lasted.

At a few minutes past 5pm, the ever stunning wife of late Ooni of Ife, Olori Ladun Sijuade walked in elegantly and changed the tone of the party. Looking pretty as ever, she was welcomed by Alhaja Shareefah herself. As expected of the fashion pacesetter, Olori Ladun had no hiding place. Many of the guests couldn’t take their eyes off her new trendy “Swift” gele.

IT WAS AN ARRAY OF SOCIALITES