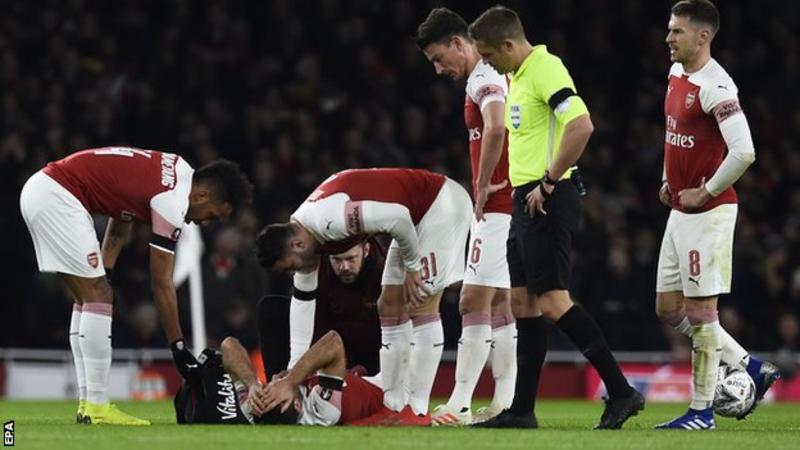 Arsenal’s Sokratis Papastathopoulos will be out until the end of February with an ankle injury.

The Greece defender, 30, was injured during Arsenal’s FA Cup fourth-round defeat by Manchester United on Friday, as was team-mate Lauernt Koscielny.

It was feared initially that Koscielny, 33, had broken his jaw; the club said he had suffered bruising, and was “being reviewed on a daily basis”.

He returned in December after seven months out with an Achilles injury.

The Gunners are without full-back Hector Bellerin, who has been ruled out for the rest of the season with a ruptured anterior cruciate ligament.