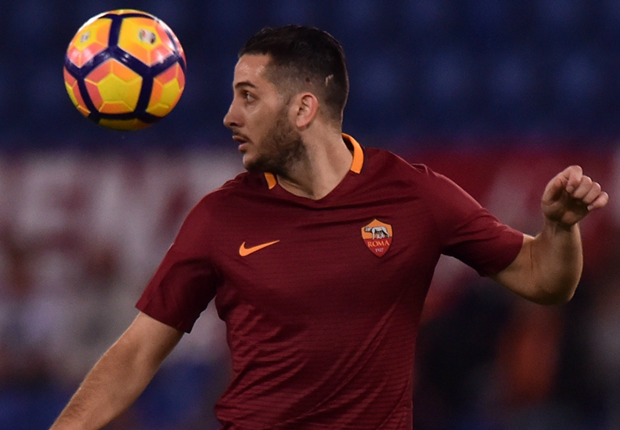 Arsenal were in negotiations with Roma over signing Kostas Manolas last summer, and used the defender as a pawn to sign Shkodran Mustafi, Goal can reveal.

The Gunners spent several weeks scouring Europe for a new centre-back after Per Mertesacker was ruled out for five months with a serious knee injury, before eventually signing Mustafi from Valencia, following protracted negotiations.

However, Mustafi’s transfer wasn’t easy to negotiate after Los Che set an asking price of £50million for the 23-year-old defender, and Arsenal were forced to call the Spanish giants’ bluff by putting in a bid for another highly-rated centre-back — Roma stopper Kostas Manolas.

Greek international Manolas has been one of Serie A’s top performers since arriving in Rome two seasons ago, attracting a host of interest from European giants including Arsenal, Chelsea and Manchester United.

While negotiations between Valencia and Arsenal began to stall during the final few days of the transfer window, chief transfer negotiator Dick Law flew to Italy where he met with Roma officials and lodged a bid of almost €40 million for Manolas.

“Roma refused an offer of almost €40 miilion from Arsenal for Kostas in the summer. The Gunners were really interested but Roma’s demands exceeded what they were willing to pay,” Manolas’ agent Ioannis Evangelopoulos told Sport FM.

When Valencia were informed that Arsenal had turned their attentions to another top European defender, it immediately drove the price down on Mustafi and put the Gunners in a much easier negotiating position going forward as they quickly finalised a transfer for an impressive £35 million.

It proved to be a productive summer for transfer fixer Law, chief executive Ivan Gazidis and manager Arsene Wenger after Arsenal spent in the region of £100 million on several players, including Granit Xhaka, Lucas Perez and Mustafi.

Mustafi, who made more interceptions (226) than any La Liga defender over the course of the last two seasons, had been on Arsenal’s radar for several months and has still yet to lose a game for Arsene Wenger’s side.

Goal also understands that Roma have not received an offer from any interested club for Manolas in January as it stands, but a move remains likely this summer for a similar fee to the one which Arsenal offered in August.

“I cannot say where Kostas would like to play,” his agent noted to Sport FM. “But it will be interesting to see which teams will come knocking for him.”

How Arsenal used Kostas Manolas as a pawn to sign Shkodran Mustafi was last modified: January 12th, 2017 by Damilare Salami