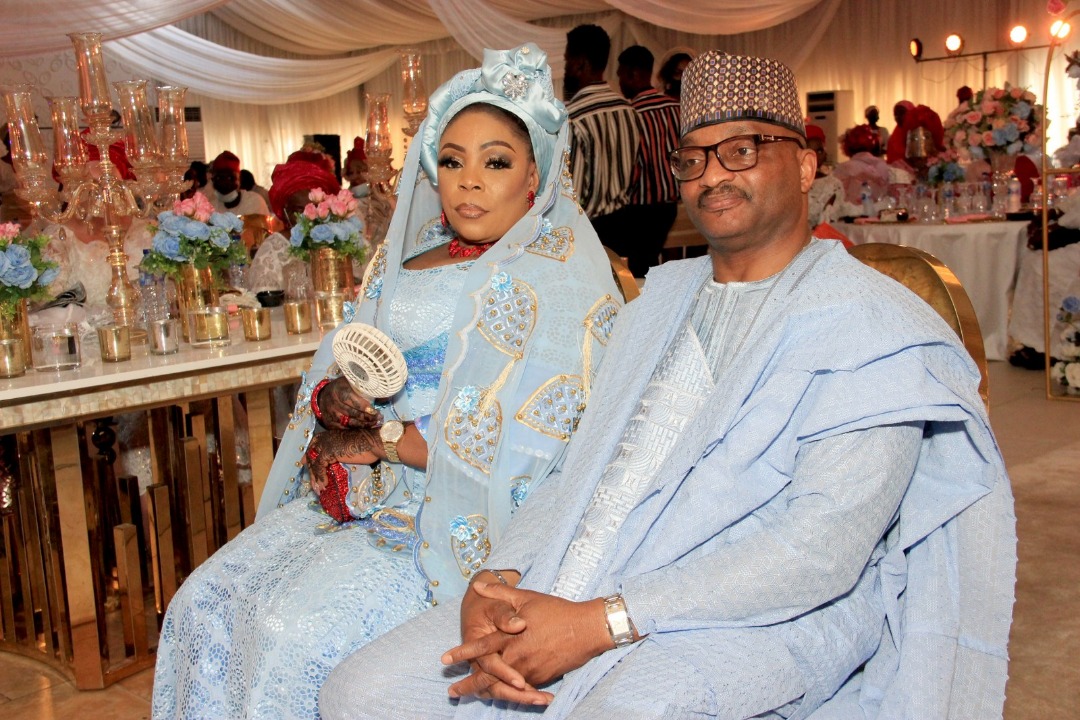 The entrance of the hall had bold back drops of the beautiful couple’s portrait,decorated with beautiful petals. As instructed by the event planner, Eventtories, the main hall had a special sitting arrangement to accommodate the Islamic lclerics and  guests. Alfa Jamil, the appointed Islamic head, began the ceremony by singing songs in Arabic language before prayers. After a short Sermon on the importance of a Nikkah ceremony, the bride and groom’ s family made their way to their seats. Adewale Adeniran (the groom) was ushered in with special Arabic songs and drums. After a short prayer and donations, the bride was also ushered in, the same way.

Alfa Jamil took  time to pray for both parents and the  couple,after which he asked if the “Sadaki” was paid in any form. After their response he went ahead to tie the “Igi” using a wedding band. After the rings were exchanged, the couple went ahead to sign their wedding certificates admist pictures and smiles.

Once again the head Alfa took  time to advice the  couple on the potency of their vows before praying  for them.

This marked the end of the Nikkah, the Akewi,in the person of Ajobiewe took to the stage to sing songs of praise in honour of the new couple, as Tunde Ara and his band prepared for the main event.

After this, Mc Mckennedy, the comedian took to the stage to crack some jokes, as the new couple prepared for their 2nd entrance. Few moments later, the groom stepped out in a white agbada,accompanied by his bride, dressed in a lovely golden dress with black and gold patterned gele.

As they danced in, Tunde Ara and his band kept on thrilling guests. After that, the family of the couple took their turns to hit the dance floor.Mc Mckennedy called the couple to the cake stand, prepared by Dew drops Cakes. After cutting the cake, the dance floor was declared open to all well wishers.

At The Classy Nikkah Of Funmilayo Faloye & Adewale Adeniran In Lagos. was last modified: December 23rd, 2021 by Reporter