Home News AT THE SERVICE OF SONGS FOR HON. KEHINDE BAMIGBETAN’S WIFE, FATIMAH IN LAGOS
News

AT THE SERVICE OF SONGS FOR HON. KEHINDE BAMIGBETAN’S WIFE, FATIMAH IN LAGOS 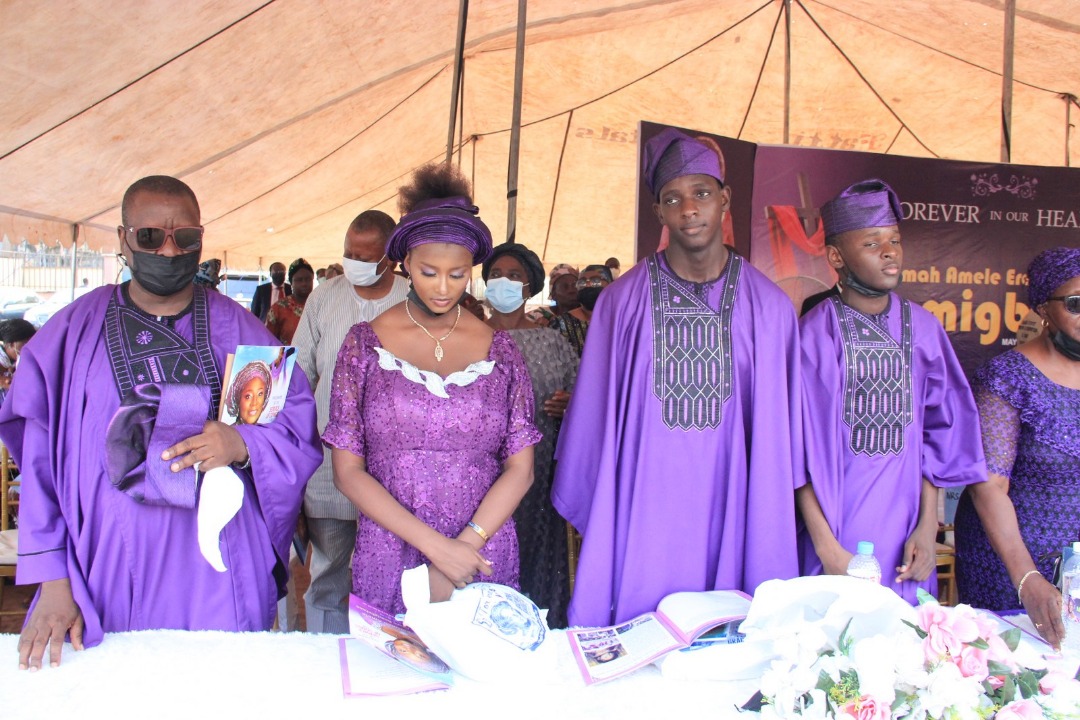 Life is not always how long, but how well it is lived. On Wednesday, 14th December 2021, a Service of Songs was held in honour of Hon. Kehinde Bamigbetan’s late wife, Mrs. Fatimah Amele Erepita Grace Bamigbetan. The service took place at the Ejigbo Mini Stadium, in Lagos State. It was conducted by officiating ministers from the RCCG Eternal Joy Parish & CAN, Ejigbo LCDA, Lagos State.

It was a short service witnessed by family members, friends, colleagues and church members. The Chairman of Ejigbo local government and his beautiful wife were also at the event. A slide show briefly revealed Mrs. Fatimah Bamigbetan’s life, especially her growing up years. She was said to be a very caring and disciplined mother to her children. She was also a very supportive and submissive wife to Hon. Kehinde Bamigbetan. In her life time, Mrs. Fatimah Bamigbetan loved watching Phillipine Films such as, Double Kara, The Legal wife and so on. She would be greatly missed by her kids, in-laws, tenants.

The people close to the late Mrs. Fatimah Bamigbetan said a lot of good things about her, while her best friend also spoke about how kind and generous she was. She loved helping the needy around her. Her daughter, Omokorede Bamigbetan, thanked everyone who graced the event, especially the Local Government Chairman and his wife and all the people in the neighbourhood.

Omokorede said she will miss her mom more, now that she has grown into adulthood. She said she would miss her everytime, because she usually prayed for her and her siblings, as she is going to miss the bond they also share.

Olumighty said he would miss his mom’s cooking, especially her Chicken Soup and Basmatic Rice and her usual visit to him in school (boarding) during the school Visiting days.

Bamikole said his mom taught him how to relate with people, as she knew the proper honour for everyone she met and taught him the same.

AT THE SERVICE OF SONGS FOR HON. KEHINDE BAMIGBETAN’S WIFE, FATIMAH IN LAGOS was last modified: December 15th, 2021 by Reporter

Tinubu, Akande, Osinbajo, Others Have Sold Out On Yoruba Race, Alleges Adebanjo