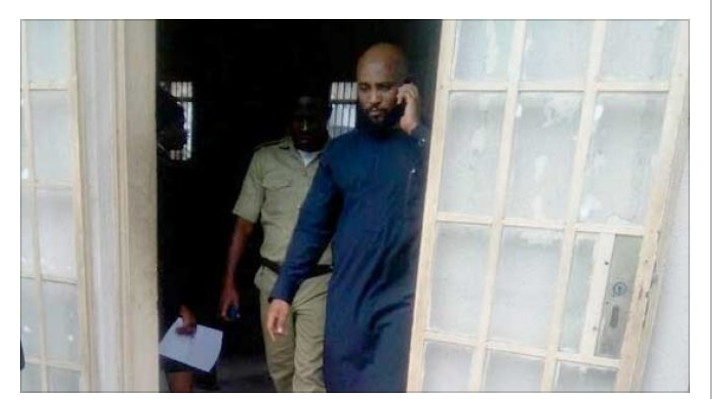 Aminu, son of Atiku Abubakar, former Vice-President, allegedly took his son away from ex-wife, Fatima Bolori, after losing custody of his two children on Wednesday.

Atiku was said to have snatched his son from the mother, locked him in his car and drove off.

The Nation reports that the incident happened around 1:59pm at the Tinubu’s Magistrate Court in Lagos, minutes after Kikelomo Ayeye, the chief magistrate, ruled in favour of Bolori.

Ayeye granted Bolori full custody of both children, Ameera and Aamir, after Atiku failed to file a response to her application for child custody.

The court ordered Atiku to pay Bolori N250,000 monthly for the upkeep of the children and ordered him to carry out medical insurance on the children.

Court proceedings were reportedly over before Atiku arrived with his legal team.

“The respondent failed to file a response. In view of the deliberate absence of the respondent and his legal team, I am constrained to make these following orders in default of respondent’s presence,” Ayeye said in her judgement.

“The respondent is ordered to effect medical insurance on each of the children.”