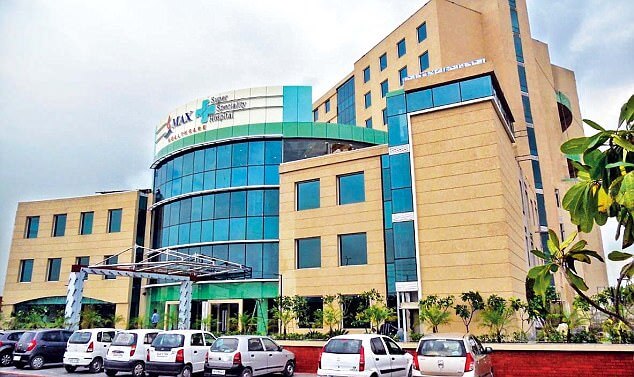 An investigation has been launched by the Police in Delhi, India after a baby that had been pronounced dead by doctors was found to be moving in a body bag as his parents prepared to deliver funeral rites.
According to The Guardian UK, two doctors have been sacked from Delhi’s upmarket Max hospital in Shalimar Bagh, where the boy and his twin sister were born prematurely at 22 weeks last week.
The girl was stillborn and the boy was in critical condition; soon afterwards, doctors pronounced him dead.
Indian TV showed images of yellow plastic bags in which the bodies were reportedly wrapped by the hospital and returned to the family.
“They handed us both bodies wrapped like a courier package from the back door,” the boy’s grandfather Kailash told NDTV. “After we travelled 3km, we felt a movement in one [bag]. We ripped it open, found bits of plastic and the baby inside, breathing.”
He said the family had been preparing to perform the last rites in line with Hindu funeral traditions when a relative felt one of the bags wriggling in his lap.
The boy, who has been given the name Champ, is on life support at a Delhi nursing home.
“The doctors at the nursing home told us that the boy has several infections because he was exposed to the environment and had been wrapped in plastic,” his uncle told local media. “They haven’t told us whether he’ll survive.”
The incident sparked outrage and protests outside the hospital at the weekend. India’s health minister, JP Nadda, called the incident “heartbreaking”. Delhi’s chief minister, Arvind Kejriwal, ordered an inquiry and said he would take the “strongest action”.
Max Healthcare said it was “shaken and concerned at this rare incident” and announced on Monday that the two treating doctors would be sacked. Separate inquiries by the hospital and the Indian Medical Association (IMA) are ongoing.
Delhi police have said the two doctors are among those being investigated in relation to possible charges of culpable homicide, an offence punishable by up to seven years in jail.
KK Aggarwal, the head of the IMA, said the episode was a tragic mistake.
“The difference between a mistake and negligence is deliberate action. I don’t think any doctor will do it wilfully,” he said.
In June another Delhi hospital sent a “dead” newborn home in a sealed package, where his family discovered the infant was still alive.
“I wouldn’t have opened the polythene if it weren’t for the ladies of the family – they insisted on seeing the boy’s face,” said Rohit Kumar, the child’s father. “When we opened the cover we found he was moving his hands and feet.”
The premature baby, weighing less than 500g (1lb), was rushed back to hospital but died a short time later.
Baby Boy Found Moving Inside a Body Bag After Being Declared Dead By a Hospital was last modified: December 6th, 2017 by Arinze Ago

A man has been buried in his...