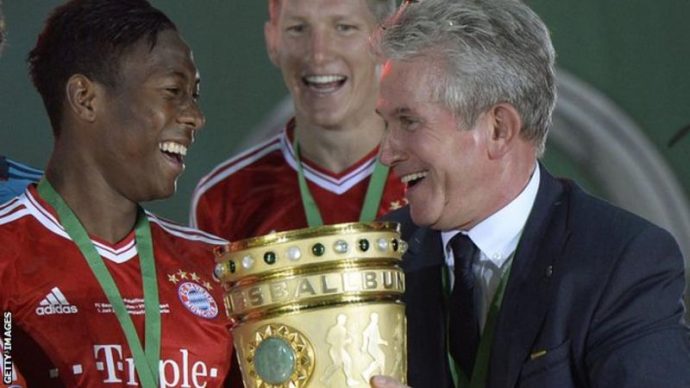 Bayern Munich have appointed former coach Jupp Heynckes as their manager until the end of the season.

This following the sack of Carlo Ancelotti, after losing to Paris Saint Germane.

Ancelotti left in September with Bayern third in the Bundesliga, five points behind leaders Borussia Dortmund.

Heynckes, 72, has coached Bayern three times before, most recently in 2013 when the side won the Champions League, Bundesliga and German Cup treble.

“I would not have returned to any other club in the world,” he said.

Heynckes considered retiring in 2013 after he was replaced by Pep Guardiola and at the time said he would not coach again in the Bundesliga.