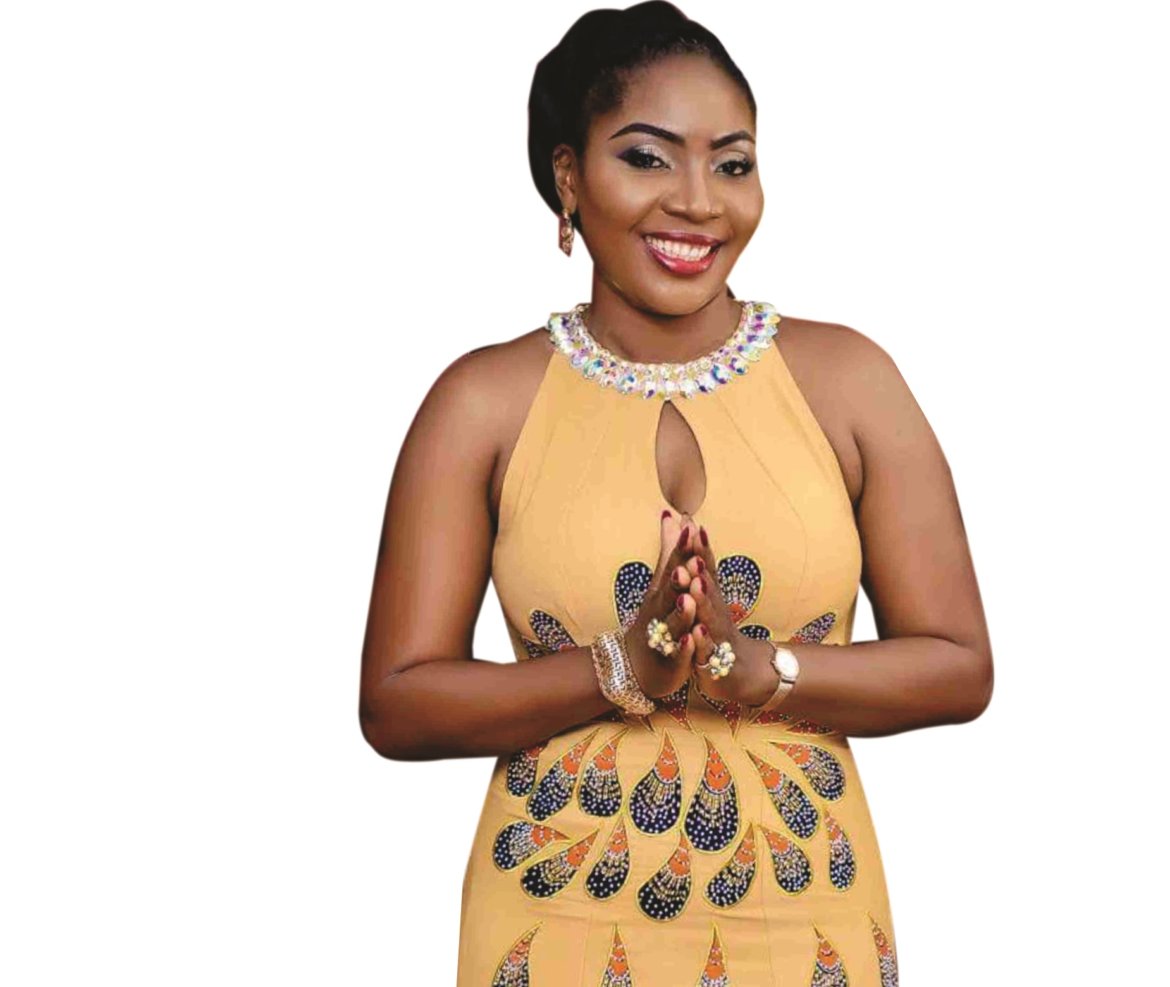 Abeokuta Sports Club is the most popular sport and social club in Ogun State. It’s a place where the elites from all walks of life meet to mix, relax and get involved in different sport activities from different sections. Since the inception of the club 113 years ago,  the club has never had a female as head of a Section or being part of the club’s  Exco members. History was, however, made a few weeks back, when former two-term Ogun in Abeokuta Assembly member, Hon Adijat Adeleye Oladapo, emerged the first female Mayor of the Moonlight Section.

The Section was created more than 20 years ago and it is one of the most sociable and popular sections of the club. Honorable Adijat, who represented Ifo 11 Constituency for 8 years, opened up to City People OGUN Correspondent, BUNMI MUSTAPHA on how she joined the club 10 years ago and how being a grassroots politician made her emerge the first female head of section at the club

I have been very busy with my mayoral ambition, that is the head of  the Moonlight Section of Abeokuta Sports Club. That is what I have been doing for some time now. I came out to contest for the mayor of the section, of a club that is 113 years old, while  the Moonlight Section is about 20 years old, and in the history of the club, no female member has ever headed any section, not to talk of being an Exco member of the main club. The club has never had any female member as its leader be it, a deputy mayor, Vice President or Secretary. I believe with God and the men that we have there, I believe nothing is impossible.  We thank God that today, God has made that possible for us.

How many years have you been a member?

What inspired you into joining the club?

First, I am someone who likes mixing with people, and Abeokuta Sport Club is not just a club, it is a sport club, so I see it as an avenue to take care of my health. I like to play lawn tennis, that’s why I love the place because it is a combination of sporting and social activities. I’m a sociable person,  but sporting activities are an addition for me, because we have different sporting sections. We have tennis section,  table tennis,  squash,  darts and other different sporting sections. They are among the features that attracted me to the club.

Since you joined the club, what would you say the club has changed about you?

Well, first, that will be my outlook about life. It’s a club of more than two thousand members, from  different walks of life. In my section, for example  we have civil servants who are directors in the civil service, lectures from different universities and polytechnics, we have many people with diverse background and when you sit down with them, you can see things from other people’s perspectives, which gives you a broader outlook about life. At times, we sit  and  discuss politics, sometimes economics, sports and various other  issues. So, being a member of Abeokuta Sport Club has actually enriched my knowledge about life.

With the active participation of many men in the club’s affairs, while women are on the sideline of the club, do you sometimes feel intimidated?

May be my background as a former member of the state House of Assembly, you know,  was a guard against intimidation.  Coming from politics, I was in the office, in the House of Assembly,  that gives 26 members and  just two women. I was the only female on the floor. My second term  still  had just two women.  So, majorly in my journey of life, I have related so much with the male gender, so that gve me the leverage to be able to survive in the club.  At this point, let me say thank you to the members, because they took me as one of them, they don’t wear their gender on the sleeve in their relationship with me. Yes, women are not many. If I am not mistaken, I don’t think  women in the club are up to a hundred. So, for you to contest and hold an office there, just give it to the men, who are members. It simply means they are gender sensitive, they love the fact that women are part of the club, so I want to use this opportunity to say thank you to them for their support so far.

Now that a female is heading a section after 113 years, do you think this will make other female members in the club want to be more active politically at the club?

I truly and sincerely believe that, my emergence as the first female head of section in the club  that was established in 1904,  would ginger other women.  One, to want to join the club, second,  to aspire for posts in the club. You know, in a situation whereby you have to many men, the women might feel intimidated that men may not support their bid for posts in the club. I have  however, been able to disabuse their minds. Yes, we are not as many as the men, when you consider the Nigerian or American factor, you know not every man gives his woman an opportunity to be part of such clubs.  What people don’t really know is that, Abeokuta Sport Club is not just a social club, yes, we have social sections, but it is primarily a sporting club. How many men could give their wives an opportunity to be part of such an organization? I believe my emergence would gear women up to contest for  posts in the club and to encourage other women who are outside to know that, yes the club is opened to both men and women.

What are your plans to move Moonlight Section forward?

Knowing we women and the way we do things, let me give kudos to all the past mayors of my section  for the wonderful work they have been doing to put the section where it is today. They have really put the section on a strong foothold, but then women, as feminine as we can be, that  feminine touch  will always be there, so we are planning to bring that soft touch to the section. Part of our programme is that, looking back today, we have some of our past mayors who later emerged  president of the club and when you look at the way things went then, no section can say Moonlight Section should go and sit down.

Moonlight is one of the core section in the club. The current exco was able to provide us with our own water supply.  Earlier, there was  water challenge  in the club and the Moonlight section was the first and if I am not mistaken, the only section that provided its own water  The section even extended  water to supply to  the  lawn Tennis section, in the same vain I believe we are due for our own bus, you know we are also a social section.

The Moonlight section has more social activities than the other sections and there are times when you are going to a social functions and some people  might not want to go in their personal cars, for different reasons. That is why we believe we should buy a bus, this is part of our programmes.  Second, whenever there is no power supply and the club generator, which powers  all the sections is on, we cannot power our refrigerators, chillers and air conditioners.

This has been a major challenge for us. As a social section, moonlight is a section that when you get there you must always get  chilled drinks, but because of the way the generator’s electricity  supply has been fluctuating, there are times that we don’t have chilled drinks, and it’s only the fans that are working in the same building, we won’t be able to run the air conditioners. We want to make the section comfortable for our members so that it would attract other people to  join our section.

So, we believe we need a sound-proof generator so that whenever there is blackout, we won’t need to wait for the central generator.  We want to see what we can we do for the club, rather than what can the club  can do for us. If we are no longer sourcing power from the central generator, other sections would have access to more power. We are looking at reconstructing our toilet facilities to meet up with the modern day  standard.  In the same vein, we have huts that we want to  remodel  without tampering with the legacies of the past mayors who brought about that innovations.

We are usually troubled with flood whenever it rains because of the way the club was built. We want to control the flood. It’s a major project too and we don’t want to wait for the club. Though we still need the support of the club, but at least let us carry our own burden so that by the time we have done our part, the club could come into then help.

At this point, I want to say that there is something that has been sustaining us in the Moonlight Section and that is love and unity in which we have been living.  we have to rejoice with ourselves, we have to continue living in that one love so that people can really have the benefit of being a member of the club and being a member of the Moonlight Section.

I have about 3 past mayors, who have become presidents in the club. At the same time, they are  my mentors, who are role models as I want to be like them. Let us see how far we can go, then we can now begin to look at the future. Lets sort out the present, then the future would reveal itself.

Currently, I have put politics on one side, as I do say this always that it is not only in politics that you can influence people. There are several ways that you can contribute your quota to the development of your community or your society, right now I want to contribute to the development of my section at the Abeokuta sport club, when the time comes, I will sit back and look at which way to go towards 2019, but for now, for me, it is Moonlight Section and Abeokuta Sport club.