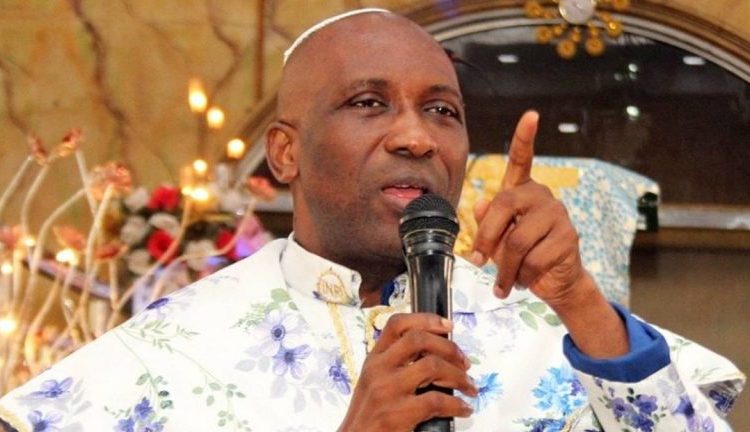 The Leader Of INRI Evangelical Spiritual Church, Primate Elijah Ayodele definitely needs no introduction, he has become a household name for Nigeria, the African continent and across the nations in the world for his unique prophetic ministry.He has well over 15,000 fulfilled prophecies to his credit and now, it seems like there is no event that happens around that world that Primate Ayodele didn’t prophesy. There are always references to his prophecies whenever any notable event occurs, be it good or bad.Some events that happened in the last few days have also been linked to the prophecies Primate Ayodele said in the past and recently.There was a landslide In Cameroun last week that claimed the lives of some citizens. Primate Ayodele in his annual book of prophecy titled Warnings To The Nations specifically warned Cameroun against having land issues. He warned them against natural disaster and the landslide was a confirmation of his prophecy.The former president of China, Jiang Zemin died two days ago due to multiple organ failure. Primate Ayodele had in his prophecy book foretold the death of some former presidents in the world. Jiang Zemin has fulfilled the prophecy. Also, the governor of Adamawa, Ahmadu Fintiri has escaped death twice in one week after his convoy got involved in a crash four days ago and another yesterday. This led to the death of some of his aides. Primate Ayodele had in an online news outlet warned Nigerian governors to be careful of sad situations like this.Furthermore, Primate Ayodele was in the news recently when he revealed that star footballers will not make their teams proud at the ongoing world cup in Qatar. Primate Ayodele said it in a video interview uploaded on tiktok that some big names will not shine in the tournament while warning their countries not to rely on them. Just as he said, the world cup has been described as a mystery following the developments that have happened during the course. Despite having arrays of star footballers, Germany was kicked out of the tournament, Belgium followed suit, Tunisia defeated France, Saudi Arabia defeated Argentina, Messi and Ronaldo have been struggling to make a significant difference in the tournament unlike before. These have fulfilled the prophecy of the man of God concerning Qatar 2022.These prophecies and more have confirmed Primate Ayodele as a true servant of God who doesn’t speak without hearing from God.

10 Showbiz Death That Shook The Industry