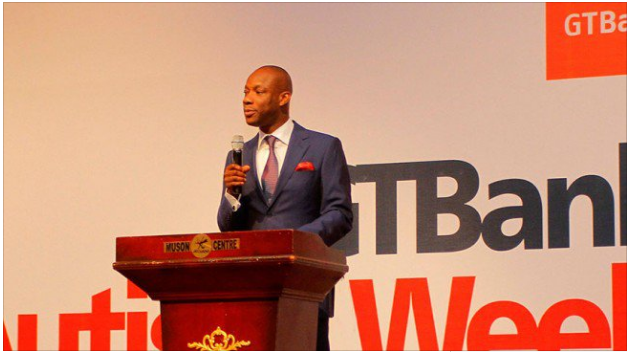 The restructuring of Guaranty Trust Bank (GTBank) Plc into a financial holding company has shown it’s moving several steps forward with rise in equities. On Wednesday, November 4, 2020, the company informed the investing public that it had obtained an approval-in-principle from the Central Bank of Nigeria (CBN) and a No-objection from the Securities and Exchange Commission (SEC) to restructure.

According to the notice signed by Erhi Obebeduo, the scribe of GT Bank, after the exercise is completed, GTBank, which will now become the banking subsidiary of the new entity, will be delisted from the Nigerian Stock Exchange (NSE) and the London Stock Exchange (LSE), where shares of the firm are currently being traded. On the local exchange, equities of GTBank went up on Thursday as at press time by 15 kobo or 0.47 per cent to N32.25 each.

According to BusinessPost, It was explained that the banking arm of the holdco will be re-registered as a private limited liability company, though under the relevant provisions of the Nigerian law. However, a deal will be struck with shareholders of GTBank for the exchange of the bank’s stocks for the stock of the new financial holding company at a court-ordered meeting to be fixed by a Federal High Court in Nigeria.

According to the disclosure, “under the restructuring, it is proposed that the issued shares in the bank be exchanged on a one-for-one basis for the shares in a financial holding company. “The bank’s existing Global Depository Receipts (GDRs) are also proposed to be exchanged on a one-for-one basis for the new GDRs to be issued by the financial holding company.” GTBank explained that the holdco would have an “organisational structure similar to that used by a significant number of major financial institutions” in the world and would be “regulated by the CBN,” the banking watchdog in Nigeria.

The lender further explained that the new arrangement was expected to create more value for the company and the shareholders as the “the board of directors of GTBank made the decision to embark on the restructuring following a comprehensive strategic evaluation of the operating and competitive environment of the Nigerian banking sector in the near term.”

“The board expects that the financial holding company will have greater strategic flexibility to adapt to future business opportunities as well as market and regulatory changes than is currently the case,” it said.

BETTER DAYS AHEAD FOR GTBANK was last modified: November 13th, 2020 by City People