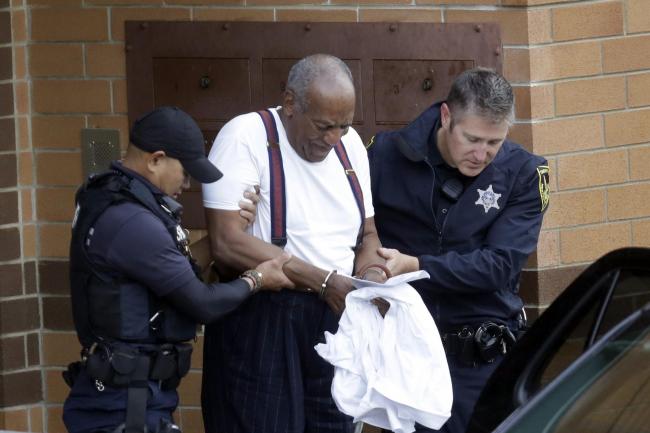 Bill Cosby’s lawyers have asked a Pennsylvania court to overturn the actor’s conviction and three to 10-year prison sentence because of a string of errors in his sex assault case.

The defence motion argued that trial Judge Steven O’Neill erred in declaring Cosby a sexually violent predator who must be imprisoned to protect the community.

Lawyers called the sentence more punitive than necessary, given the standard two to three-year guideline range for the crime and the fact Cosby is 81 and blind

They also said the trial evidence never proved the encounter with accuser Andrea Constand took place in 2004, and not 2003, or that Cosby was arrested within the 12-year time limit.

Cosby was arrested on December 30 2015 and was convicted at a second trial this April.

He has been in a state prison near Philadelphia since the September 25 sentencing, when the judge refused to let him stay out on $1 million bail pending appeal.

Given his fame, wealth and use of drugs to molest the accuser, the judge said Cosby could remain a threat to other women.

The defence motion said Judge O’Neill improperly considered the trial testimony of five other accusers in sentencing Cosby, instead of limiting that “prior bad act” testimony to the question of his guilt or innocence.

Judge O’Neill, in explaining the sentence in court, told Cosby he considered “voices from the past, your past,” and that he “heard their voices loud and clear,” the defence said.

The lawyers also challenged the state’s sex offender laws, which have been revised several times amid challenges they are unconstitutionally vague.

The law requires judges to find that a sexually violent predator has a “mental abnormality,” a term they said has no legal or psychological meaning, yet subjects defendants to lifetime counselling and police registration.

Kate Delano, a spokeswoman for the Montgomery County District Attorney’s Office, said the office will file a response.