Bobrisky has not pushed me out of relevance- Denrele Edun 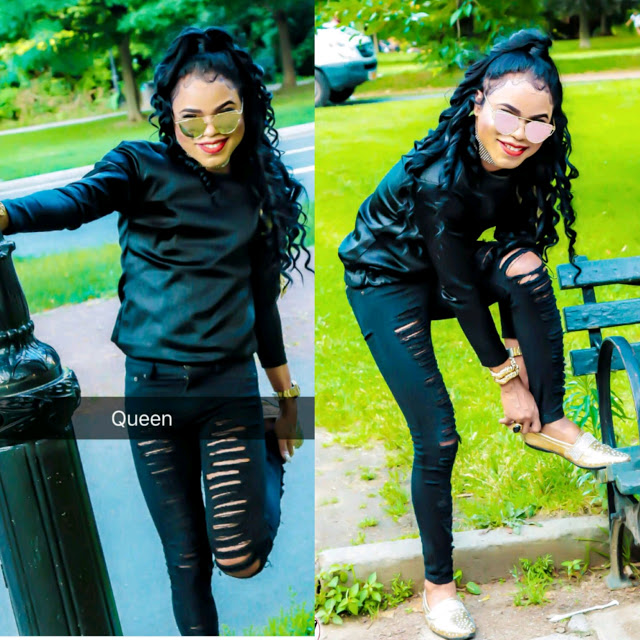 Replying a follower who claimed that fellow cross dresser, Bobrisky has pushed him out of prominence, self acclaimed red-carpet god, Denrele, revealed that he still has his place in the industry.

According to him, he has been gaming since 1995, he’s a media guru and his relevance in media is steel tough.

Read their exchange below; 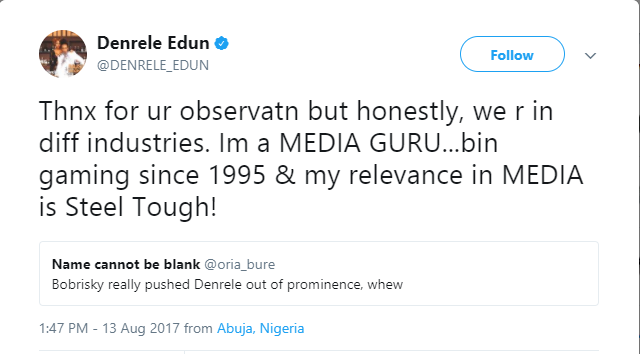 Bobrisky has not pushed me out of relevance- Denrele Edun was last modified: August 14th, 2017 by Reporter

3 Star Actresses Fans Are Crazy About