Boko Haram: Defeat Claims Might Be A Ruse- Fani-Kayode 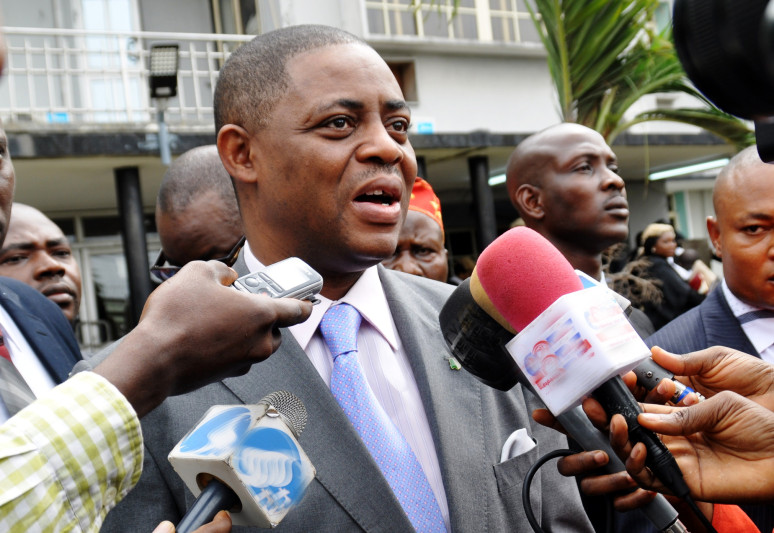 Femi Fani-Kayode, former Aviation Minister, has revealed his conversation with an unnamed retired General over the fall of Sambisa forest, the last stronghold of the Boko Haram sect.

Fani-Kayode, in the conversation he sent to DAILY POST Monday evening, noted that the claim by the Nigerian government that Boko Haram had fallen was a lie.

His words is reproduced unedited below;

“A retired General shared this perspective with me. He said the recent noise about defeat of BHT (Boko Haram terrorists is so deceptive.

“It must be noted as a mission in furtherance of their belief & propaganda to achieve 2 things. First to vindicate Islam by presenting it as not being responsible for all the evil done by this terrible Jihadists movement.

“He had devoted a substantial portion of his inaugural speech in trumpeting this deception. Much of what he had to say there was to insist that Islam was not responsible for the atrocities.

“That message was more of an imam’s speech . The fact is that the last regime had already positioned the military to finally destroy the BHT even while the tyrant & his APC were busy encouraging & profiting from the exploits of the evil organisation.

“Secondly, himself, his party & many muslim fanatic military officers who were so committed to sabotaging the counterterrorist operations under Jonathan were mainly concerned that, Jonathan, an ‘infidel’ must not be credited with defeating an organisation identified with Islam.

“This to them would be an unacceptable aberration. Most of those officers sabotaging the operations under last leadership eventually became the earliest appointees to command in the NA (Nigeria Army) as soon as the tyrant assumed power.

“People fail to ask what really is his tangible strategic input of this tyrant to this defeat of BHT that he so much wants to be credited with? All the equipment used were procured by last regime. All the Special forces were trained under last regime.

“The MNJTF was an idea fully packaged by last regime. The massive recruitment, retraining & restructuring of NA all under last regime. The efforts to restore discipline which opposition politicians worked to undermine & incite was also not by this wicked regime of propagandists.

“In actual fact, part of the reasons anger of the tyrant’s regime agsinst Dasuki & leadership of military under Jonathan was because of the totality the efforts to roundly defeat BHT & terrorism in Nigeria.

“This is the background & the true narrative of the much noised December 2016 victory over BHT. I wish this understanding is available to Nigerians & historian on our nation’s travails.

Boko Haram: Defeat Claims Might Be A Ruse- Fani-Kayode was last modified: December 26th, 2016 by Reporter