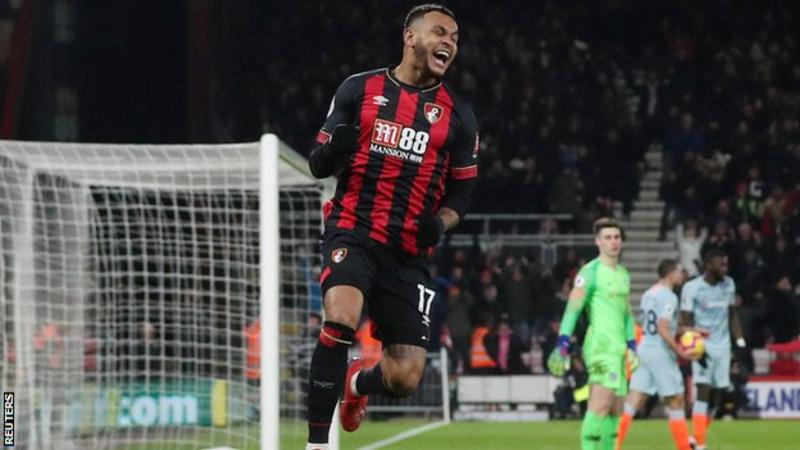 Chelsea slipped out of the top four in the Premier League as two goals and an assist by Joshua King helped Bournemouth to a thumping victory over the Champions League hopefuls.

King scored either side of a composed David Brooks finish, before Charlie Daniels added a fourth as the Cherries condemned the visitors to a second consecutive league defeat.

Bournemouth were fortunate to be level at the interval as Artur Boruc produced five impressive saves to deny a Chelsea side that failed to penetrate their hosts’ defence despite 70% of possession.

But the hosts took just two minutes of the second half to go in front as King arrived late in the Chelsea box to smash Brooks’ cutback past goalkeeper Kepa Arrizabalaga.

The duo combined again for the second as King lofted the ball over a scrambling Chelsea defence for Brooks to latch on to and fire into the bottom corner.

The influential Welshman hobbled off in the second half, but King added a third with the final touch of a flowing Bournemouth move – a right-footed finish from close range.

Substitute Daniels produced the finishing touch within a minute of being on the pitch with a stooping header in injury time.

A second consecutive league win for Bournemouth moved them up to 10th in the table, while Chelsea drop to fifth by virtue of scoring fewer goals than Arsenal.